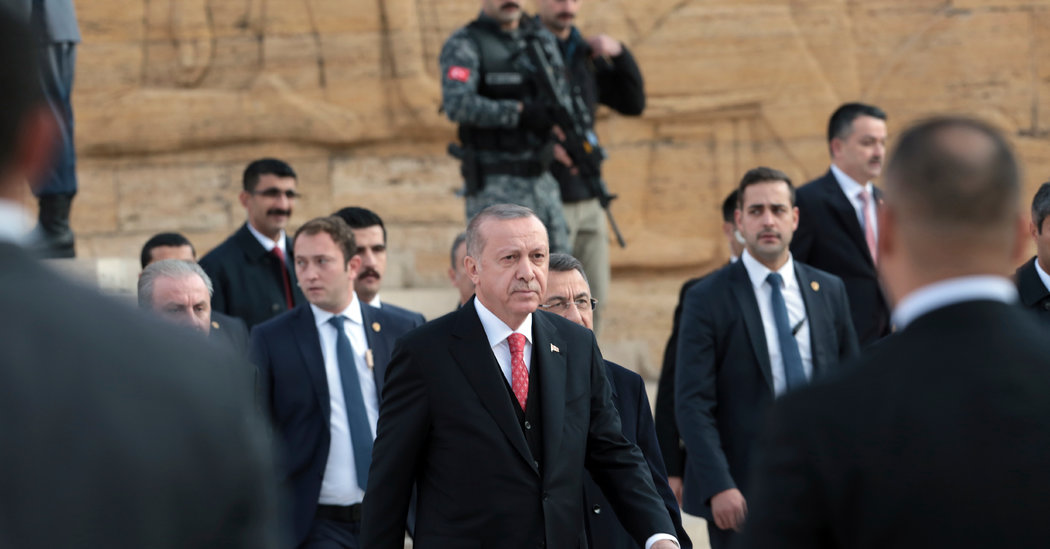 But as Saudi Arabia has bungled its response to the killing — denying it for weeks, then calling it an accident, and later acknowledging evidence of premeditation — Mr. Erdogan’s posture has shifted.

As criticism has mounted, he has evidently calculated that he can deal a serious enough blow to Prince Mohammed to permanently cripple him. When other news in the West threatened to push Mr. Khashoggi from the headlines, Turkish allies of Mr. Erdogan have reached out to Western journalists, probing for ways to keep it alive.

In Washington, where the midterm elections have eclipsed news of the case for the last two weeks, the Trump administration is expected to announce economic sanctions against Saudi officials linked to the murder, according to current and former officials.

At the White House, as well as the State Department and the Treasury Department, officials have discussed imposing the sanctions under the Global Magnitsky Act, which gives the executive branch the power to punish foreign officials involved in human rights abuses. The announcement could come in days.

The administration has also shown growing impatience with Saudi Arabia’s handling of the war in Yemen. Last week, Defense Secretary Jim Mattis and Secretary of State Mike Pompeo called on all sides to end hostilities and take part in United Nations-led negotiations. But Saudi leaders did not immediately move to limit their airstrikes, angering some in the Trump administration, according to former officials.

“The Saudis have escalated; they have intensified the war,” said Bruce Riedel, an expert on Saudi Arabia at the Brookings Institution. “It is a very public rebuke of both the secretary of state and the secretary of defense by the Saudis. The administration has not said anything about that. But curtailing air refueling would be their response.”

The American support for the Saudi-led war in Yemen has been deeply controversial, especially as civilian casualties have mounted — many children are among the victims — and a famine resulting from the war has gripped the country.

The administration has faced growing bipartisan criticism over the American military’s support for the Saudi campaign. On Friday, Senator Todd Young, Republican of Indiana, and Senator Jeanne Shaheen, Democrat of New Hampshire, called for an end to the air- refueling mission.