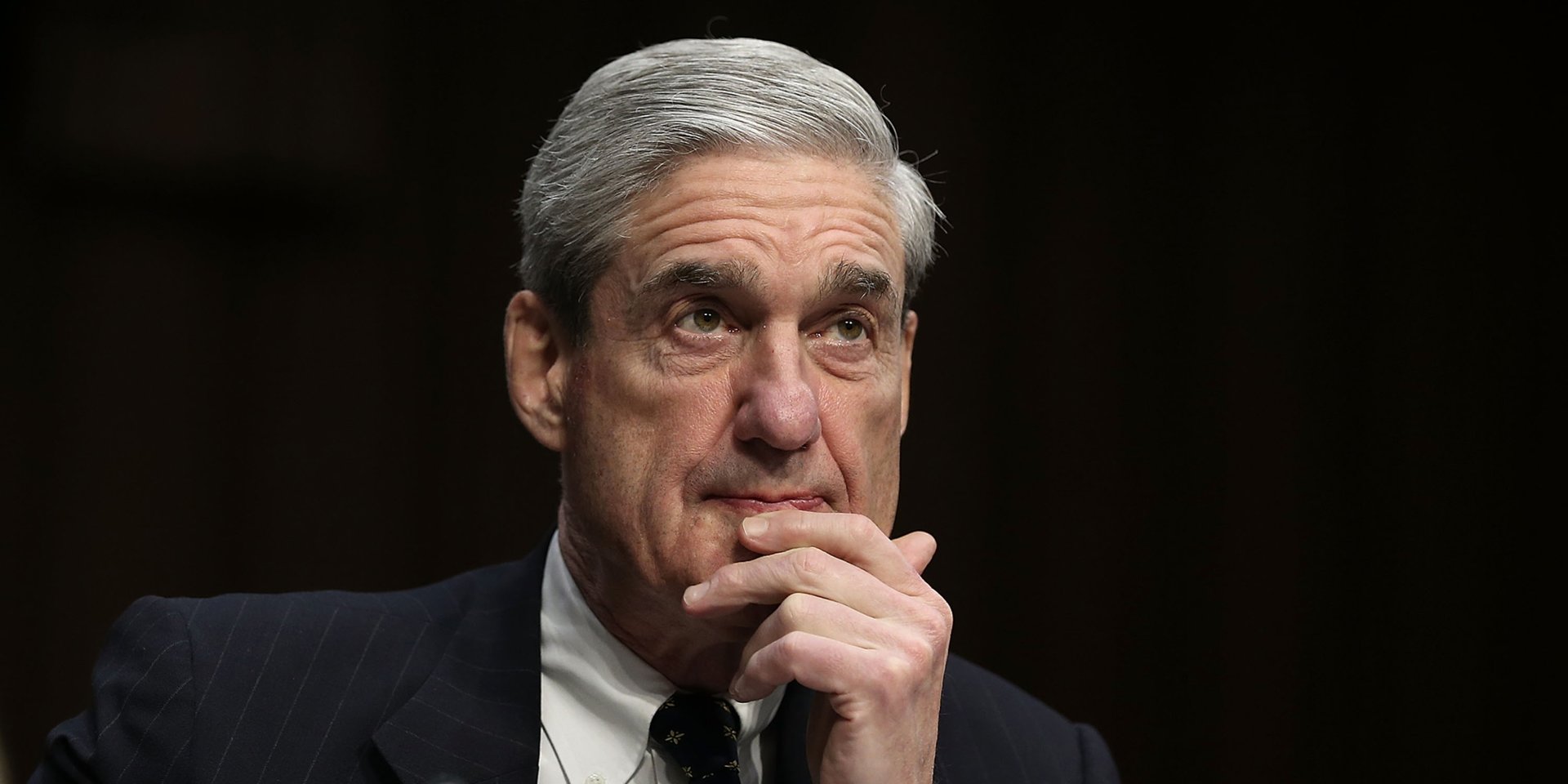 Rudy Giuliani laid out three conditions on Tuesday that he said the special counsel Robert Mueller needs to meet for the White House to waive executive privilege over information he’s gathered in the Russia probe.

Mueller is investigating Russia’s interference in the 2016 election, whether members of the Trump campaign colluded with Moscow, and whether Trump sought to obstruct justice during the course of the investigation. Mueller’s team is said to be close to wrapping up its obstruction inquiry and is preparing a report of its findings.

As prosecutors put together the report, Trump’s current and former lawyers have said that the information contained in it is protected by executive privilege. For that reason, they say the White House needs to sign off on the report’s final version in the event that deputy attorney general Rod Rosenstein — who is overseeing Mueller — chooses to release it to Congress or the public.

Giuliani said Tuesday that Trump’s team would waive executive privilege if “we had an adequate opportunity to review the report before it was released to the public; if we felt that — even if we disagreed with its findings — it was fair; and if we had the chance to release a rebuttal report simultaneously that addresses all of Mueller’s allegations.”

But as of now, he said, the White House “reserves its privilege.” He added that Trump’s legal team had a commitment to that effect from Mueller. Asked whether Mueller also agreed to allow Trump’s team to review a draft of the report before it is released, Giuliani said he wasn’t sure if the two sides had reached a consensus on that.

Meanwhile, John Dowd, who led Trump’s defense team until Giuliani took the helm earlier this year, struck a combative tone when asked about the status of the Russia investigation last week.

“Who says he’s going to release a report?” Dowd said of Mueller. “Mueller can’t release a report because any information he gathered for it is protected by executive privilege. He needs permission from the White House to release it.”

He went a step further than Giuliani, saying that Rosenstein is not authorized to release a report without the White House’s sign-off because the Justice Department also falls within the executive branch.

Mueller, for his part, seems to acknowledge that the issue of executive privilege could complicate matters in the investigation, particularly as it relates to a presidential interview.

The special counsel and Trump’s legal team have been engaged in a tug-of-war since last year over the terms of the interview, with Trump’s lawyers pushing hard for Mueller to agree to narrow the scope of questioning and accept written answers from the president as opposed to an in-person interview.

On Tuesday, The New York Times reported that Mueller agreed to accept written answers from Trump on some questions about potential collusion with Russia. However, the report said he did not seek written answers to questions in the obstruction thread because he knew some of the information could be protected by executive privilege.

Trump’s allies reportedly view Mueller’s concession as proof that his questions for Trump will be narrower than previously thought. But legal scholars say that if Trump’s team continues tangling with the special counsel over the issue of privilege, it will be an uphill climb for the White House.

Renato Mariotti, a former federal prosecutor in Chicago, said that while the White House could theoretically claim that certain information in a report from Mueller is protected by executive privilege, a court would most likely strike that argument down.

“What the White House would essentially be saying then is that a prosecutor can obtain information from the president or the White House, but they can’t do anything with it,” Mariotti said. “That’s a very weak argument.”

Jeffrey Cramer, a longtime former federal prosecutor who spent 12 years at the Justice Department, said there were two main reasons why broadly asserting executive privilege would be “a hard argument to make legally, and a foolish one to make politically.”

In the political realm, he said that if the White House tries to “start redacting the report before it even gets to Congress, which could weigh impeachment proceedings, that’s not going to fly.”

Legally, he said that based on his interpretation, the independent counsel, while under DOJ supervision, is not part of the executive branch.

Trump may have also been his own foil when it comes to claiming privilege over information related to some of the most pivotal events in the obstruction inquiry — for instance, the firing of then FBI director James Comey.

Cramer said Trump “eviscerated” any possible privilege assertion when he tweeted about Comey after ousting him.

The bottom line, he said, is that for the White House to assert executive privilege over information contained in Mueller’s report, “it would have to be something that Trump didn’t tweet or talk about. And I don’t think there’s much left in that universe.”

Giuliani told The Daily Beast that he and Trump’s other lawyers are putting together a counter-report in anticipation of Mueller’s final report.

He added that the counter-report will contain two sections: The first will question the legitimacy of the Russia investigation by highlighting the purported conflicts of interests Trump’s lawyers claim that federal investigators face, and the second will address specific claims put forward in Mueller’s report.

While Mueller has indicated to Trump’s team that he is close to wrapping up the obstruction inquiry, he has given no indication that he is nearing the end of the collusion thread. Even so, Giuliani said Tuesday that he expects Mueller to conclude both investigations at the same time.