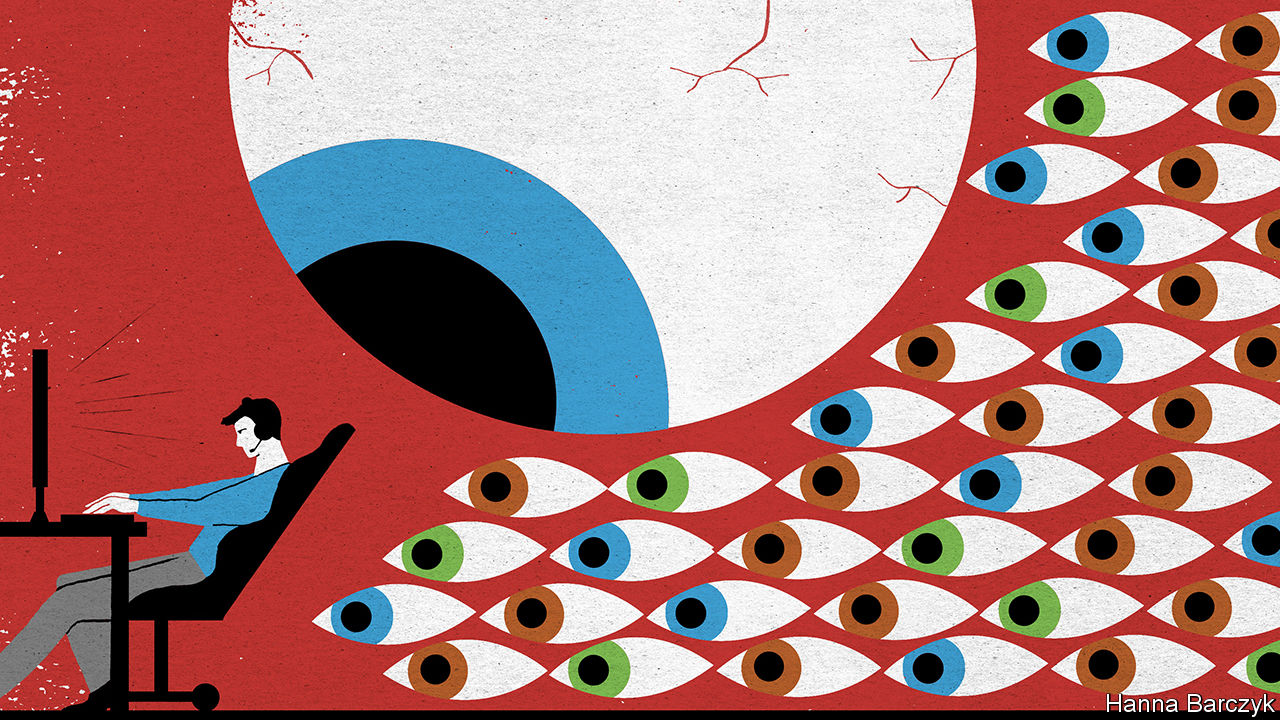 BEFORE HU JINZHOU began his climb into the foothills of fame, as a professional player of computer games in China’s multi-billion-dollar livestream industry, he was a schoolboy tearaway. He got into playground fights, tried to sell his textbooks to classmates and sneaked out after dark for some online gaming.

Back then, Mr Hu’s reluctance to conform was a drama played out on a small stage. “Our hair went white trying to straighten him out,” sighs his stepfather, Cai Hongbo, recalling nights spent hunting for the boy in the internet cafés of Dangyang, a factory town in Hubei, a central province. Quick-witted and popular, if not with teachers, Mr Hu shrugged off efforts to control him. “We’d get him to kneel…” recalls his mother, Zhao Aiying. “…To write letters of apology,” chips in her husband at their foot-massage parlour on a busy market street, where traders sell roasted nuts, vegetables of the brightest green and fish from the nearby Yangzi river. Their son embarked on a life of menial, migrant jobs.

Today he is 20 and his roguish charm is a marketable commodity, offering substantial rewards but also risks on a national stage. At its most commercial, China’s internet can look like online life elsewhere. It is not. Behind China’s Great Firewall of internet censorship, even online entertainment must bow to political diktats.

“Boss Cai”, as Mr Hu is known on online, has for the past year played computer games in a glass-walled studio in Shanghai for eight hours a day, six days a week, showing off his virtual fighting skills and wisecracking to fans, 140,000 of whom follow him on social media. Add together Boss Cai’s salary from Chuxin, the agency that employs him, payments from internet platforms that broadcast his performances and his share of the online gifts that followers send him (the equivalent of tips thrown into a busker’s hat), and he can make 50,000 yuan ($7,190) in a month—more than many former classmates earn in a year. His parents are proud of his earning power—though his father needed assuring that his son had not become an exotic dancer. “He thought it was the type of livestream where you dance and shake your bum,” explains Boss Cai. “I said there were boys who livestream, too.”

Still, it is not a conventional career. Some children in Dangyang have seen Boss Cai online and are wide-eyed at his celebrity. Their parents can be sniffier. “They’ll say, there aren’t a lot of geniuses made by playing games,” his mother reports.

Parental disapproval helps explain why few livestreaming stars come from so-called first- or second-tier cities, such as Beijing or provincial capitals, admits Dai Qianwen, Boss Cai’s real-life boss at Chuxin. Big cities supply much of the livestreaming audience. Take a subway or grab lunch in Chongqing or Guangzhou, and a startling number of those around will be gazing at a smartphone. Many young men will be watching livestreamers playing such games as “Honour of Kings” or “PlayerUnknown’s Battlegrounds”. There are female gamers, though livestream firms mostly try to attract female viewers with video of young women singing, dancing and cracking jokes in winsome simulacra of teenage bedrooms. For that homelike feel, Chuxin’s female stars broadcast from company apartments. (Creepily, a female livestreamer’s income can come mainly from two or three big-spending male fans.) But after measured doses of online fun, big-city kids are expected to hit the books and cram for college.

Many livestreamers come from fourth- or fifth-tier cities with few opportunities, says Ms Dai. In addition to placing recruitment advertisements online, Chuxin sends scouts to schools and internet bars to find talent as young as 16. The firm prefers to recruit unknowns who can be moulded into stars, she says. Lank-haired and slumped in padded swivel-chairs, young performers at Chuxin’s studios in Shanghai are kept supplied with witty lines, snacks and energy drinks. Some take naps on narrow beds in a corner. A regional link can be a crowd-pleaser. Girls from Sichuan are famously pretty, says Ms Dai; north-easterners are funny; and the mangled vowels of the Hunan and Fujian accents are cute.

Only room for one party host round here

There are greater risks with online fame than the disapproval of neighbours. In October Yang Kaili, a livestreamer with tens of millions of followers, was detained for five days for singing a few bars of China’s national anthem in a “disrespectful” manner online, a criminal offence. She apologised and promised to embark on a course of patriotic education. To China’s rulers, it is useful when citizens are distracted from stressful lives by smartphones showing larky videos or wholesome livestreams. But those seeking prominence of any sort—including producers of real-world or virtual content—must know their place. Chuxin reminds its stable of young performers that big stars have been ruined by online comments made when they were small fry, but which were unearthed years later. The big Chinese livestream platforms warn Chuxin when sensitive topics are trending online, and will shut down performers who stray. Even a newcomer like Boss Cai feels pressure. “The minute you get famous, all eyes are on you,” he says carefully.

The result is a heavily policed version of non-conformism. Whenever Boss Cai is playing, his audience includes Chuxin staff assigned to manage him, monitors from the livestream platform that hosts him, unknown agents of the government, and his mother back in Dangyang (at least once a day, she admits). Asked why she watches her son on her smartphone while he engages in virtual combat, Ms Zhao quietly explains: “I just miss him.”

Boss Cai calls his life both painfully tiring and fun. Is it lonely, he is asked? His bravado fades for a moment. “Exceptionally lonely,” he answers. In China, individualism has a cost.