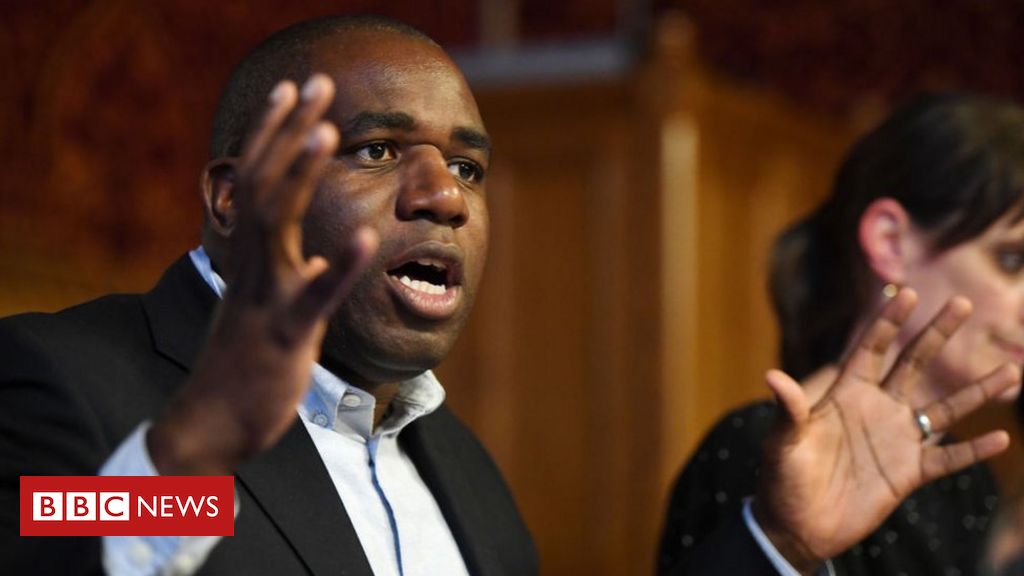 Shadow justice secretary David Lammy has said that the introduction of a 22:00 curfew for pubs in England has led to people “bubbling out of pubs” at the same time.

The Labour MP said that drinkers were “hanging around towns and they’re potentially spreading the virus”.

Mr Lammy questioned the “science” behind the new restrictions, saying: “It’s not clear where that came from.”

But the culture secretary said: “There is definitely science behind it.”

Oliver Dowden, speaking to BBC One’s Andrew Marr Show, insisted: “That’s why we’re requiring people to be seated in pubs and restaurants, so that stops the flow of them to and from the bar.

“We are reducing the closing times to stop people staying later and drinking.”

“And the point about all of this is that everyone has their part to play. If we all play by the rules, we can ensure that there are not further, more draconian restrictions,” the culture secretary added.

Under the new restrictions, which came into force on Thursday, all pubs, bars and restaurants in England are to shut no later than 22:00 each night. They are also restricted to table service only.

But concerns have been raised by both businesses and community groups that the new curfew encourages customers to all leave at once and to carry on drinking together at one person’s home.

Brewer and pub chain Greene King told the BBC: “Without the usual slow ‘wind-down’ time that pubs would see with a gradual closure, customers were all leaving at once which presented more of a challenge for the pub teams managing people’s safety on exiting the premises.

“We have also seen examples of people leaving our pubs to buy alcohol in shops to drink elsewhere,” its statement said.

It is calling on the government to reconsider many of the measures – which were introduced since the number of Covid-19 infections started to increase again.

They urged additional help for the hospitality industry: “The measures have not been well thought through and the combined impact of [the curfew], the challenges of table service-only and the fact that the government are unfairly targeting the hospitality sector has had a cumulative negative impact.”

The boss of the Wetherspoon pub chain has also questioned the introduction of the 22:00 curfew.

Tim Martin said on Tuesday: “The main problem with the 22:00 curfew is that it’s another random and arbitrary move by the government, which lacks logic or scientific credibility.”

He said that it would reduce sales for “hard-pressed” pubs and restaurants, while also increasing “the level of unsupervised socialising” at home and elsewhere.

Speaking on the Marr show, Prof Mark Woolhouse, who sits on the government’s advisory body that models pandemics, said that modelling of the effect of the new curfew had not been carried out to his knowledge.

He explained: “The models do not have the sort of granularity that you can explore in detail for closing times for pubs, or even different versions of the rule of six that we now have around the country.

“So those sorts of things have to be judgement calls based on the public health evidence.”

A spokeswoman for the Department for Business said: “These measures strike a balance between saving lives by protecting our NHS and the most vulnerable and minimising the wider impact on the economy and schools.

She said the government had taken “immediate action” as the latest data suggested a “considerable rise” in the infection rate from within the hospitality sector in recent weeks.”

“We’ve acted decisively to support the hospitality sector throughout the coronavirus outbreak, and will keep all measures under constant review,” she added.

After falling from their April peak, confirmed new coronavirus cases in the UK have been rising again since early August.

On Saturday, the country recorded 6,042 new cases. It was the fourth day in a row that new infections across the UK have topped 6,000.