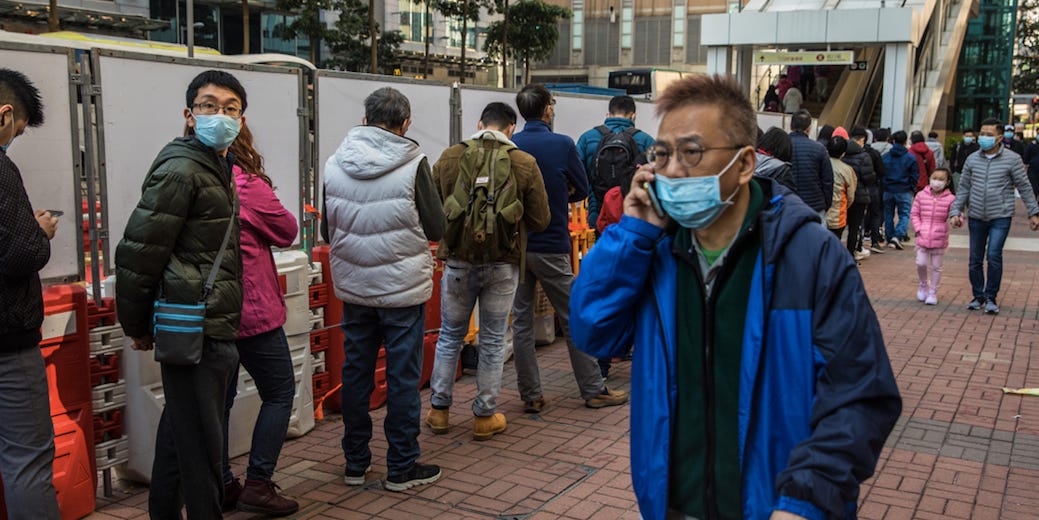 The first confirmed case of the Wuhan coronavirus in the US survived the disease and has left hospital, according to the Associated Press.

The 35-year-old man from Washington State, who is staying anonymous, told AP that he was looking forward to returning to “normal life” after being treated at Providence Regional Medical Center in Everett, Washington.

He first fell ill after returning on January 15 from a business trip to Wuhan, China, where the virus — officially known as 2019-nCoV — originated.

According to the Snohomish Health District, he started feeling ill the day after landing at Seattle-Tacoma International Airport. Three days later, he headed to a health center in Snohomish and received blood tests that evening, which confirmed him as a coronavirus sufferer by morning.

He will stay in isolation in the coming days and will be monitored by health officials, who did not confirm exactly when he was released.

The man was the first of 11 cases currently confirmed in the USA by the Centers for Disease Control and Prevention (CDC). The CDC is still testing or in the process of identifying another 82 suspected cases nationwide. In addition, 167 people have been tested for the virus and found not to be infected.

Dr Chris Spitters, an interim health officer at the Snohomish Health District, said in a statement that public health preparations meant the response to the case went “smoothly.”

“Because of this, everything has been going along quite smoothly.”

Public health experts told Business Insider that the anxious response worldwide is partly down to a “fear of the unknown,” despite the coronavirus currently having a mortality rate of around 2% – compared to the 9.6% mortality rate of the 2003 SARS outbreak.

On Monday, a spokeswoman for China’s foreign ministry, Hua Chunying, accused the USA of overreacting to the virus “consistently creating and spreading fear.”

Her comments came after US authorities withdrew some embassy staff from China and barred people returning from Wuhan — which is more than the World Health Organisation recommends.