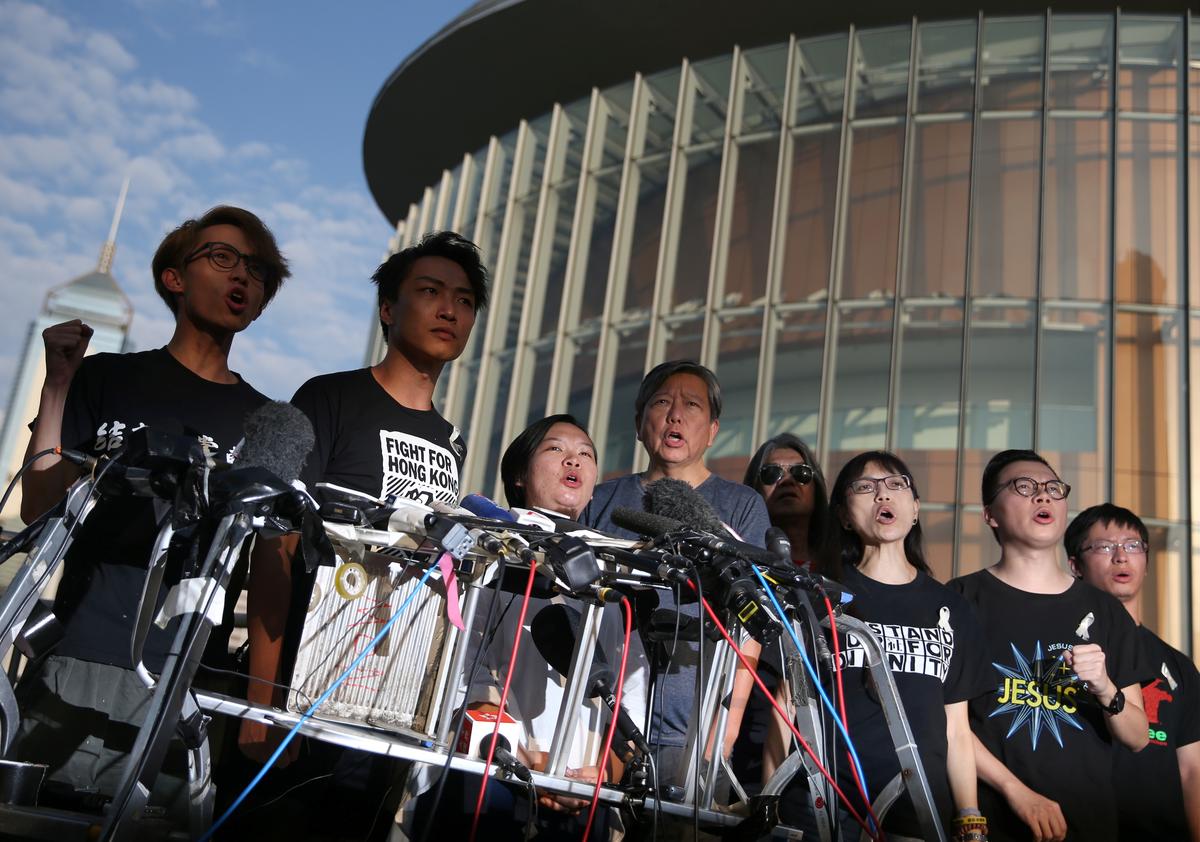 HONG KONG (Reuters) – Tens of thousands are expected to take to the streets on Sunday to demand Hong Kong’s leader steps down, a day after she suspended an extradition bill and expressed “deep sorrow and regret” that recent events had stirred “controversies.”

Hong Kong Chief Executive Carrie Lam on Saturday indefinitely delayed the bill that could send people to mainland China to face trial, in a dramatic reversal after mass and sometimes violent protests to demand the law be scrapped.

The about-face was one of the most significant political turnarounds by the Hong Kong government since Britain returned the territory to China in 1997, and it threw into question Lam’s ability to continue to lead the city.

Organizers of the protest said they hope more than a million people will turn up for the rally, similar to numbers they estimated for a demonstration against the proposed extradition bill last Sunday. Police put that count at 240,000.

Violent clashes on Wednesday when police fired rubber bullets and tear gas at protesters grabbed global headlines and forced some banks to shut branches near the protest site in the heart of the financial hub.

The city’s independent legal system was guaranteed under laws governing Hong Kong’s return from British to Chinese rule 22 years ago, and is seen by the financial hub’s business and diplomatic communities as its strong remaining asset amid encroachments from Beijing.

Hong Kong has been governed under a “one country, two systems” formula since its return to Beijing, allowing freedoms not enjoyed on mainland China but not a fully democratic vote.

Some opponents of the extradition bill said a suspension was not enough.

“If she refuses to scrap this controversial bill altogether, it would mean we wouldn’t retreat. She stays on, we stay on,” said pro-democracy lawmaker Claudia Mo.

Asked repeatedly on Saturday if she would step down, Lam avoided answering directly and appealed to the public to “give us another chance.” Lam said she had been a civil servant for decades and still had work she wanted to do.

She added that she felt “deep sorrow and regret that the deficiencies in our work and various other factors have stirred up substantial controversies and disputes in society”.

“AmCham is relieved by the government decision to suspend the extradition bill and that it listened to the Hong Kong people and international business community,” said Tara Joseph, President of the American Chamber of Commerce in Hong Kong.

“This sends an important signal to the international community that Hong Kong is serious about protecting its special status under “One Country, Two Systems.”