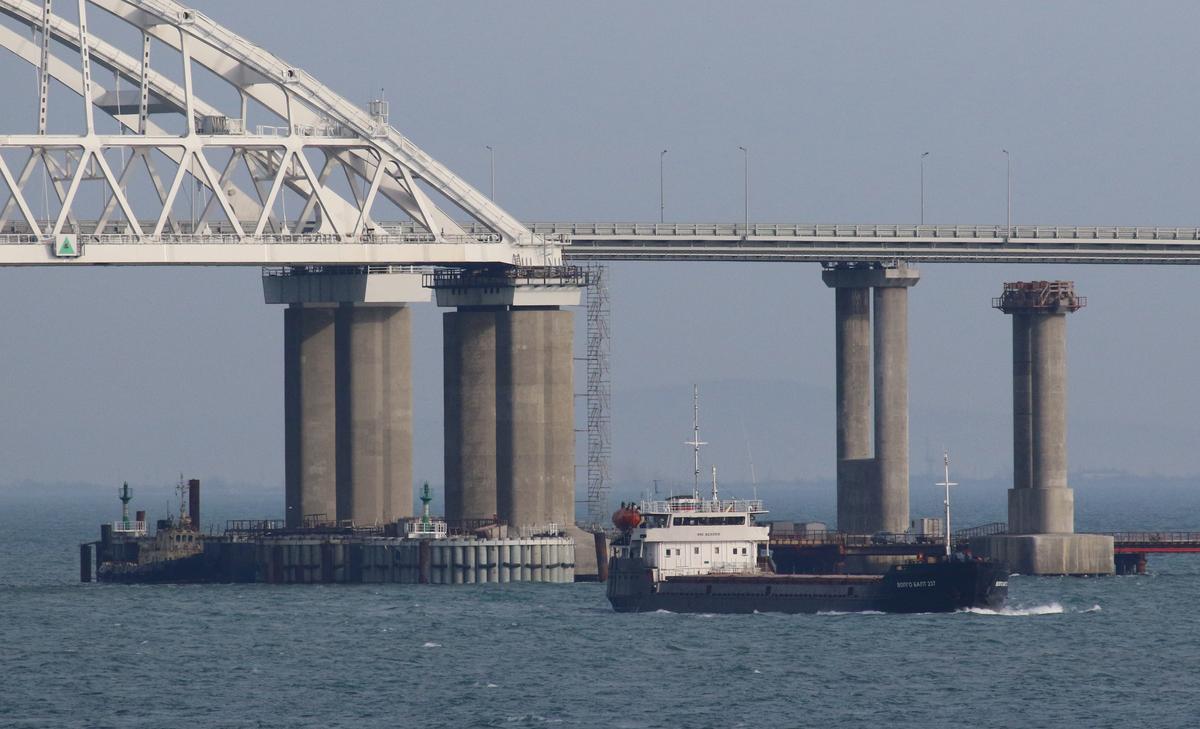 MOSCOW/KERCH, Crimea (Reuters) – Several senior European politicians on Tuesday raised the possibility of new sanctions against Russia to punish it for capturing three Ukrainian vessels at sea, an incident the West fears could ignite a wider conflict.

A Russian minister said further sanctions would solve nothing and that the incident should not be used to derail the Minsk accord, which aims to end fighting in eastern Ukraine between Kiev’s forces and pro-Russian separatist rebels.

Russian assets have come under pressure on financial markets amid concerns that possible new sanctions could hurt the economy, though the rouble on Tuesday clawed back some earlier losses as investors bet any sanctions would not be swift.

Russia opened fire on the Ukrainian boats and then seized them and their crews on Sunday near Crimea – which Russia annexed from Ukraine in 2014. Moscow and Kiev have tried to pin the blame on each other for the incident.

President Vladimir Putin told German Chancellor Angela Merkel by phone on Monday that Moscow was ready to provide more details to bolster its version of events. Moscow says Kiev deliberately provoked it in order to trigger a crisis.

Merkel, who also spoke on Monday with Ukraine’s President Petro Poroshenko, called for de-escalation and dialogue.

The United States urged European nations on Tuesday to do more to assist Ukraine in its standoff with Russia.

U.S. President Donald Trump told the Washington Post in an interview that he might cancel his scheduled meeting with Putin at the G20 summit in Argentina this week over the maritime clash, adding, “I don’t like that aggression.”

Ukraine has introduced martial law for 30 days in parts of the country it deems most vulnerable to an attack from Russia. It has said its ships did nothing wrong and that it wants the West to impose new sanctions on Moscow.

Some of the 24 Ukrainian sailors held by Russia for straying into Russian waters appeared on Russian state TV on Tuesday admitting to being part of a pre-planned provocation. Kiev denounced what it described as forced confessions.

Their vessels were captured by Russian forces at sea near the Kerch Strait, which is the only outlet to the Sea of Azov and controls access to two major Ukrainian ports.

A Reuters reporter at the Crimean port of Kerch where the vessels are being held saw masked armed men on board one of the ships removing boxes of ammunition.

Two Russian police officers with automatic rifles stood on the pier where the Ukrainian vessels were moored. The vessels bore traces of collisions and big holes in places.

Karin Kneissl, foreign minister of Austria, which holds the EU’s rotating presidency, said the EU would consider sanctions depending “on the exposition of facts and the further conduct of both parties”.

Poland and Estonia, both hawkish on Russia, expressed support for more sanctions.

“Russia remains wrongly convinced that the reaction of the West isn’t unified … because in energy matters there is one stance and in defense matters there is another,” he said, noting that some EU states such as Germany backed the Nord Stream 2 pipeline that increases Europe’s reliance on Russian gas.

U.S. State Department spokeswoman Heather Nauert also raised Nord Stream 2 on Tuesday when asked to comment on the Ukraine-Russia spat, saying some European nations should review their support for a project that “helps the Russian government”.

“The United States government has taken a very strong position in … support of Ukraine. We would like other countries to do more as well,” she told a regular briefing in Washington.

Russian Deputy Foreign Minister Alexander Grushko, speaking during a visit to Berlin, said more sanctions against his country would “not help to solve any problem at all”.

He suggested Kiev provoked the incident to derail already halting implementation of the Minsk accord in eastern Ukraine, and said Moscow had a keen interest in ending that conflict after absorbing more than a million refugees from the region.

EU foreign ministers are due to discuss the crisis on Dec. 10. EU leaders are expected later next month to agree to extend existing sanctions on Russia, diplomats said.

Russia’s FSB security service released video footage on Tuesday of the captured sailors saying they had ignored Russian orders to stop. At least one appeared to be reading from a script. Ukrainian politicians said the sailors were coerced, rendering their confessions meaningless.

The FSB said it had information showing the sailors’ mission had been pre-planned by the Ukrainian government and that two intelligence officers from Ukraine’s SBU security service had been on board to coordinate the provocation.

Vasyl Hrytsak, the head of the SBU, confirmed that his officers were on board to support the military and said one of them had been seriously wounded after Russian aircraft fired missiles at the Ukrainian vessels.