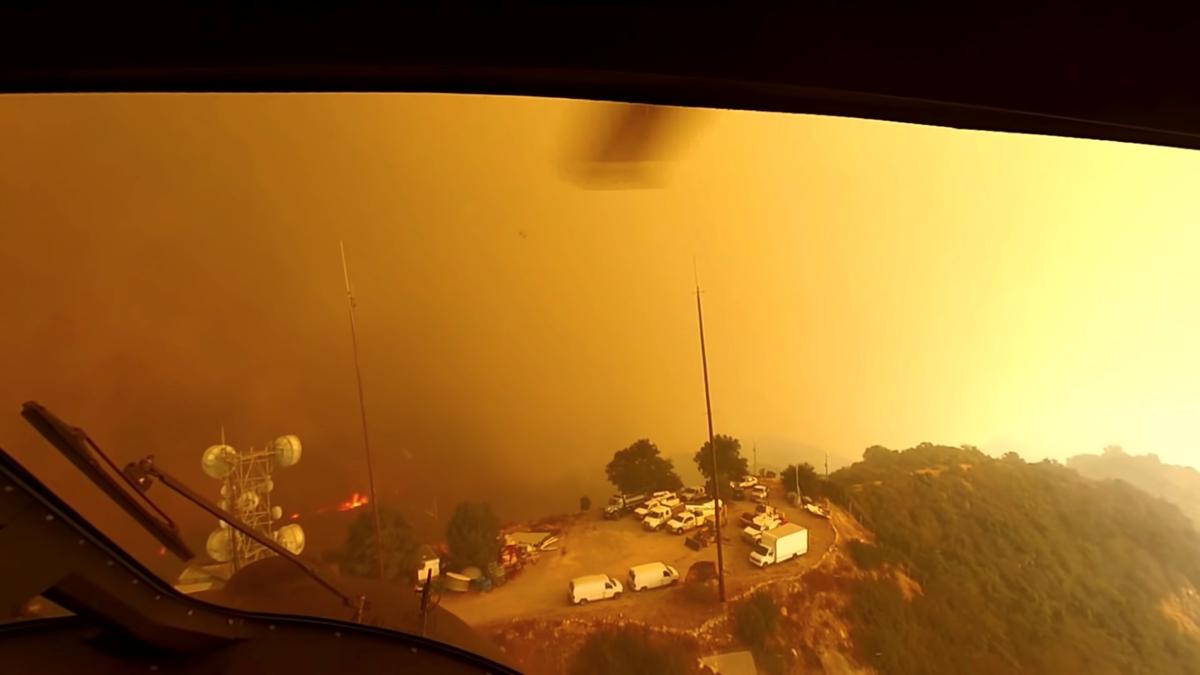 (Reuters) – Heavy rains were due to create new problems for residents of Northern California late on Tuesday, raising the risk of mudslides in an area where people left homeless by the state’s deadliest wildfire remain huddled in parking lot encampments.

State and federal officials warned people to be alert to the risk of sudden flows of debris down the scorched, denuded slopes of the foothills of the Sierra Nevada mountains, where the Camp Fire has killed at least 79 people since breaking out on Nov. 8.

“There are people still living in tents,” Eric Kurth, a meteorologist in the National Weather Service’s Sacramento office, said in a telephone interview. “That’s certainly not going to be pleasant with the rain, and we might get some wind gusting up to 40 to 45 miles per hour (64 to 72 kph).”

The risk of debris slides could be lessened if the forecasted 4 to 6 inches (10 to 15 centimeters) of rainfall was spread out over several days rather than in more intense bursts, he said. The rain also would extinguish some of the flames and dislodge some of the toxic smoke, Kurth said.

“We’re really expecting the air quality to improve. That’s the bright side for those people up there,” he said.

The fire largely obliterated the town of Paradise, a community of nearly 27,000 people about 175 miles (280 km) north of San Francisco. The Butte County Sheriff’s Office has tentatively identified 64 of the 79 victims.

Meanwhile, the missing-persons list compiled by the sheriff’s office was revised downward to 699 names on Tuesday from nearly 900 on Monday.

The number of unaccounted people has fluctuated dramatically in the past week as more were reported missing or as some initially listed as unaccounted for either turn up alive or are confirmed dead.

Helicopter pilots look for a landing spot during a rescue made on the fly during the Woolsey Fire in Malibu, California, in this November 9, 2018 still image taken from helmet camera footage by LAFD David Nordquist. LAFD/David Nordquist/Social Media/via REUTERS

Containment lines have been built around 70 percent of its perimeter, according to Cal Fire.

Smoke from the fire has led to school closures in the region. Citing poor air quality, schools and colleges in the Sacramento area will remain closed until Nov. 26.

Many flights in and out of San Francisco have been delayed or canceled because of the smoke.

The rain was expected to make it more difficult for teams search through ash and debris for human remains.

Intense fire over the slopes of canyons, hills and mountains makes them more prone to landslides, by burning away vegetation and organic material that normally holds soil in place. The fire also creates a hard, waxy surface that tends to repel rather than absorb water.

The result can be heavy runoff of rainwater mixed with mud, boulders, trees and other debris that flows downhill with tremendous force, said Jason Kean, a research hydrologist for the U.S. Geological Survey.

“Those debris flows have the consistency of wet concrete and move faster than you can run,” he said. “It’s like a flood on steroids … and a big one can take out two-story buildings.”

The number of residents needing temporary shelter was unclear but as many as 52,000 people were under evacuation orders at the height of the firestorm last week.

Nearly 500 miles south of Paradise near Malibu, west of Los Angeles, at least 2 inches (5 cm) of rain are expected to fall on a second fire, the Woolsey, which has killed three people. That blaze was 96 percent contained as of Monday evening.

The cause of both fires is under investigation but electric utilities reported localized equipment problems around the time they broke out.

PG&E Corp (PCG.N) has said it could face liability that exceeds its insurance coverage if its equipment were found to have caused the Camp Fire.

Reporting by Brendan O’Brien in Milwaukee; editing by David Stamp and Bill Trott