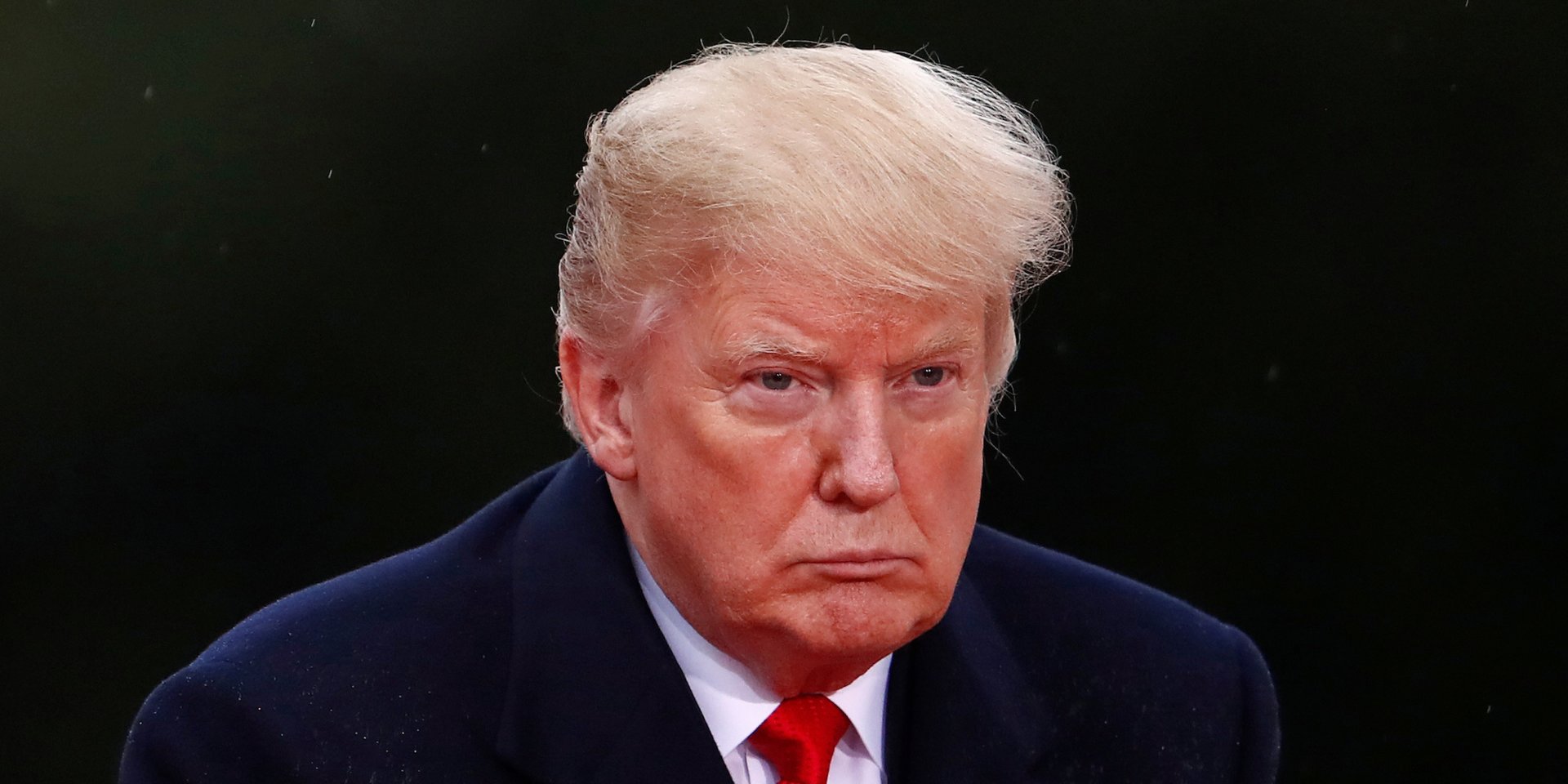 President Donald Trump on Wednesday indicated during an interview that he tapped former US attorney Matthew Whitaker to replace then Attorney General Jeff Sessions in order to rein in the Russia investigation.

Speaking to The Daily Caller, Trump expanded on his thought process behind choosing Whitaker to take over as acting attorney general.

“Matthew Whitaker is a very respected man,” Trump said. “He’s — and he’s, very importantly, he’s respected within DOJ. I heard he got a very good decision, I haven’t seen it.”

He added that he “heard it was a very strong opinion,” referring to the Justice Department Office of Legal Counsel’s 20-page memo justifying Whitaker’s appointment as acting attorney general until the Senate confirms a permanent replacement.

Reiterating that Whitaker is “somebody that’s very respected” — a claim that stands in contrast to many DOJ and FBI officials’ views of their new boss — Trump said he “knew him only as he pertained, you know, as he was with Jeff Sessions.”

The president then appeared to allude to the fact that he tapped Whitaker primarily to constrain the Russia investigation.

The admission is reminiscent of when Trump told NBC’s Lester Holt last year that he ousted then FBI director James Comey because of the Russia investigation.

Trump’s statement to Holt now makes up one of the central threads of the special counsel Robert Mueller’s investigation into whether the president sought to obstruct justice in the inquiry, and legal experts told INSIDER his admission to The Daily Caller could add another piece to Mueller’s probe.

“What is so unusual about Trump is that he publicly forecasts his motivation in a way that is self-defeating and self-incriminating,” Elie Honig, a former prosecutor from the Southern District of New York who specialized in organized-crime cases, told INSIDER.

The most difficult thing for investigators to prove in an obstruction-of-justice case is corrupt intent on the part of the defendant.

“Sometimes you get lucky and get emails or wiretapped phone calls … where the subject might secretly or privately admit intent,” Honig said. “Other times the prosecutor simply must argue intent to the jury based on circumstantial evidence. With Trump, however, we have a subject who openly and publicly and unapologetically announces why he takes certain steps, even when those reasons might give rise to criminal liability.”

Whitaker has a long history of making controversial remarks about the Mueller investigation and has publicly mused about gutting the probe. Though he submitted to a DOJ ethics inquiry into whether he should recuse himself, Whitaker told Sen. Lindsey Graham on Thursday that he would not be stepping back from the investigation.

“He says he will be following regular order,” Graham told The Washington Post.

Trump has made conflicting remarks about his history with Whitaker. Before telling The Daily Caller he knows Whitaker “as it pertains to” Sessions, he told reporters last week that he did not know the acting attorney general in any capacity. But last month, the president told Fox & Friends Whitaker was “a great guy,” adding, “I mean, I know Matt Whitaker.”

Meanwhile, after being uncharacteristically subdued leading up to the November midterms, Trump took to Twitter Thursday, just hours after his Daily Caller interview, to lay into Mueller, accusing the special counsel of “screaming and shouting at people” and “horribly threatening them to come up with the answers they want.”

“The inner workings of the Mueller investigation are a total mess,” Trump tweeted. “They have found no collusion and have gone absolutely nuts … A TOTAL WITCH HUNT LIKE NO OTHER IN AMERICAN HISTORY!”

Trump’s unusually specific claims that the special counsel was “screaming” and “horribly threatening” people to talk came as he and his lawyers were preparing to send over their answers to a set of written questions from Mueller about potential collusion with Russia.

The tweetstorm also came after the far-right conspiracy theorist Jerome Corsi, an associate of longtime GOP strategist Roger Stone, indicated he expects to be indicted soon.

And earlier this week, Mueller’s office asked a federal court in Washington, DC, for an extension on the sentencing of former Trump campaign deputy chairman Rick Gates until January, a sign that Gates still has a significant amount of information for prosecutors.

That Trump’s admission about Whitaker to The Daily Caller and his tweetstorm came after this series of developments on the Russia front could indicate that the president is growing increasingly worried about what Mueller has.

In the meantime, Trump’s lawyers have repeatedly warned him not to criticize Mueller and the Russia probe on Twitter or in the media, though Trump frequently ignores their advice. Rudy Giuliani, Trump’s lead defense lawyer, has tried to mitigate the damage from his public comments by claiming one cannot obstruct justice in public.

But Honig said that argument can only go so far.

“In fact, people do sometimes commit crimes openly and flagrantly,” he said, “particularly if they believe they will not be held accountable or are beyond the reach of the law.”