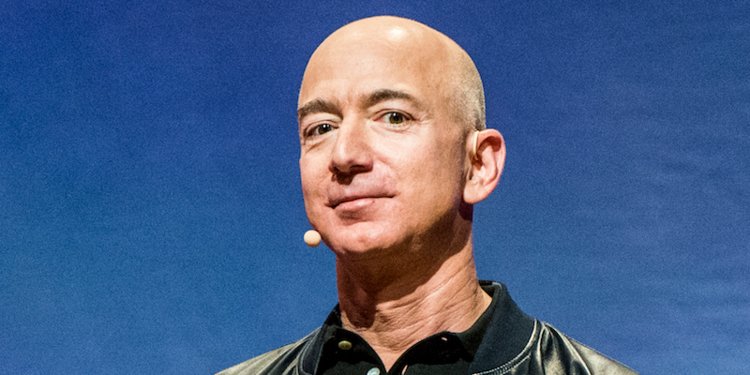 Amazon has finally, officially made a decision.

The company on Tuesday announced it would split its second-headquarters project, which it calls HQ2, in two. The two locations — the Long Island City neighborhood of Queens, New York, and the newly formed National Landing area of Arlington, Virginia — will each get roughly half of the 50,000 employees promised and half of the promised investment, the company said.

“We are excited to build new headquarters in New York City and Northern Virginia,” Amazon CEO Jeff Bezos said in a statement. “These two locations will allow us to attract world-class talent that will help us to continue inventing for customers for years to come. The team did a great job selecting these sites, and we look forward to becoming an even bigger part of these communities.”

New York City has offered Amazon $1.525 billion in direct tax incentives, based on the 25,000 jobs the company promised to fill in the area, while Virginia has promised the company $573 million in exchange.

Long Island City is located across the East River from Manhattan. National Landing, which is a newly formed area encompassing Crystal City, Pentagon City, and Potomac Yard, is located near Ronald Reagan Washington National Airport across the Potomac River from Washington, DC.

Amazon on Tuesday also announced plans for a new office in Nashville, Tennessee, where the company said it would hire 5,000 people and invest $230 million. Amazon is calling the new office an “Operations Center of Excellence.”

Amazon said it could receive up to $102 million in tax incentives for its new office in downtown Nashville.

The official announcement follows a November 5 report from The New York Times that named New York and the Washington, DC, metro area as the choices for HQ2. That report followed a Wall Street Journal article that said Amazon was considering splitting the headquarters in two.

Amazon on Tuesday said it would begin hiring for all three newly announced locations next year. The company has said it hopes to have at least part of its new headquarters operational sometime in 2019.

The selection process, conducted in secret, will now face public scrutiny for first time, as city and state officials who worked with Amazon were bound by strict nondisclosure agreements. The tax-incentive packages offered by New York and Virginia will especially be scrutinized.

The saga of HQ2 began in September 2017, when the company put out its official request for proposals by cities to host a new second headquarters.

In the request, Amazon promised 50,000 jobs and $5 billion in investment to the new host city. Nearly every major metro area in the US threw its hat in the ring. Amazon now has data on a huge number of American cities because of this process.

Amazon whittled the list down to 20 locations by December but had barely made a peep about the selection process otherwise.

Selecting two cities is something of a curveball because it was not originally part of the plan Amazon had proposed for HQ2. A small note at the bottom of Amazon’s RFP did, however, hint at it as possibility.

“Amazon may select one or more proposals and negotiate with the parties submitting such proposals before making an award decision, or it may select no proposals and enter into no agreement,” the last line of the RFP said.

The evidence had long been pointing toward the Washington, DC, metro area, which had submitted three separate regions for consideration. Amazon joined Washington’s chamber of commerce in August. Add to that the fact that Amazon already had its public-policy and lobbying operations in the district, and the US capital seemed like a shoo-in.

In recent months, the betting odds quite literally zeroed in on Northern Virginia. The region is in what has been referred to as the “bull’s-eye of America’s internet,” adding to its chances. A local news site, ARLnow.com, said it had seen an unusual spike in traffic from Amazon to an article from December titled “County Wins Top Environmental Award from US Green Building Council,” which explained how Virginia’s Arlington County was the first in the US to be selected for an environmental award.

There had been less speculation about New York City, but Gov. Andrew Cuomo recently made his desire to host Amazon clear.

“I’ll change my name to Amazon Cuomo if that’s what it takes,” Cuomo told reporters on November 5. “Because it would be a great economic boost.”