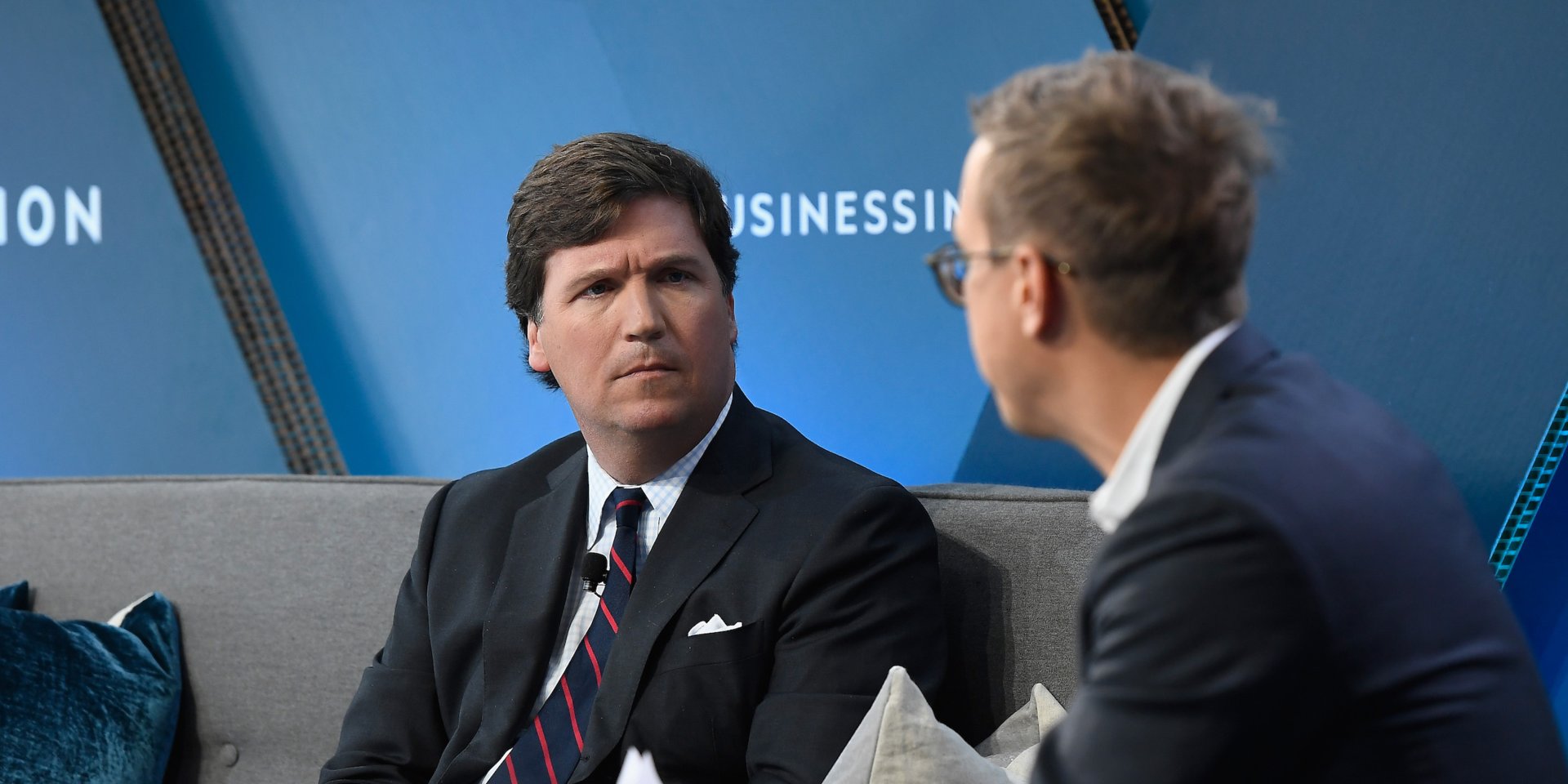 After the attorney Michael Avenatti said he was investigating a claim that the Fox News host Tucker Carlson “assaulted” a “gay Latino immigrant,” Carlson responded in a statement to Business Insider that he did not assault the man and that the man called his 19-year-old daughter a “whore” and a “f—ing c—.”

The incident in question occurred last month at a country club in Virginia. In a video Avenatti attached to his tweet announcing his investigation, Carlson appears to be telling another man to “get the f— out of here” while others seem to be trying to get Carlson and others in the room to calm down.

The video does not appear to show Carlson physically assaulting anyone.

At one point in the video, a man is heard saying, “There’s no excuse for violence.”

“On October 13, I had dinner with two of my children and some family friends at the Farmington Country Club in Charlottesville, Virginia. Toward the end of the meal, my 19-year-old daughter went to the bathroom with a friend. On their way back through the bar, a middle aged man stopped my daughter and asked if she was sitting with Tucker Carlson. My daughter had never seen the man before. She answered: ‘That’s my dad,’ and pointed to me. The man responded, ‘Are you Tucker’s whore?’ He then called her a ‘f—— c—.’

“My daughter returned to the table in tears. She soon left the table and the club. My son, who is also a student, went into the bar to confront the man. I followed. My son asked the man if he’d called his sister a ‘whore’ and a ‘cunt.’ The man admitted he had, and again become profane. My son threw a glass of red wine in the man’s face and told him to leave the bar, which he soon did.

“Immediately after the incident, I described these events to the management of the Farmington Country Club. The club spent more than three weeks investigating the incident. Last week, they revoked the man’s membership and threw him out of the club.

“I love my children. It took enormous self-control not to beat the man with a chair, which is what I wanted to do. I think any father can understand the overwhelming rage and shock that I felt seeing my teenage daughter attacked by a stranger. But I restrained myself. I did not assault this man, and neither did my son. That is a lie. Nor did I know the man was gay or Latino, not that it would have mattered. What happened on October 13 has nothing to do with identity politics. It was a grotesque violation of decency. I’ve never seen anything like it in my life.”

Avenatti responded that Carlson’s statement was ‘an absolute lie’

Addressing Carlson, Avenatti wrote: “Your stmt about what transpired is an absolute lie. Your daughter nor your son were called those things. The man never admitted it. Your son committed assault and battery.”

He added: “You committed assault (learn the difference). Your friend committed assault … and battery (on video). You are the aggressor in the video as is your friend. The man at the bar sits there calmly. Numerous witnesses contradict your claim of innocence. Your daughter was drinking underage in a bar with your assistance and knowledge. You were intoxicated.”

Avenatti continued and said Carlson “told the man to ‘go back where you came from’ before the video starts.”

“And if you were so innocent, why didn’t you disclose it weeks ago as you recently did in connection with the protest at your home?” Avenatti asked.

In a phone call, Avenatti confirmed to Business Insider that the man Carlson was screaming at was his client, saying, “My client was not the aggressor, he wants the truth and he wants justice and I’m going to hold Tucker Carlson accountable.”

Avenatti also went on to support Carlson’s assertion that there was private “investigation” into the dispute. Denying to disclose the result of that investigation, Avenatti characterized the country club as being known as “anti-gay, anti-minority, and anti-people of color.”

Avenatti said that while the case is still in the investigatory phase, he anticipates charges being filed against Carlson’s son, “possibly against Tucker himself,” and against the “balding man.”

Avenatti has gained fame in recent months through his representation of the adult film actress Stormy Daniels, who was paid by President Donald Trump to stay quiet about an affair she says she had with Trump in 2006.

On Wednesday, Carlson made headlines when it emerged that demonstrators from the self-described anti-fascist group “Smash Racism DC” engaged in rowdy protests in front of Carlson’s home.

Carlson, who was at work at the time, claimed his wife was home when a protester allegedly threw “himself against the front door and actually cracked the front door,” The Washington Post reported. Police reportedly confirmed that members of the group also spray-painted an anarchy symbol on the driveway of Carlson’s home and left signs on vehicles.

Earlier Saturday, Business Insider learned that Fox News has asked its employees not to tweet out its content from their business or personal Twitter accounts, according to an internal email. The development came after Fox News reportedly made the “conscious decision” to refrain from tweeting from its official account as a silent protest against Twitter for not removing tweets where people shared the Fox News host’s home address.