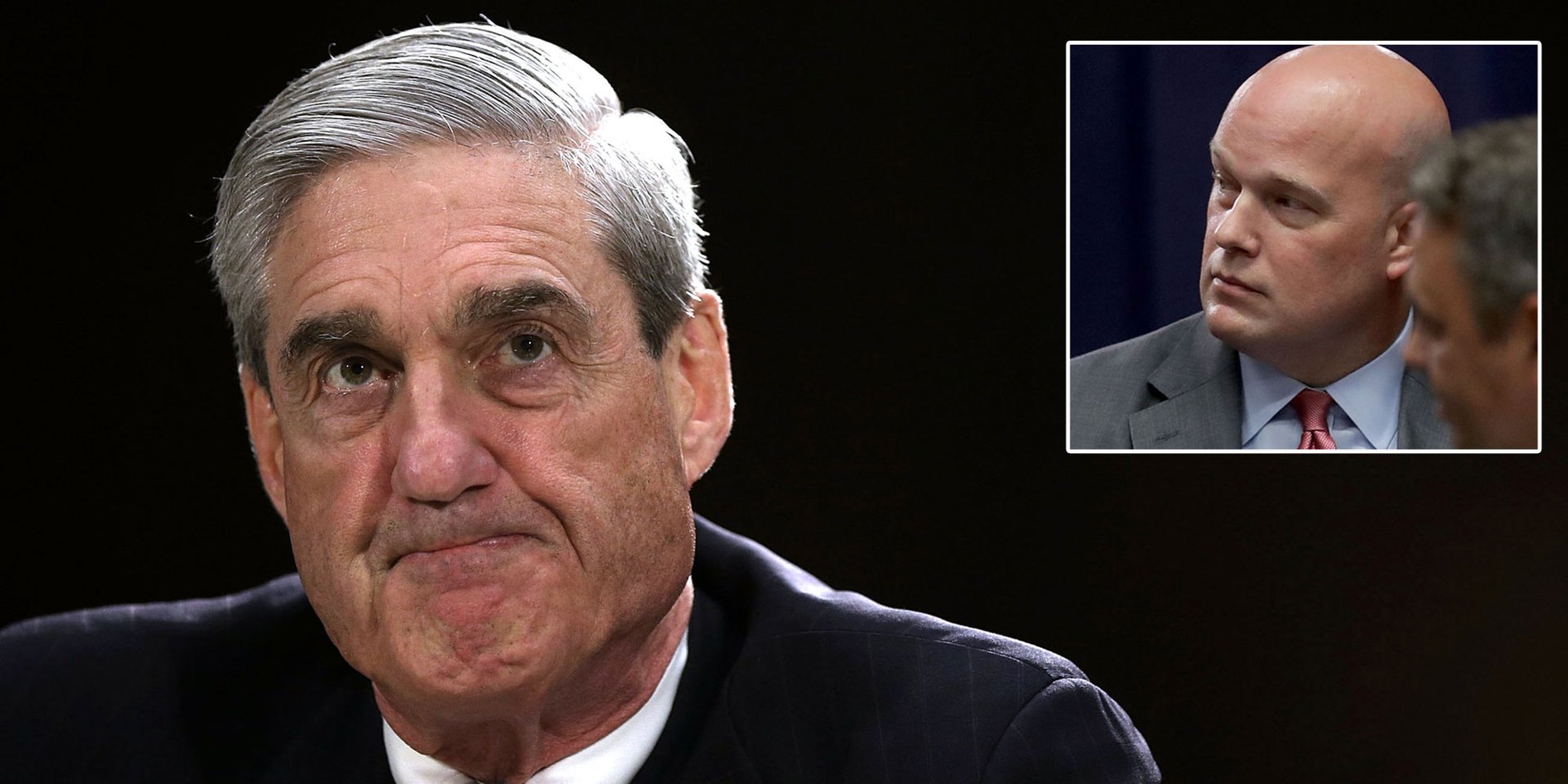 Matthew Whitaker, the new acting attorney general, reportedly does not plan to recuse himself from overseeing the Russia investigation and would not approve a request from the special counsel Robert Mueller to subpoena President Donald Trump for an interview.

According to The Washington Post, ethics officials at the Department of Justice will likely examine Whitaker’s past work and commentary to gauge whether he has any financial or personal conflicts that could interfere with his oversight of the Russia probe. Based on their review, ethics officials would make a recommendation, but Whitaker would not be legally required to follow it.

Whitaker, a former US attorney from the Southern District of Iowa, is viewed by many as a staunch Trump loyalist.

The New York Times reported in September that the White House chief of staff, John Kelly, once described Whitaker as the West Wing’s “eyes and ears” in the DOJ, which is investigating whether the Trump campaign colluded with Russia to tilt the 2016 election in his favor.

Whitaker appears to share the White House’s skepticism of Mueller and the Russia investigation. Shortly before he was hired as Sessions’ chief of staff last year, Whitaker wrote in an op-ed article for CNN that Mueller had “come up to a red line in the Russia 2016 election-meddling investigation that he is dangerously close to crossing.”

Whitaker added that his concerns stemmed from reports that the special counsel was investigating the Trump Organization’s financial records. Mueller’s scrutiny of Trump’s finances “falls completely outside of the realm” of his appointment, Whitaker wrote.

But in a letter outlining the scope of Mueller’s appointment last year, Deputy Attorney General Rod Rosenstein gave Mueller broad authority to not only investigate “any links and/or coordination between the Russian government and individuals associated” with Trump’s campaign, but examine “any matters that arose or may arise directly from the investigation.”

Rosenstein also gave Mueller the power to investigate “any other matters within the scope” of the law outlining a special counsel’s jurisdiction, including perjury, obstruction of justice, destruction of evidence, and intimidation of witnesses.

Whitaker was also the chairman of Trump associate Sam Clovis’ 2013 campaign for Iowa state treasurer. Clovis went on to work as a senior Trump campaign adviser during the 2016 election and is also a witness in Mueller’s investigation.

Mueller would reportedly be blocked by Whitaker if he tried to subpoena Trump. Ann Heisenfelt/Getty Images

Meanwhile, where a presidential subpoena is concerned, if Whitaker were to reject Mueller’s request for one, it could dramatically alter his ability to get to the bottom of several investigative threads surrounding Trump.

Mueller’s team has been wrangling with Trump’s lawyers for almost a year over the terms of a presidential interview.

Trump’s lawyers have repeatedly blocked Mueller’s requests, but the two sides agreed to a first round of questions to which Trump’s lawyers would provide written answers to inquiries about collusion, but not about obstruction of justice. Mueller agreed but reportedly insisted on getting a chance to ask the president follow-ups as well.

On Wednesday, CNN reported that as Trump was preparing to replace Sessions with Whitaker, the president had already begun reviewing the answers his lawyers had put together to send back to the special counsel.

It’s unclear whether Mueller will accept the answers as is without pressing for an in-person interview. Trump’s lead defense lawyer, Rudy Giuliani, told Insider in August that if Mueller subpoenas Trump, his lawyers would “would move to quash the subpoena.” He added at the time that they were “pretty much finished with our memorandum opposing a subpoena.”

A presidential subpoena would likely kick off a lengthy constitutional battle that would go all the way to the Supreme Court.

DOJ veterans and Mueller’s former associates have described him as a by-the-books prosecutor, adding that he is unlikely to go against DOJ guidelines on the issue of indictment.

But the move may not be completely off the table.

In May, The Washington Post reported that during a negotiation in March, Mueller threatened to subpoena Trump to testify before a grand jury if he did not agree to a voluntary interview.

Three previous US presidents have been subpoenaed. Roland Riopelle, a former federal prosecutor and criminal defense attorney, told Insider in September that based on past legal precedent, he believes that if Trump “gets subpoenaed … the court will issue an order for him to appear before the grand jury.”

Meanwhile, earlier this month, Nelson Cunningham, a former federal prosecutor and Senate and White House aide, laid out compelling alternative evidence in Politico of his belief that Mueller may have already subpoenaed the president.

The clues, Cunningham wrote, lie in a series of under-the-radar moves at the Washington, DC, district court and circuit court of appeals by lawyers working for Mueller and an unknown witness in the investigation.

“If Mueller were going to subpoena the president — and there’s every reason why a careful and thorough prosecutor would want the central figure on the record on critical questions regarding his knowledge and intent — this is just the way we would expect him to do so,” Cunningham wrote.

Benjamin Wittes, a national security expert and the editor-in-chief of Lawfare, noted that while he wasn’t certain Cunningham was right, “he advances a very interesting and plausible theory — and supports it well.”

Jay Sekulow, one of Trump’s defense lawyers, denied Politico’s story on Wednesday, telling The New York Times there was “no subpoena issued and there is no litigation.”