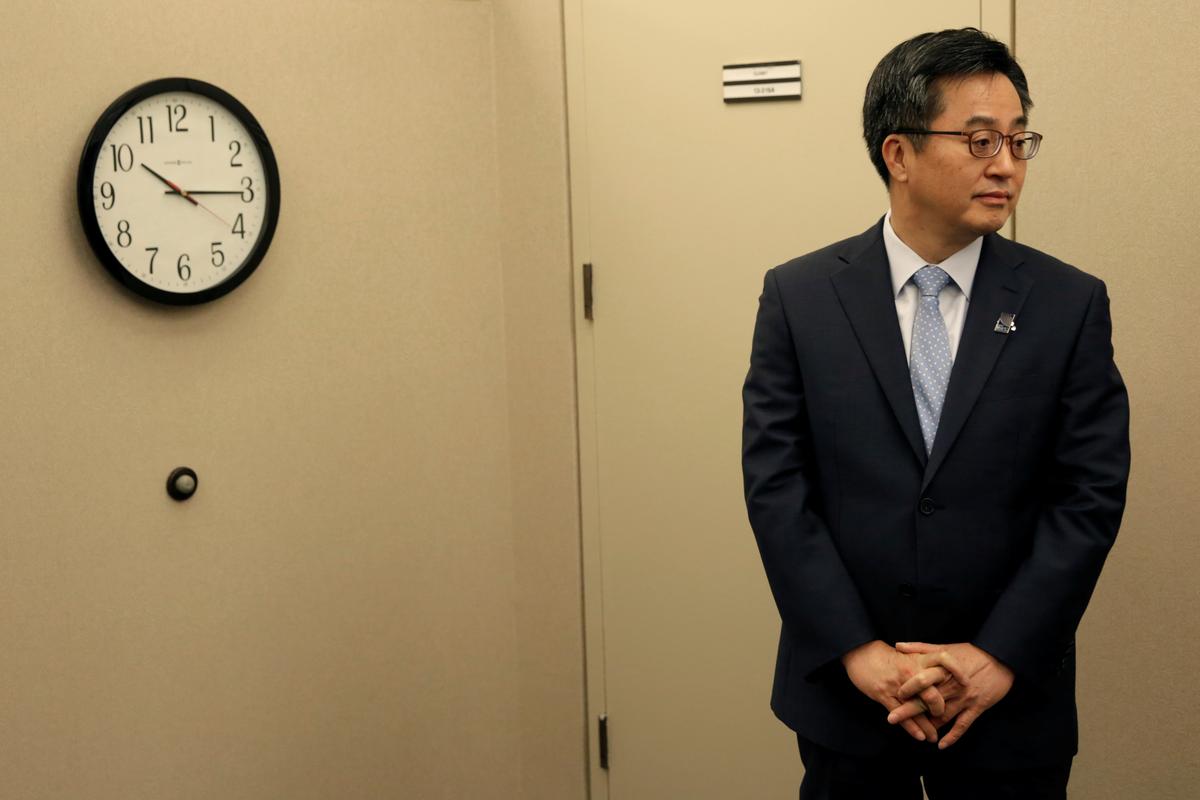 SEOUL (Reuters) – South Korean President Moon Jae-in has fired both his top economic policymakers and replaced them with people already in the government, his office said on Friday, a move widely seen as intended to reinforce his controversial policies.

It was a bigger reshuffle than expected, but the appointment of their successors from within the government indicated President Moon would reinforce his economic policies, which economists have said were hurting growth.

The incoming chief presidential policy aide has been behind harsh regulatory measures aimed at curbing housing prices, which many analysts have said were against market principles.

The incoming finance minister has served at various government departments such as the finance ministry and the presidential office. He is still required to appear at a parliamentary verification hearing although approval there is not mandatory.

The high-profile appointments came amid criticism that Moon’s signature policies such as big minimum wage increases and a shorter work week had backfired, with lower income earners – the intended beneficiaries – feeling the most pain as employers cut back hiring.

South Korea’s minimum wages are set to be raised by nearly 30 percent over two years and the work week has been cut by almost a quarter for big companies, but initial outcomes have been a plunge in employment rates and lower incomes.

The outgoing finance minister, who has served since June last year as Moon’s first top economic policy planner, has repeatedly clashed with Jang by calling for some adjustment of the president’s ‘income-led growth’ strategy.

The economy saw growth in the July-September quarter holding steady from the previous quarter at 0.6 percent, but missing the market expectations as construction spending plunged by the most in two decades. [nL3N1X101Y]

Private consumption held up on increased welfare support but a sharp cut in infrastructure spending and strong controls on property transactions clouded the outlook at a time when the global demand for South Korea’s exports is cooling.