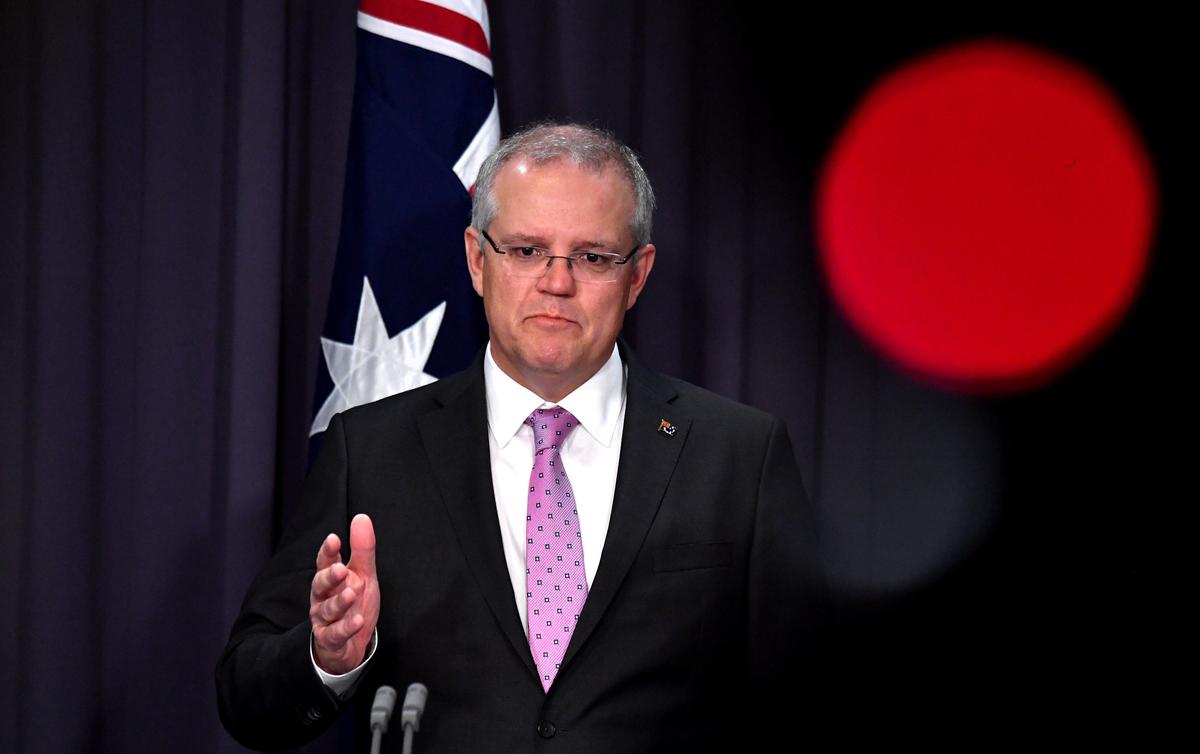 SYDNEY (Reuters) – Australia will offer Pacific countries up to A$3 billion ($2.18 billion) in grants and cheap loans to build infrastructure, Prime Minister Scott Morrison said on Thursday, as Canberra seeks to counter China’s rising influence in the region. Australia and China have been vying for influence in sparsely populated Pacific island countries that control vast swathes of resource-rich oceans.

China has spent $1.3 billion on concessional loans and gifts since 2011 to become the Pacific’s second-largest donor after Australia, stoking concern in the West that several tiny nations could end up overburdened and in debt to Beijing.

“The government I have the privilege to lead, is returning the Pacific to where it should be; front and center,” Morrison said in a speech announcing the new Pacific initiative.

“This is our patch. This is our part of the world.” Morrison said Australia will create a A$2 billion infrastructure fund that will invest in telecommunications, energy, transport, water projects.

Australia will also give an additional A$1 billion to its financing arm, which offers loans to private companies unable to secure funds from traditional lenders, to invest in the Pacific.

Morrison said Australia would also expand its diplomatic presence in the Pacific, posting staff to Palau, the Marshall Islands, French Polynesia, Niue and the Cook Islands.

Australia said it will also strengthen defense and security ties with Pacific islands through new joint exercises and training.

While Morrison did not name China in his most detailed foreign policy speech since he become Australia’s sixth prime minister in the last decade in August, few were in doubt as to who the policy was aimed at combating.

“Australia is reacting to what China is doing. Australia needs more tools to engage with the Pacific,” said Jonathan Pryke, a Pacific Islands foreign policy expert with the Lowy Institute, an Australian think-tank.

Ties between Australia and China, its largest trading partner, have been strained since Australia accused China of meddling in its domestic affairs late last year.

“This announcement will be a gauge of whether Australia can improve relations with Beijing while doing things that would have previously annoyed China,” said Nick Bisley, professor of international relations at Melbourne’s La Trobe University. Australia’s Foreign Minister Marise Payne will on Thursday meet her Chinese counterpart in Beijing, the first visit by an Australian foreign minister in two years after bilateral relations soured.

Australia has in recent months earmarked the Pacific for infrastructure spending, driven by national security concerns, but it has been forced to raid its aid budget to fund projects.

In May, Australia said it would spend about A$200 million to develop an undersea internet cables to Papua New Guinea (PNG) and the Solomon Islands amid national security concerns about China’s Huawei Technologies Co Ltd [HWT.UL].

Earlier this month, Australia said it would help PNG develop a naval base, beating out China as a possible partner for the port development.