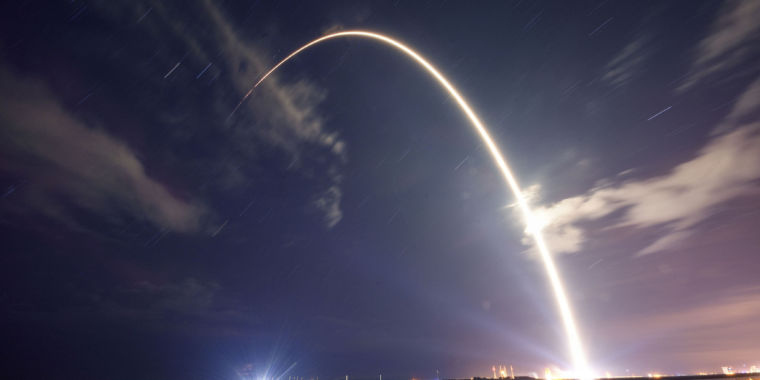 The first satellite launched into orbit, Sputnik, launched from a spaceport in Baikonur, Kazakhstan. The Central Asian country was then a Soviet republic. Later, the first human to fly into space, Yuri Gagarin, also launched from Kazakhstan. Today, despite its independence, this spaceport remains the primary launch site for the Russian space program.

However, when Kazakhstan wanted to get a small scientific satellite named KazSaySat and a technology satellite called KazistiSat into space, the country didn’t select a Russian rocket. Instead, it chose the US-based launch company SpaceX to reach orbit.

In an article published by the Russia-based wire service Interfax on Tuesday, the press secretary of the Ministry of Defense and Aerospace Industry, Aset Nurkenov, explained why. “The reason for using a Falcon 9 for this launch is that it will be less expensive,” he said. “The total cost is a commercial confidentiality we can not reveal at the request of the American launch provider.” (The Interfax article was translated for Ars by Robinson Mitchell).

Eventually, Nurkenov said, the country would like to launch from Baikonur, where Russian Soyuz and Proton rockets fly from. He did not say when. Regardless, the US launch of Kazakh satellites injects an interesting new dynamic into the relationship between SpaceX and Russia, as the former has been driving satellite missions away from Russian rockets with lower costs and higher reliability.

The Kazakh satellites are part of an upcoming mission scheduled to launch no earlier than November 19 from Vandenberg Air Force Base in California. This “SSO-A” mission is organized by a company called Spaceflight and is significant for SpaceX. This mission marks the first time SpaceX will launch dozens of smaller satellites all at once as part of what is known as a rideshare mission.

According to Spaceflight, which has purchased the entire Falcon 9 launch, more than 70 spacecraft from 35 different organizations for the mission will launch to a Sun-synchronous low Earth orbit. This includes 15 microsats and 49 CubeSats, and it is the largest rideshare mission ever flown by a US-based rocket.

In a blog post last week, Spaceflight said the integration of customer payloads was wrapping up, and its employees were now on site at Vandenberg, performing the final preparations for the mission.