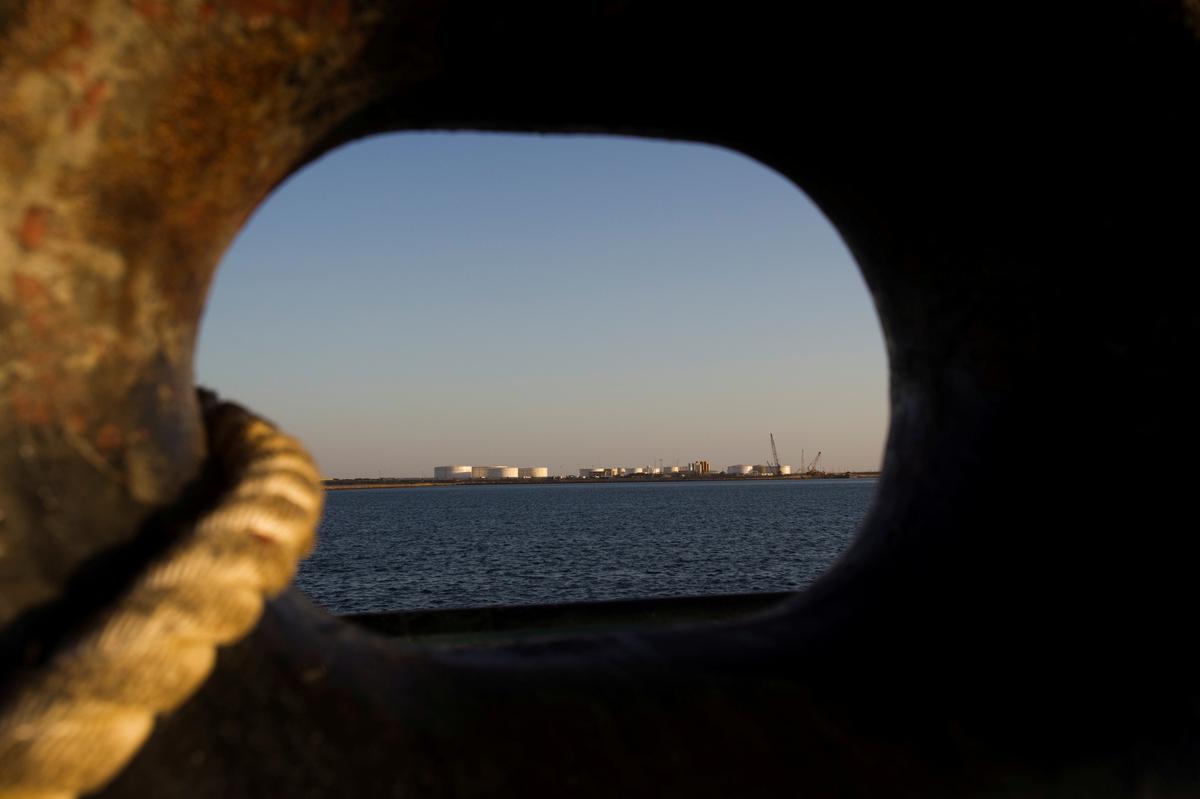 WASHINGTON (Reuters) – The United States snapped sanctions back in place on Monday to choke Iran’s oil and shipping industries, while temporarily allowing top customers such as China and India to keep buying crude from the Islamic Republic.

FILE PHOTO: A general view of an oil dock is seen from a ship at the port of Kalantari in the city of Chabahar, 300km (186 miles) east of the Strait of Hormuz January 17, 2012. REUTERS/Raheb Homavandi/File Photo

Having abandoned a 2015 Iran nuclear deal, U.S President Donald Trump is trying to cripple Iran’s oil-dependent economy and force Tehran to quash not only its nuclear ambitions and ballistic missile program but also support for militant proxies in Syria, Yemen, Lebanon and other parts of the Middle East.

“More than 20 importing nations have zeroed out their imports of crude oil already, taking more than 1 million barrels of crude per day off the market,” U.S. Secretary of State Mike Pompeo told reporters in a briefing. “The regime to date since May has lost over $2.5 billion in oil revenue.”

Pompeo said the waivers were issued to countries that have already cut purchases of Iranian crude over the past six months, and to “ensure a well-supplied oil market.” The exceptions are designed to last 180 days.

“I could get the Iran oil down to zero immediately but it would cause a shock to the market. I don’t want to lift oil prices,” he told reporters before flying to a campaign event.

Iran’s exports peaked at 2.8 million barrels per day (bpd) in April, including 300,000 bpd of condensate, a lighter form of oil. Overall exports have since fallen to 1.8 million bpd, according to energy consultancy Wood Mackenzie, which expects volumes to drop to 1 million bpd.

Oil prices in October rallied above $85 per barrel on fears of a steep decline in Iranian exports. Prices have fallen since then on expectations that some buyers would receive exemptions and as supply from other big producers has increased.

Ellen Wald, an oil analyst and fellow at the Atlantic Council, said the impact on global oil prices should be “blunted” for the 180-day length of the waivers to the eight countries. The Trump administration hopes more oil production will come next year from Iraq and from a so-called neutral zone between Saudi Arabia and Kuwait, if a dispute between the two countries over the zone is resolved.

Oil markets have been anticipating the sanctions for months and the world’s biggest producers have been increasing output.

Joint output from the world’s top producers – Russia, the United States and Saudi Arabia – in October rose above 33 million bpd for the first time, up 10 million bpd since 2010.

U.S. officials have said the countries given temporary exemptions will deposit revenue in escrow accounts for Tehran to use solely for humanitarian purposes.

The sanctions also cover 50 Iranian banks and subsidiaries, more than 200 people and vessels in its shipping sector, Tehran’s national airline, Iran Air, and more than 65 of its aircraft, a U.S. Treasury statement said.

“We’ve said for a long time: Zero should mean zero,” John Bolton, White House National Security adviser told Fox Business Network in an interview. “These are not permanent waivers – no way, we’re going to do everything we can to squeeze Iran hard.”