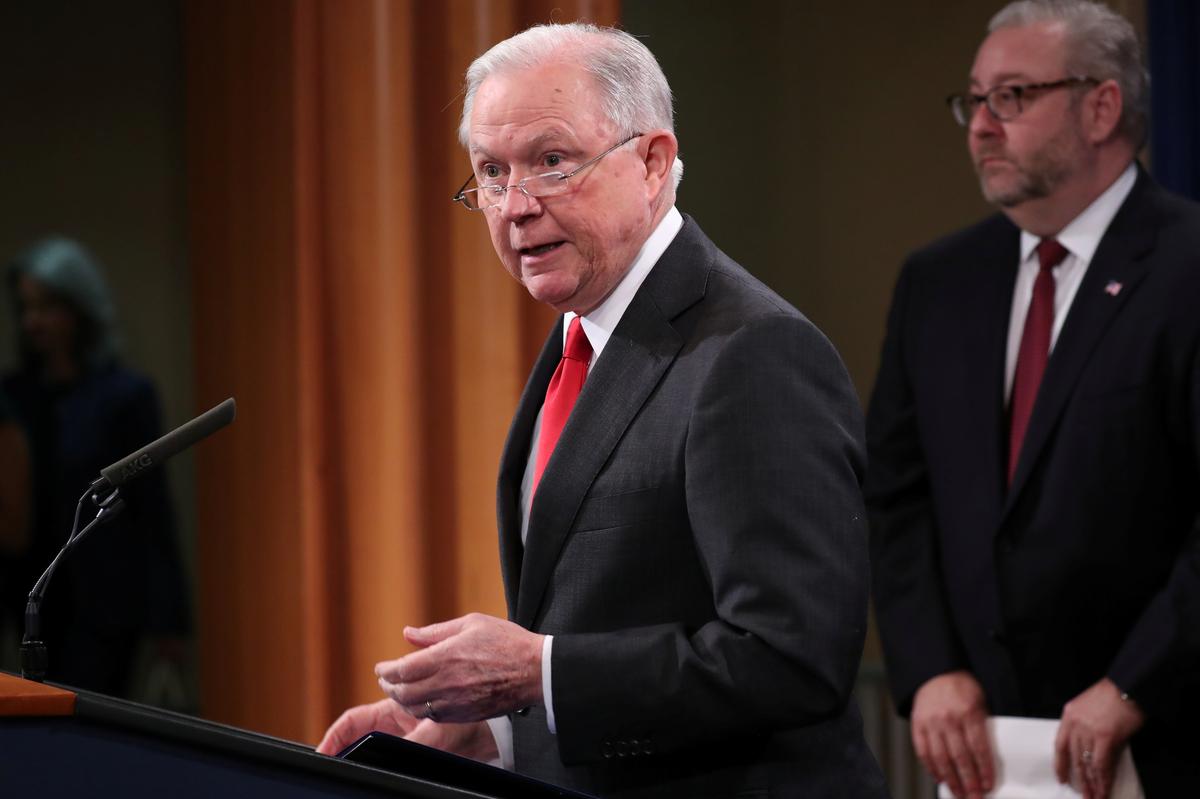 WASHINGTON (Reuters) – The U.S. Justice Department on Thursday unveiled an indictment against two companies based in China and Taiwan and three individuals, saying they conspired to steal trade secrets from U.S. semiconductor company Micron Technology Inc relating to its research and development of memory storage devices.

The charges against Taiwan-based United Microelectronics Corp, China state-owned Fujian Jinhua Integrated Circuit Co Ltd and three individuals who once worked for a unit of Micron mark the fourth case brought by the Justice Department since September as part of a broader crackdown against alleged Chinese espionage on U.S. companies.

The action is the latest in a long list taken to fight what some in the Trump administration call China’s cheating through intellectual property theft, illegal corporate subsidies and rules hampering U.S. corporations that want to sell their goods in China.

The FBI’s deputy director, David Bowdich, said that nearly every one of the agency’s 56 field offices “has investigations into economic espionage that lead back to the country of China.”

U.S. Attorney General Jeff Sessions told a news conference that Chinese espionage has been “increasing rapidly,” and the government is launching a new initiative to crack down on Chinese espionage trade cases.

China said on Friday the United States should present evidence to back up its charges.

“If the United States truly has genuine concerns, it should provide real examples to test these remarks that can stand up under evidence and facts,” Foreign Ministry spokesman Lu Kang told a news briefing in Beijing.

United Microelectronics issued a response saying the allegations in the indictment and complaint are “virtually the same as allegations in a civil complaint previously filed against UMC by Micron.”

“UMC regrets that the U.S. Attorney’s Office brought these charges without first notifying UMC and giving it an opportunity to discuss the matter,” the company said.

China and the United States are locked in an escalating trade conflict. The two countries have imposed tariffs on hundreds of billions of dollars of each other’s goods, and U.S. President Donald Trump has threatened to slap tariffs on the remainder of China’s $500 billion-plus exports to the United States if the disputes cannot be resolved.

In addition to the criminal case, the Justice Department filed a civil lawsuit seeking to prevent the two accused companies from exporting any products created using the trade secrets and blocking the further transfer of trade secrets.

Micron said in a statement that it “has invested billions of dollars over decades to develop its intellectual property. The actions announced today reinforce that criminal misappropriation will be appropriately addressed.”

The U.S. Commerce Department earlier this week also announced that it had put Fujian Jinhua Integrated Circuit Co Ltd on a list of entities that cannot buy components, software and technology goods from U.S. firms.

San Francisco FBI Special Agent in Charge John Bennett, whose counter-intelligence agents led the two-year probe, said China was the largest practitioner of government-backed economic espionage in Silicon Valley, but he noted that some victim companies remained reluctant to come forward to the FBI, for fear of stock price impact or embarrassment.

John Demers, the head of the Justice Department’s National Security Division, said Thursday that the multi-prong approach by the government has “stopped the harm” before it could manifest itself in a competing product.

Democratic Senator Mark Warner, vice chair of the Senate Intelligence Committee, cheered the action, and said the administration should do more to crack down on economic espionage by Chinese businesses and the Chinese government.

Micron filed its own a civil lawsuit against Fujian and United Microelectronics in December 2017 in federal court in California, accusing them of secret infringement of intellectual property related to its DRAM chips after prosecutors in Taiwan charged two Micron employees with stealing trade secrets.

In January, UMC filed a patent infringement lawsuit against Micron in China.

“No country presents a broader, more severe threat to our ideas, our innovation, and our economic security than China,” FBI Director Christopher Wray said in a statement.

The indictment alleges that China was interested in gaining access to dynamic random-access memory, or DRAM, a type of technology it did not possess. Micron is the only U.S.-based company that manufactures DRAM.

According to charging documents and Justice Department officials, Chen Zhengkun, a former Micron employee who worked in Taiwan, left the company in July 2015 to join United Microelectronics.

Chen, who is one of the three individuals facing criminal charges, then recruited other Micron employees to come and bring trade secrets with them. He also allegedly set up a joint venture with Fujian Jinhua, a China-owned company founded in 2016 for the sole purpose of developing DRAM technology.

Taiwan assisted with the investigation, according to Alex Tse, the U.S. attorney for northern California.

The Justice Department’s announcement Thursday comes on the heels of several other major Chinese espionage cases in recent months.