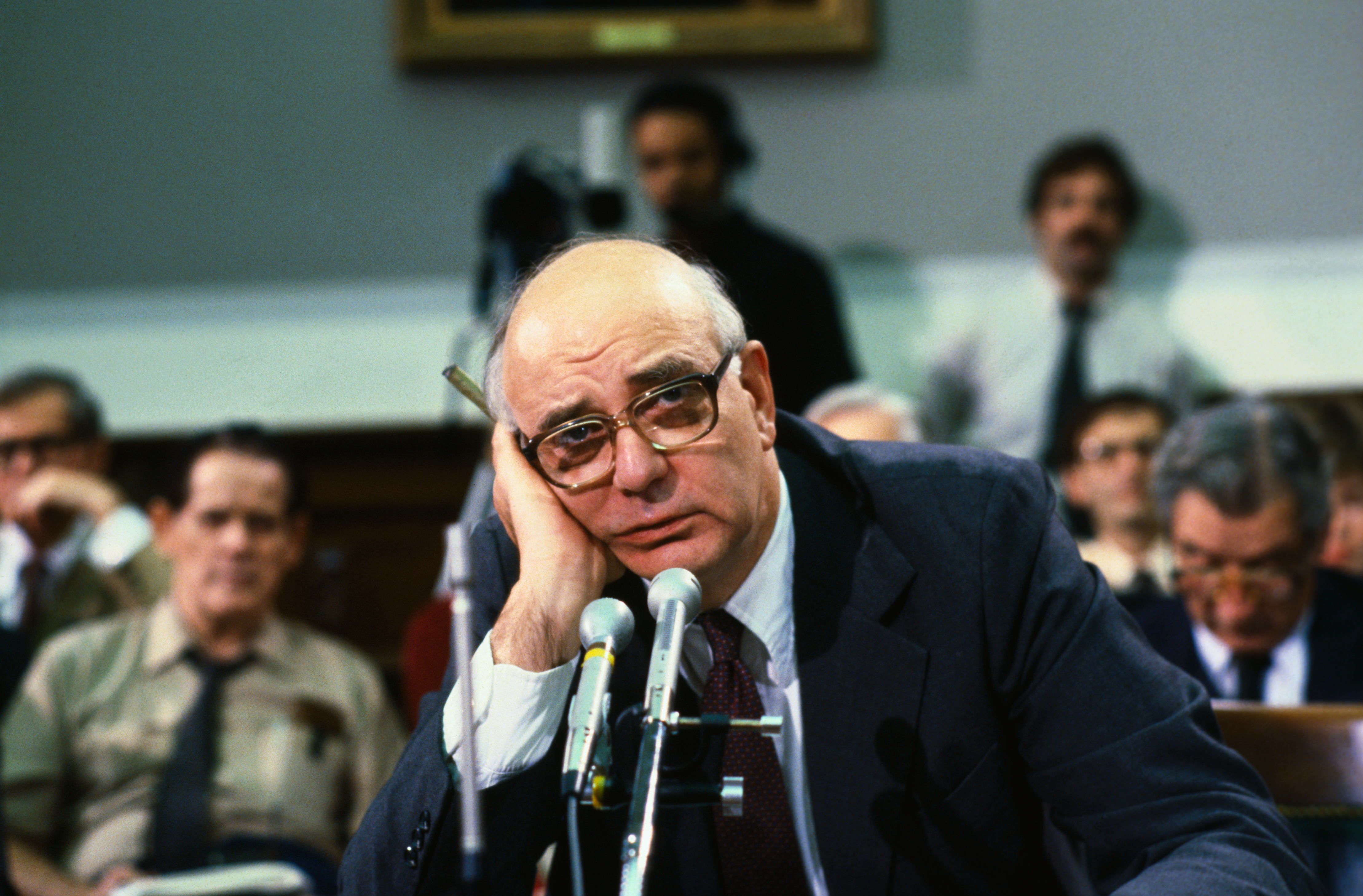 Paul Volcker, the former Federal Reserve Chairman credited with taming U.S. inflation nearly four decades ago, gave a rare interview Tuesday to the New York Times in which he expressed his pessimism and concerns about the U.S. government and economy during the Trump administration.

“We’re in a hell of a mess in every direction,” Volcker told the Times. “Respect for government, respect for the Supreme Court, respect for the president, it’s all gone. Even respect for the Federal Reserve…. And it’s really bad. At least the military still has all the respect. But I don’t know, how can you run a democracy when nobody believes in the leadership of the country?”

The 91-year-old Volcker made the comments while promoting a memoir he recently completed, ““Keeping at It: The Quest for Sound Money and Good Government.”

Volcker was named Fed Chairman by President Carter in 1979 and served until 1987. As the U.S. inflation rate reached 14.8% in March 1980, Volcker’s Fed raised the federal funds rate to as high as 22% in 1981, pushing the U.S. economy into a recession but ushering in an era of lower inflation that has endured ever since.

He’s also known for proposing legislation to prevent banks from using customer deposits in risky investments. The idea became the Volcker Rule in the Dodd-Frank Act, as well as a thorn in the side of big banks. While Wall Street may chafe at some of Volcker’s ideas and actions, he’s widely held in high regard in the financial industry.

In his memoir, Volcker recounts a meeting with President Reagan before the 1984 Presidential election in which Volcker was ordered to not raise interest rates before the election (Volcker said he had no such plans). He also said he puzzled by the current Fed’s use of a 2% inflation target. And his harshest words were for the “swamp” of lobbyists in Washington today

“The central issue is we’re developing into a plutocracy,” Volcker told the Times. “We’ve got an enormous number of enormously rich people that have convinced themselves that they’re rich because they’re smart and constructive. And they don’t like government, and they don’t like to pay taxes.”