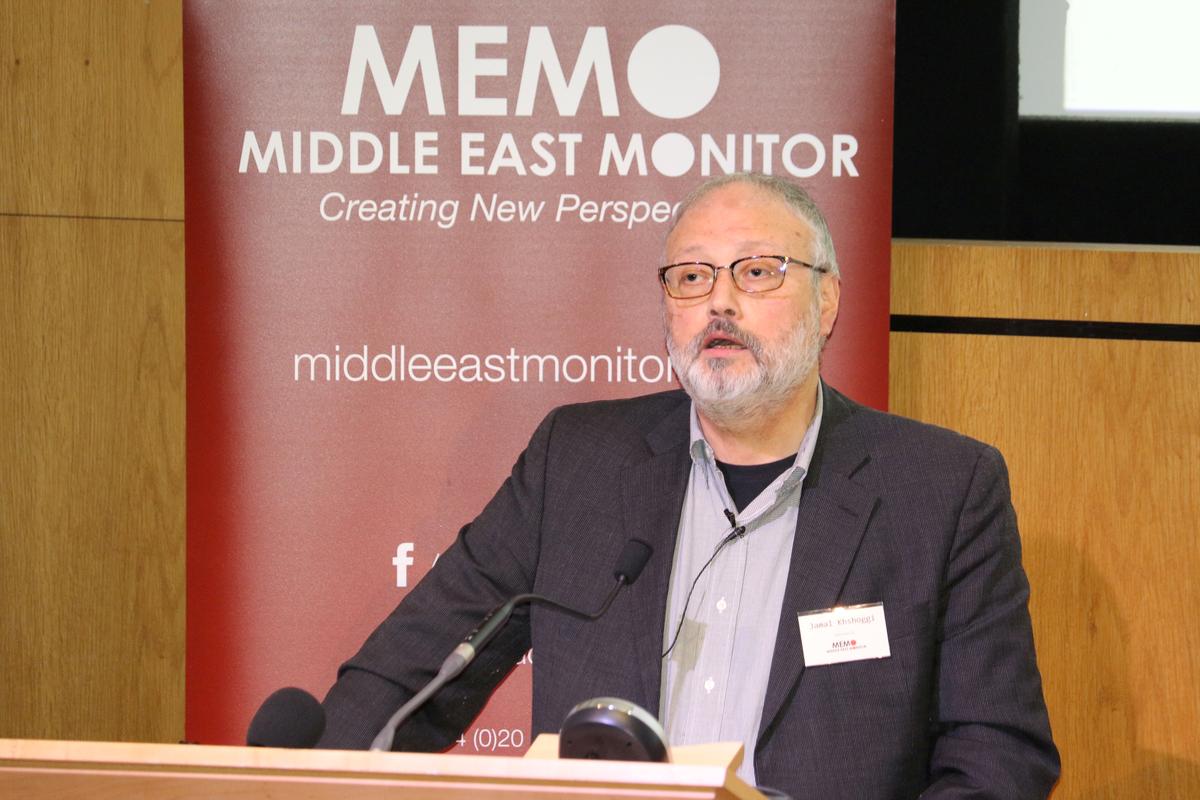 DUBAI/GLENDALE, Ariz./WASHINGTON (Reuters) – Saudi Arabia said on Saturday that journalist Jamal Khashoggi had died in a fight inside its Istanbul consulate – Riyadh’s first acknowledgement of his death after two weeks of denials that it was involved in his disappearance.

Saudi King Salman dismissed five officials over the incident, which has has sparked an international outcry and thrown Western relations with the Middle East power into turmoil.

Saudi Arabia provided no evidence to support its account of the circumstances that led to Khashoggi’s death and it was unclear whether other governments would be satisfied with it.

U.S. President Donald Trump, who has made close ties with Saudi Arabia a centerpiece of his foreign policy, said in Arizona: “I think it’s a good first step, it’s a big step.”

“Saudi Arabia has been a great ally. What happened is unacceptable,” he said.

He said he would speak with the crown prince, but he also emphasized Riyadh’s importance in countering regional rival Iran and the importance for American jobs of massive U.S. arms sales to Saudi Arabia, the world’s biggest oil exporter.

Some U.S. lawmakers were unpersuaded by the Saudi account.

“To say that I am skeptical of the new Saudi narrative about Mr. Khashoggi is an understatement,” said Republican U.S. Senator Lindsey Graham.

Khashoggi went missing after entering the consulate on Oct. 2 to obtain documents for his upcoming marriage.

Days later, Turkish officials said they believed he was killed in the building and his body cut up, an allegation Saudi Arabia had, until now, strenuously denied.

The Saudi public prosecutor said on Saturday that a fight broke out between Khashoggi and people who met him in the consulate, leading to his death. Eighteen Saudi nationals had been arrested, the prosecutor said in a statement.

A Saudi official told Reuters separately: “A group of Saudis had a physical altercation and Jamal died as a result of the chokehold. They were trying to keep him quiet.”

Turkish sources say the authorities have an audio recording purportedly documenting Khashoggi’s murder inside the consulate.

Turkish pro-government newspaper Yeni Safak has published what it said were details from the audio. It said Khashoggi’s torturers cut off his fingers during an interrogation and later beheaded and dismembered him.

Before the Saudi announcements, Trump said he might consider sanctions although he has also appeared unwilling to distance himself too much from the Saudi leadership.

For other Western allies, a main question will be whether they believe Prince Mohammed, who has painted himself as a reformer, has no culpability. King Salman had handed the day-to-day running of Saudi Arabia to his son.

Britian said it was considering its “next steps”, while Australia said it pulled out of a planned investment summit in Saudi Arabia in protest at the killing.

The crisis prompted the king to intervene, five sources with links to the Saudi royal family told Reuters.

The White House said it would continue to press for “justice that is timely, transparent, and in accordance with all due process”.

Democratic Senator Jack Reed, the Ranking Member of the Senate Armed Services Committee, said the Saudis were still not forthcoming with the truth.

“This appears to have been a deliberate, planned act followed by a cover-up,” he said in a statement

‘NO ORDERS TO KILL HIM’

Qahtani, 40, rose to prominence after latching onto Prince Mohammed, becoming a rare confidante in his inner circle.

Sources say Qahtani would regularly speak on behalf of the crown prince and has given direct orders to senior officials including in the security apparatus.

People close to Khashoggi and the government said Qahtani had tried to lure the journalist back to Saudi Arabia after he moved to Washington a year ago fearing reprisals for his views.

In a Twitter thread from August 2017, Qahtani wrote: “Do you think I make decisions without guidance? I am an employee and a faithful executor of the orders of my lord the king and my lord the faithful crown prince.”

In a tweet on Saturday, he thanked the king and crown prince for the “big confidence” they had in him.

Asiri joined the Saudi military in 2002, according to Saudi media reports, serving as spokesman for a coalition backing Yemen’s ousted president after Prince Mohammed led Saudi Arabia into that country’s civil war in 2015. He was named deputy chief of foreign intelligence in April 2017.

The crown prince had no knowledge of the specific operation that resulted in Khashoggi’s death, a Saudi official familiar with the Saudi investigation said.

“There were no orders for them to kill him or even specifically kidnap him,” said the official, speaking on condition of anonymity. There was a standing order to bring critics of the kingdom back to the country, he added.

“MbS had no knowledge of this specific operation and certainly did not order a kidnapping or murder of anybody. He will have been aware of the general instruction to tell people to come back,” the official said.

The official said the whereabouts of Khashoggi’s body were unclear after it was handed over to a “local cooperator” but there was no sign of it at the consulate.

The public prosecutor’s statement did not specify where the operatives had put Khashoggi’s body or if they plan to inform the Turks. The Saudi official told Reuters, “We don’t know for certain what happened to the body.”

In Saudi Arabia on Saturday, there was widespread support for the king and the crown prince on Twitter, with hashtags such as “#I am Saudi and I defend it” and “#Saudi kingdom of justice” trending.

Khashoggi’s Turkish fiancée, Hatice Cengiz, tweeted in Arabic: “The heart grieves, the eye tears, and with your separation we are saddened, my dear Jamal,” she said, also asking “#where is martyr Khashoggi’s body?”