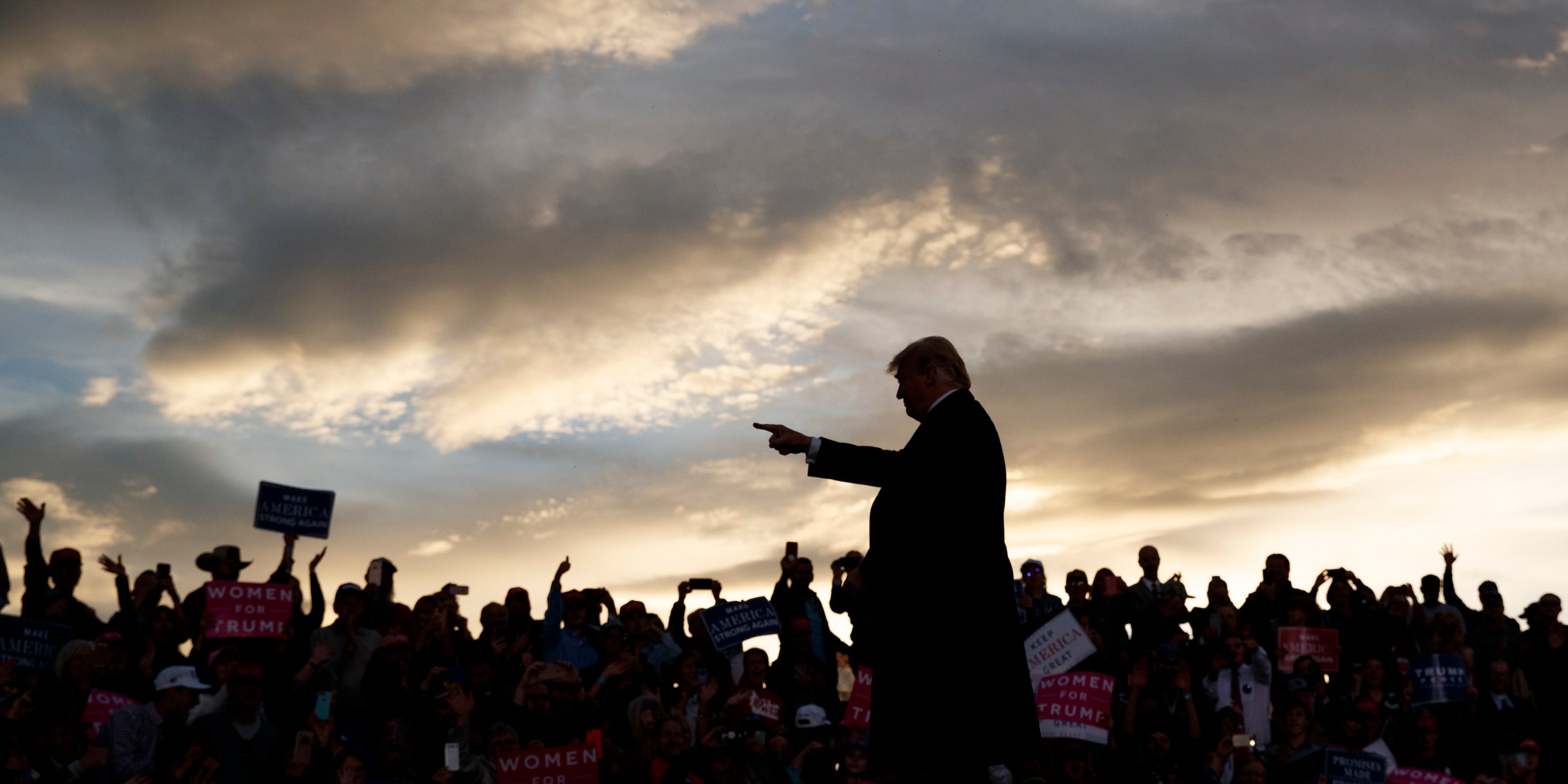 President Donald Trump drew jeers from media figures after praising Montana Senator Greg Gianforte, who was convicted of body-slamming a reporter, on the same day he said Saudi critic Jamal Khashoggi was likely dead after visiting the Saudi consulate in Istanbul.

Despite the outrage over Trump’s disregard for the press safety in his own country, and his apparent willingness to accept excuses from the Saudis as they draw out a long investigation into Khashoggi, Trump can probably put the issue to bed with some slaps on the wrist.

Trump has already stressed the importance of the US-Saudi alliance and repeatedly explained that he doesn’t want to cut arms sales to the country.

On this issue he is opposed to many in Congress — Senator Lindsey Graham, a key figure on the Senate Armed Services Committee and a Trump ally, already forcefully came out in favor of curtailing arms sales.

A bipartisan group of 22 Senators also sought to impose sanctions on key Saudi officials in response to what’s increasingly being seen as a murder of a journalist and US resident on sovereign Saudi property in Turkey.

Trump initially threatened “severe punishment” against the Saudis if they had killed Khashoggi. But Saudi Arabia’s official response called it an attempt to “undermine” the kingdom, and said it could lead to further escalation.

But don’t be surprised if the punishments offered by the Trump administration, or even Congress, aren’t that severe.

When it comes time for the US to hold Saudi Arabia accountable for its human rights record, the punishments are never that severe.

These are Royal Saudi Air Force F-15 jets from the US. They can’t take Russian or Chinese bombs. They rely on US support. REUTERS/Fahad Shadeed

The Trump administration has forged closer ties with Saudi Arabia and embraced Crown Prince Mohammed as a reformer who granted women the right to drive and cracked down on corruption within his country.

Furthermore, Trump needs Saudi support for his other ambitions in the Middle East. Sanctions on Iranian oil come into effect on November 4, and the US likely can’t afford to cut oil imports from Saudi Arabia too much while this is happening.

The Trump administration already asked Saudi Arabia to hike oil production to combat rising prices. It’s unlikely the US will would cut down on its consumption of 800,000 barrels per day from the kingdom.

The US could suspend parts of its military assistance to Saudi Arabia’s military campaign in Yemen, where Saudi Arabia stands accused of using US weapons for war crimes against civilians.

But Trump has repeatedly touted Saudi Arabia’s intention to spend $110 billion on US arms as a boon to domestic job creation, and came out early to say he doesn’t want to cut cooperation there.

A new set of sanctions, the option favored by the 22 Senators, could hit a number of top Saudi officials and cut their access to US banking and investment. But as an absolute monarchy, Saudi Arabia can reshuffle its cabinet as needed.

U.S. Secretary of State Mike Pompeo shakes hands with the Saudi Crown Prince Mohammed bin Salman in Riyadh, Saudi Arabia, Tuesday Oct. 16, 2018. Pompeo also met on Tuesday with Saudi King Salman over the disappearance and alleged slaying of Saudi writer Jamal Khashoggi, who vanished two weeks ago during a visit to the Saudi Consulate in Istanbul. Leah Millis/Pool via AP

“I think we’ll be making a statement, a very strong statement,” Trump said after saying that “intelligence coming from every side” indicated Khashoggi had been murdered.

But Trump could potentially send that statement with a handful of sanctions and cutting back some military cooperation with Saudi Arabia without blowing up the entire bilateral relationship, Jonathan Schanzer, a former terrorism-finance analyst at the US Department of the Treasury wrote at the New York Post.

Since Khashoggi disappeared, Saudi Arabia has taken a considerable beating on the world stage, rolling back the gains of a 2017 public relations tour by Crown Prince Mohammed. But the US and Saudi Arabia’s close ties aren’t based on shared values, or its progress on social reform.

Globally no major economy or group, except perhaps the UN Human Rights Council, where Saudi Arabia is a member which has held key leadership roles, considers Saudi Arabia a humanitarian powerhouse.

Companies and countries transact with Saudi Arabia because it is the world’s largest oil exporter with just under 10 million barrels of crude oil produced per day, not because it exemplifies liberal values. Khashoggi’s almost certain death probably won’t change that.

It’s up to Crown Prince Mohammed if he wants to respond to any US rebukes harshly, as the kingdom did to Trump’s previous talk of punishment. But Saudi dependence on US dollars and weapons limits his options for meaningfully cutting ties without severe blowback.

For Trump, a measured public statement, some light sanctions, and cutting off logistical support, like mid-air refueling from US tankers for Saudi war planes on their way to Yemen, may allow him to turn the page on the Khashoggi case.

Brushing off Khashoggi’s allegedly brutal murder would actually be in keeping with decades of US policy towards Saudi Arabia. The kingdom has consistently turned a blind eye to the oppression of women and the LGBT community, and more recently a Saudi jet bombing a school bus in Yemen, which killed 40 children.