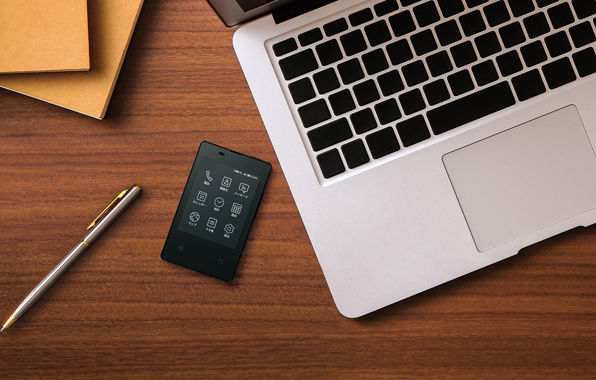 With Apple and most Android OEMs making increasingly larger phones while Apple discontinues the small iPhone SE, it’s pretty clear where the smartphone market is going—at least for the near term. But that doesn’t mean there aren’t some companies bucking the trend by going smaller, not bigger. Earlier this week, we heard that Palm’s brand is rebooting with a very small phone that’s not meant to be your main portable computing device. But this phone from Kyocera is even smaller.

The Japanese company has been producing unusual phone designs off and on for years, like a Nintendo DS-like
dual-screen handset in the early Android days. The latest experiment
is the KY-O1L, a phone that would likely fit in one of the credit card slots in your wallet or purse. We said
the Palm phone was “about the size of a credit card,” and that was true—except in depth. This phone is
a little closer to that goalpost in depth. Unfortunately, it’s only being released in Japan—but it’s an interesting concept to see even if you’re not in that region.

“Smartphone” feels a little bit of a stretch. The KY-O1L doesn’t run iOS or Android, and it has no app store. It also has no camera. It has built-in apps, though, including a Web browser, a calculator, and a calendar—so sure, it’s technically a smartphone. It has a 380mAh battery, which sounds abysmal, but the ePaper display should not use very much power, so we wouldn’t be surprised if its battery life is just fine regardless.

The KY-O1L will launch in Japan on NTT Docomo in late November for ¥32,000, or roughly $285 at current exchange rates. Frankly, that’s a bit pricy for what’s included; the Palm phone will have significantly more features for $350.

But the design of the KY-O1L makes the case that sometimes a phone doesn’t have to be a universal computing device intended to run every aspect of your life, from health to productivity to music to work. Sometimes, it can just be a phone with a couple of extras—as was the norm not so long ago. And there are some intriguing designs to explore if consumers are willing to consider the narrower value proposition.