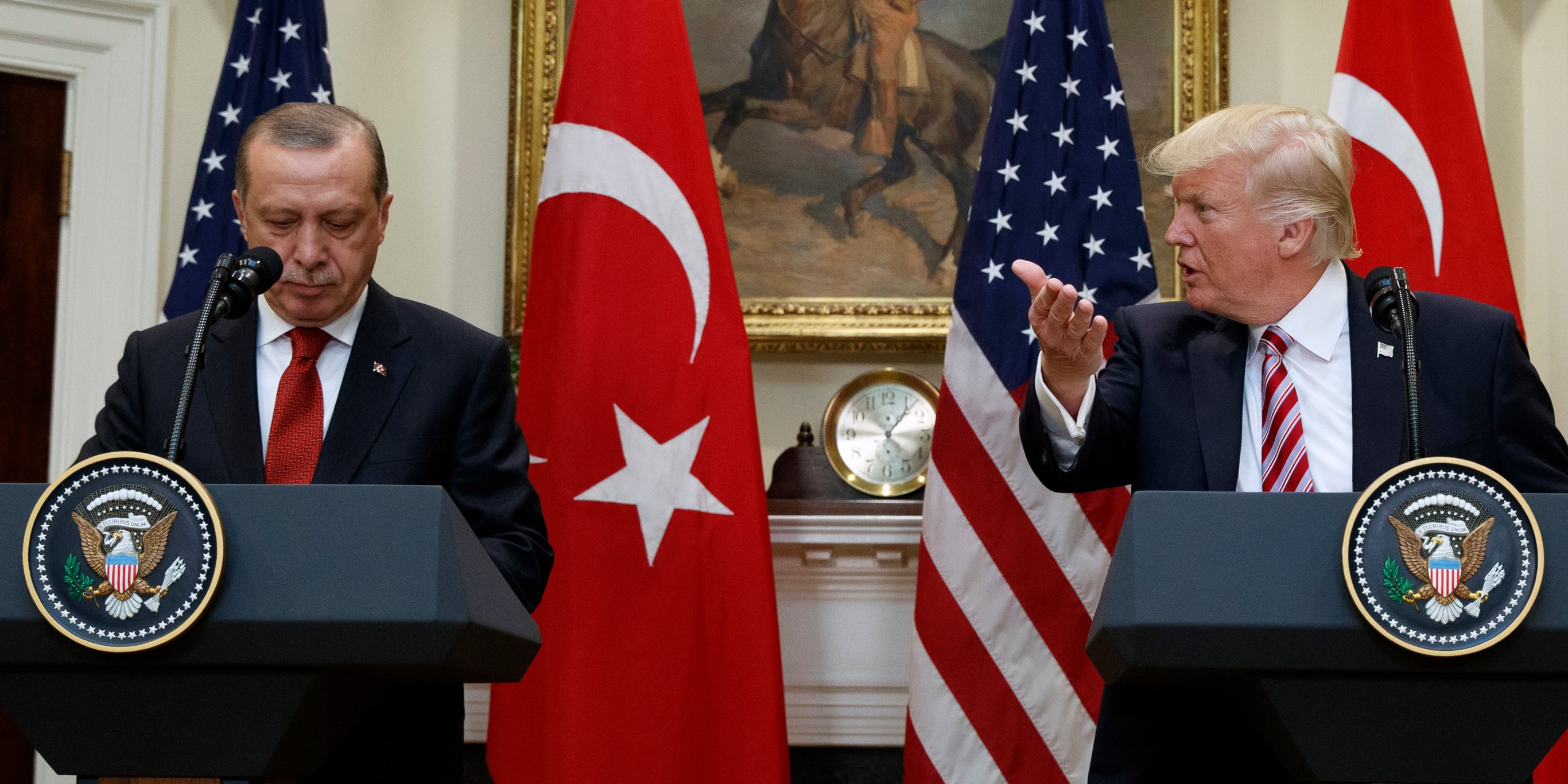 While US Secretary of State Mike Pompeo was meeting with Saudi Arabia’s leaders on Tuesday, Turkish President Recep Tayyip Erdogan dropped a bombshell of a new twist in the investigation into the mysterious disappearance of the Saudi journalist Jamal Khashoggi.

According to Erdogan, Turkish investigators who searched the Saudi Consulate in Istanbul found surfaces there newly painted over.

Previous news reports have cited anonymous Turkish officials suggesting that a hit team of 15 Saudis killed and dismembered Khashoggi, a critic of the Saudi government, inside the consulate.

“My hope is that we can reach conclusions that will give us a reasonable opinion as soon as possible, because the investigation is looking into many things such as toxic materials and those materials being removed by painting them over,” Erdogan told reporters, according to the Turkish pro-Erdogan website Yeni Safak.

Turkish investigators acknowledged that searching the consulate 13 days after Khashoggi vanished wasn’t ideal. As part of the search, they used a dog and took soil samples as well as a metal door from the garden, according to Reuters.

Hours before the investigators entered the consulate, multiple news outlets reported of, and cameras filmed, a cleaning crew wheeling in boxes and boxes of cleaning supplies.

Turkish officials have also been quoted saying they have audio recording Khashoggi being killed.

The New York Times on Monday reported that Saudi Arabia had begun preparing an alibi that would acknowledge Khashoggi had been killed. Publicly, Saudi Arabia so far has issued only denials in response to reports of Turkish claims that Khashoggi was murdered.

The Times cited sources as saying the Saudis were planning to say Khashoggi had been killed in an “interrogation gone wrong,” done without the monarchy’s knowledge.

After a phone call with Saudi King Salman on Monday, President Donald Trump suggested that “rogue killers” might be responsible for the disappearance, rather than the Saudi royalty.

Appearing to find the explanation a little too convenient, Democratic Sen. Chris Murphy of Connecticut, who has access to US intelligence reports, tweeted he had already heard the Saudis would try to deny fault by blaming “rogue killers.”

He accused Trump of having been enlisted as Saudi Arabia’s “PR agent” to float the denial.

How is it going for Saudi Arabia now?

In an interview that aired Sunday night, Trump threatened “severe punishment” if it turned out the Saudis did kill Khashoggi, a US resident who has written for The Washington Post.

But he has also repeatedly backed off the idea of halting arms sales to Saudi Arabia and emphasized that Khashoggi is not a US citizen.

Still, Saudi Arabia responded harshly, saying it would retaliate and escalate the situation if it suffered any consequences from the Khashoggi case.

Harsh responses to any gentle criticism or genuine questions have become a hallmark of Saudi foreign policy under Crown Prince Mohammed bin Salman, the de facto Saudi leader who is set to inherit the throne from his father, King Salman.

Saudi Arabia has found itself becoming isolated since Khashoggi vanished on its property in Istanbul, with business executives and companies increasingly distancing themselves from the kingdom.

“This is going to alter the relationship between the US and Saudi Arabia for the foreseeable future,” Sen. Marco Rubio of Florida said on CNN, joining a growing chorus of senators who now want to investigate and who seem willing to sanction the kingdom over the boiling controversy.

On Tuesday, Pompeo landed in Riyadh to meet with King Salman to discuss Khashoggi’s disappearance.

CNN reporters covering the meeting say it lasted no longer than 15 minutes.

While Trump and the Saudis appear on the same page about “rogue killers,” Erdogan reminded observers on Tuesday that Turkey remained in control of the facts of the case as its investigators continued to uncover potentially damning information.