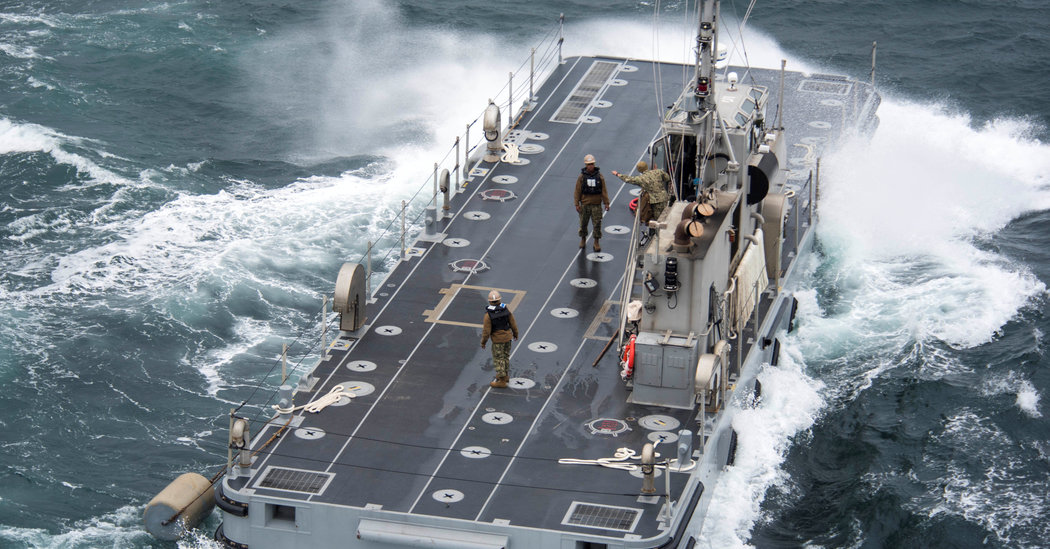 “I was present when the discussion took place,” Mr. Pompeo said. “He made it very clear that the condition precedent for the exercises not to proceed was a productive, good-faith negotiations being ongoing. And at the point it’s concluded that they are not, the president’s commitment to not have those joint exercises take place will no longer be in effect.”

Representative Mac Thornberry of Texas, the chairman of the House Armed Services Committee, said he had no problem with Mr. Trump pausing large-scale joint exercises as long as it was helpful to negotiations. But he said he expected routine training to continue.

The biggest beneficiary of an American withdrawal would be China.

Already, Mr. Trump’s preoccupation with North Korea has diverted attention from Chinese actions that alarm its neighbors, most notably a military buildup on islands that China built in the South China Sea.

Ending military drills in South Korea would be a gift to China, which has previously suggested just such a formula: that North Korea freeze its nuclear and missile programs in exchange for a halt to major military exercises by American and South Korean forces.

For China, the ultimate goal is to reduce American influence in the region as it seeks to consolidate and expand its own power. The removal of American troops from South Korea, held out by Mr. Trump as a possibility, is a long-held goal of Beijing.

“This is exactly what they want to see: the United States doing less militarily in northeast Asia,” said Michael Fuchs, a senior fellow at the Center for American Progress who was a deputy assistant secretary of state for East Asian and Pacific affairs in the Obama administration. China “wants to see the United States sow doubts in the minds of our allies in Japan, South Korea and elsewhere, and this is exactly what President Trump did.”

In South Korea, where the government of President Moon Jae-in has been pushing for the détente between the United States and North Korea, officials did not object outright to Mr. Trump’s surprise announcement about military drills. At a briefing in Singapore, Nam Gwan-pyo, South Korea’s deputy director of national security, said officials had previously discussed suspending drills “as long as dialogue is being maintained.”