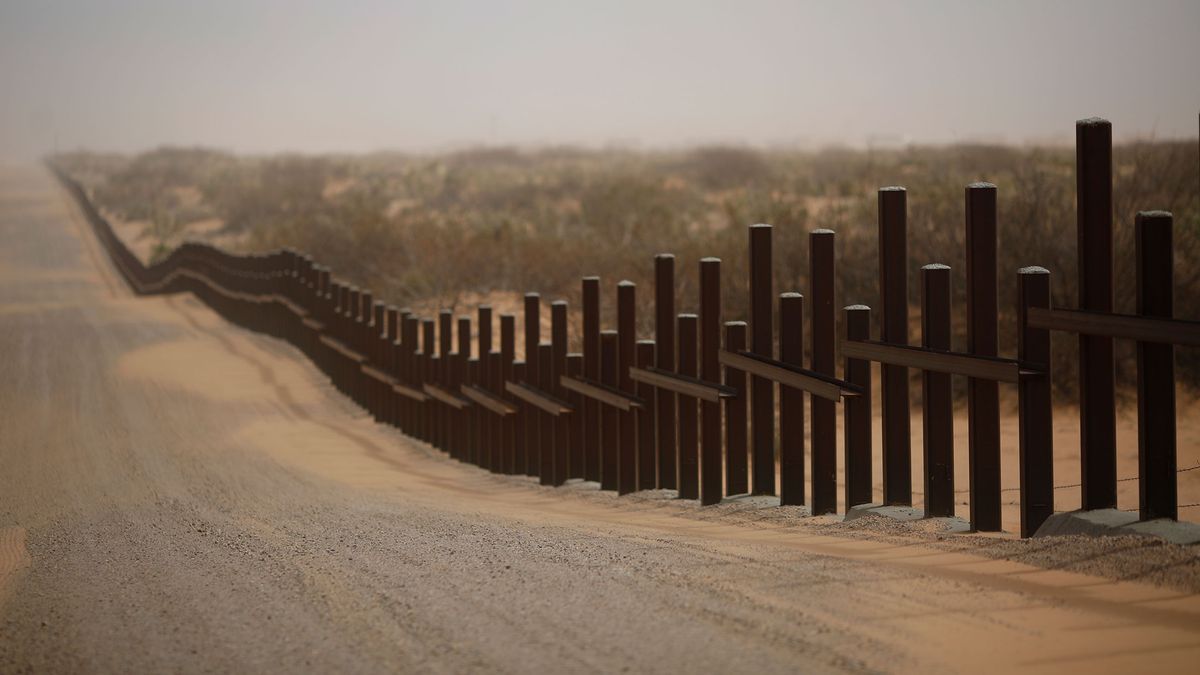 President Donald Trump’s renewed demands for a border wall and dramatic changes to immigration laws in exchange for deportation protections for young undocumented immigrants may help Democrats by keeping the issue alive in the 2018 election year.

Polls show voters side with Democrats on shielding the immigrants, known as Dreamers. By adopting a hard line, Trump is setting the stage for a prolonged fight in Congress that could help Democrats gain seats in the House and Senate.

The White House on Sunday demanded “complete construction” of a U.S.-Mexico border wall and expedited removal of undocumented immigrants — just weeks after Trump agreed with Senate Minority Leader Chuck Schumer and House Minority Leader Nancy Pelosi on a simpler bipartisan plan. It called for allowing 800,000 young immigrants to stay in the U.S. with a possible path to citizenship in exchange for stiffer border security but no wall.

Both Democratic leaders — dubbed “Chuck and Nancy” by Trump when their surprise deal was hatched at a White House dinner of Chinese food on Sept. 13 — late Sunday declared the accord all but dead.

“We told the president at our meeting that we were open to reasonable border security measures alongside the DREAM Act, but this list goes so far beyond what is reasonable,” Schumer of New York and Pelosi of California said in a statement. “This proposal fails to represent any attempt at compromise.”

Trump’s shift in posture Sunday night may reflect a tough negotiating strategy to win support for his border initiatives, or an effort to appeal to anti-immigration supporters. Either way, he risks getting no support from Democrats, which would doom the measure and alienate voters who back allowing Dreamers to remain in the U.S.

Trump is negotiating as if he has leverage on immigration when he doesn’t, said Jim Manley, who was a top aide to former Senate Majority Leader Harry Reid, a Nevada Democrat.

“This is one of the worst opening bids I’ve seen in politics in recent years,” Manley said. “None of this is ever going to get through the Senate based on what we’ve seen so far.”

The president’s position on immigration threatens to leave him — and Republican lawmakers — with no major policy achievements during Trump’s first year in office. Republicans unsuccessfully pushed a partisan approach to repeal Obamacare. They’re taking the same approach in trying to overhaul taxes this year amid opposition from Democrats.

Democrats have little to lose. They either will get the deportation protections for Dreamers or an opportunity to expose deep rifts among congressional Republicans over immigration. In the Senate, the chamber most up for grabs in next year’s midterm elections, two Republicans most at risk — Dean Heller of Nevada and Jeff Flake of Arizona — both face immigration-hardliner challengers in their primary races but need support from Latino voters to prevail in November.

Trump’s new plan calls for fully funding his proposed wall on the U.S.-Mexico border, money to hire thousands of additional immigration agents and revamping the asylum system. Its principles are meant as the framework for a legislative reworking of the Deferred Action for Childhood Arrivals program that Trump terminated in September with a six-month delay to allow for congressional action.

“These findings outline reforms that must be included as part of any legislation addressing the status of Deferred Action for Childhood Arrivals (DACA) recipients,” Trump said in a letter to congressional leaders. “Without these reforms, illegal immigration and chain migration, which severely and unfairly burden American workers and taxpayers, will continue without end.”

Administration officials who briefed reporters Sunday night described Trump’s principles — including an end to so-called chain migration, in which permanent residents and citizens can sponsor relatives for entry to the U.S. — as neither a veto threat against a DACA bill lacking the provisions nor an opening bid.

Bipartisan support for any deal on immigration is necessary because it would require 60 votes in the Senate, which Republicans control 52-48.

Broadening the scope of that deal would highlight a sharp divide among Republican over the fate of the young immigrants and the best approach to tighten immigration enforcement.
The leader of the conservative House Freedom Caucus said Monday he looks forward to changes that will “restore law and order.”

“Members of the House Freedom Caucus continue to work with the administration and other congressional Republicans on potential fixes to the unconstitutional Obama-era DACA program,” said Representative Mark Meadows, a North Carolina Republican who is chairman of the caucus. “We look forward to the administration’s insistence on these principles in any deal that is signed into law.”

Flake, a long-time advocate of protecting the Dreamers, last week introduced a measure designed to help advance Trump’s agreement with the top Democrats. On Thursday he introduced a bill that would provide $1.6 billion in funding for border security, target members of gangs like MS-13 for deportation, and allow DACA recipients or children in the U.S. since 2012 to stay for up to 10 years with conditional resident status. They also could get a green card if they meet certain requirements.

Yet other conservative Republicans are moving in other directions.

Trump met last week to discuss DACA legislation with a small group of conservative Republican lawmakers including Senators David Perdue of Georgia and Tom Cotton of Arkansas. They have proposed revamping U.S. immigration priorities and creating what they call a “merit-based” system that would move away from chain migration and cut legal immigration in half over a decade.

The bill has attracted no other cosponsors, and its principles are opposed not only by Democrats but also many Republicans. But the two senators have sympathizers among Trump’s aides, and possibly in the president himself, for whom immigration was a major campaign issue.

White House Legislative Director Marc Short said a review of U.S. immigration laws ordered by Trump identified shortcomings in three major areas: the ability to promptly remove undocumented immigrants at the border; the enforcement of immigration standards inside the U.S., including visa overstays; and ending chain migration, which he described as unfair to taxpayers and citizens.

The review was carried out by agencies including the departments of Justice, State and Homeland Security, Short said.