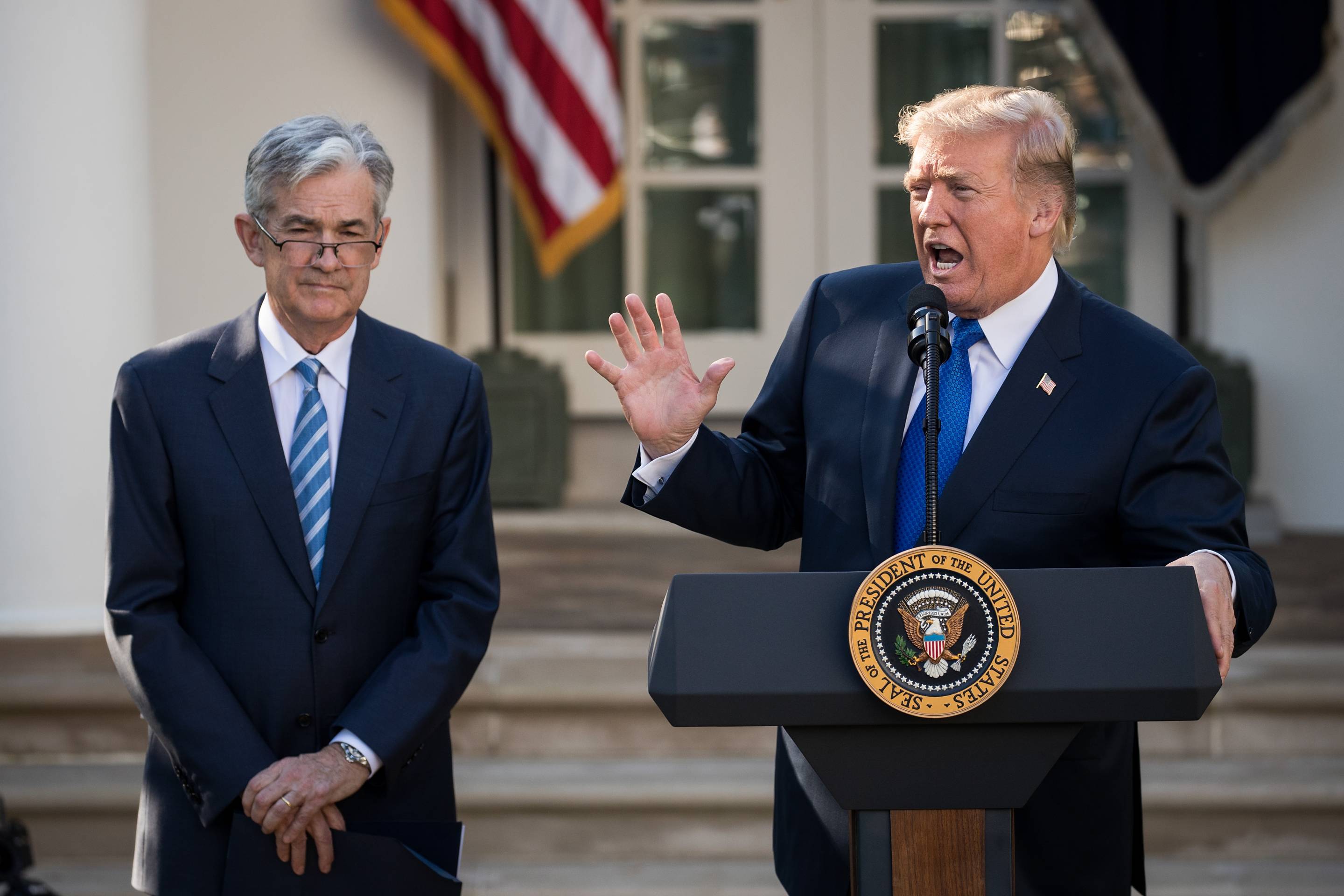 President Trump leveled another attack on Jerome Powell, the Federal Reserve Chairman he appointed earlier this year, saying he’s “not even a little bit happy” with his performance and faulting him for the stock market’s recent declines.

Speaking in an interview to the Washington Post, Trump complained about the Fed’s policies under Powell, notably its willingness to raise interest rates to stave off inflation. “I’m doing deals, and I’m not being accommodated by the Fed,” Trump told the Post. “They’re making a mistake because I have a gut, and my gut tells me more sometimes than anybody else’s brain can ever tell me.”

Trump said the policies are damaging the economy, citing GM’s announcement Monday it would lay off 15% of its workforce as well as the slumping U.S. stock market. The S&P 500 has fallen 8.8% in a little more than two months and the Dow Jones Industrial Average has declined 8.2%. Others have cited Trump’s trade war as a reason for the stock declines, while GM says its layoffs are in response to technology changing the auto industry.

The Fed has raised interest rates three times in 2018 and eight times since 2015, after years of holding benchmark rates close to zero in the wake of the 2008 financial crisis. After the most recent rate increase in September, Powell said the moves were good for the economy’s long-term welfare. Financial markets are expecting more rate increases through 2019, perhaps as soon as next month.

Trump has criticized Powell several times before. In July, he said he told CNBC he wasn’t “thrilled” about higher rates, a sentiment he echoed to Reuters a month later. After the September rate increase, Trump said he was “worried” that the Fed seems “to like raising interest rates.”

As stocks tumbled last month, Trump took to stronger rhetoric, saying the Fed had “gone crazy.” Later, he told the Wall Street Journal that he “maybe” regrets appointing Powell. And last week, Trump blamed Treasury Secretary Steven Mnuchin for Powell’s appointment. The comments to the Post Tuesday were some of his harshest yet toward the Fed Chairman.