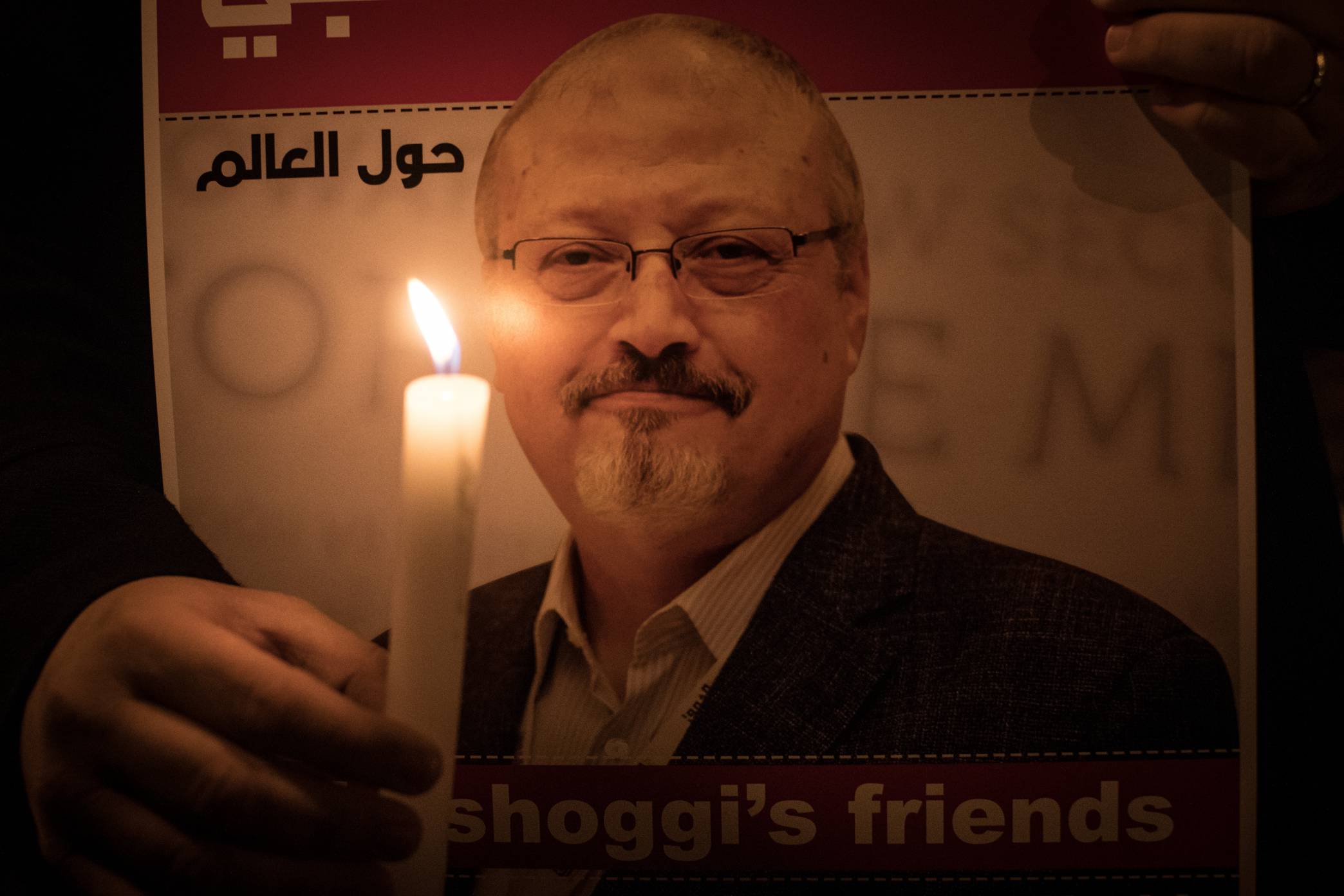 The U.S. announced sanctions against 17 Saudi officials over the death of U.S.-based journalist Jamal Khashoggi, as the White House seeks to quell international outrage over his killing while preserving its relationship with a key ally in the Middle East.

The announcement came just hours after Saudi Arabia charged 11 people for the murder, saying it will seek the death penalty for five who confessed. Among the officials sanctioned by the U.S. was Saud al-Qahtani, a senior adviser to Crown Prince Mohammed bin Salman before King Salman removed him after the killing.

The sanctions, which will limit access to the U.S. financial system and freeze the assets of officials, come shortly after the Trump administration announced plans to end air refueling flights for the Saudi-led coalition fighting Houthi rebels in Yemen. The conflict has fueled the world’s worst humanitarian disaster, according to the United Nations.

“The Saudi officials we are sanctioning were involved in the abhorrent killing of Jamal Khashoggi,” Treasury Secretary Steven Mnuchin said in a statement. “These individuals who targeted and brutally killed a journalist who resided and worked in the United States must face consequences for their actions. The Government of Saudi Arabia must take appropriate steps to end any targeting of political dissidents or journalists.”

But the financial penalties announced by the U.S. aren’t expected to directly affect the crown prince, who critics say must have given at least tacit approval for some of his aides to plan Khashoggi’s murder. The action may revive criticism that President Donald Trump hasn’t responded forcefully enough to the killing.

Asked whether al-Qahtani had any role in the murder, Saudi Arabia’s deputy attorney general Shalaan Shalaan said that a royal adviser had a coordinating role and had provided information. The adviser believed that Khashoggi had been co-opted by organizations and countries hostile to the kingdom “and his presence abroad represented a danger to national security,” the prosecutor said.

The former adviser was now under investigation, the prosecutor said, declining to reveal the names of any of those facing charges. The prosecution “demands the death penalty for those who ordered and executed the killing and they’re five people,” he said.

The moves come as Trump is relying on Saudi Arabia as a central pillar of his strategy to contain Iran, including by providing enough oil to ensure new U.S. sanctions imposed against the Islamic Republic don’t cause a spike in crude prices.

Trump previously vowed “very severe” consequences over the killing, and said he would work with members of Congress to develop an effective response. But in recent weeks, he’s also said he didn’t believe Saudi leaders had betrayed him in the case and reiterated he believes it would be foolish for the U.S. to cancel arms deals with the country because it might hurt U.S. jobs.

The Washington Post columnist, a critic of the crown prince’s policies and a U.S. resident, was murdered during an Oct. 2 visit to the Saudi consulate in Istanbul, where he was picking up documents needed for his upcoming wedding. After initially denying that Khashoggi had died inside the facility, Saudi officials conceded that he had been killed during an interrogation and announced the firing of five top officials and arrest of 18 others.