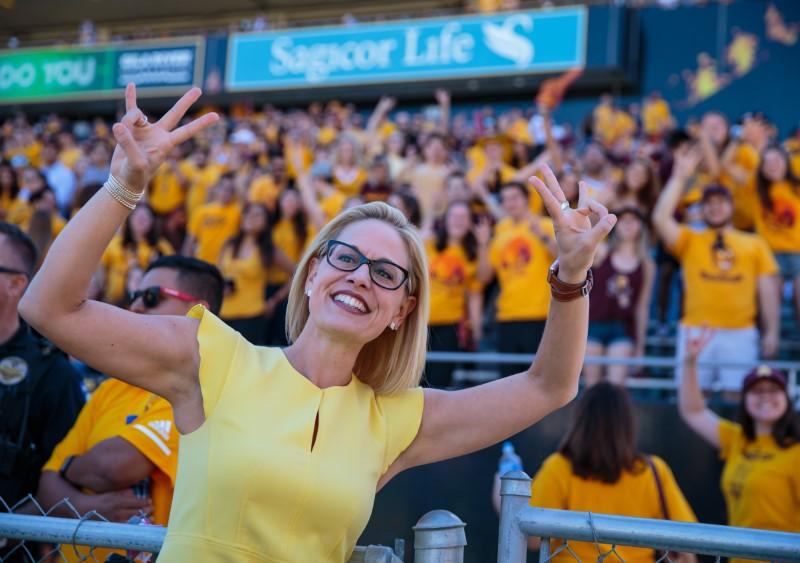 (Reuters) – Democrat Kyrsten Sinema defeated Republican Martha McSally to win a close U.S. Senate race in Arizona after last Tuesday’s elections, in a Senate pickup for Democrats in a state that had not elected a Democratic U.S. senator for 30 years.

Despite the Arizona result, Republicans will keep control of the 100-member Senate, winning at least 51 seats to the Democrats’ 47. Results in Florida and Mississippi are still outstanding.

Sinema, 42, a U.S. representative and former social worker, will become Arizona’s first female senator. She will succeed Republican Jeff Flake, who did not seek re-election and has been a vocal critic of Republican President Donald Trump.

“It won’t be easy and it won’t happen overnight, but we can work together to meet the challenges our country faces,” Sinema told supporters on Monday night in Scottsdale, Arizona, after multiple media outlets called the election for her.

Referring to longtime Arizona U.S. Senator John McCain, a Republican who died in August, Sinema said: “We can do this differently. For our future, for Senator McCain and for each other, I think we must.”

Her opponent, McSally, 52, also a U.S. representative and a former Air Force fighter pilot, congratulated Sinema for winning the race.

“I wish her all success as she represents Arizona in the Senate,” McSally said in a video posted to social media.

In a tweet last Friday, Trump alleged “electoral corruption” in Arizona, without providing evidence, and seemed to call for holding a new election, even though all the votes had not yet been counted.

Reporting by Makini Brice and Mohammad Zargham in Washington; Editing by Peter Cooney