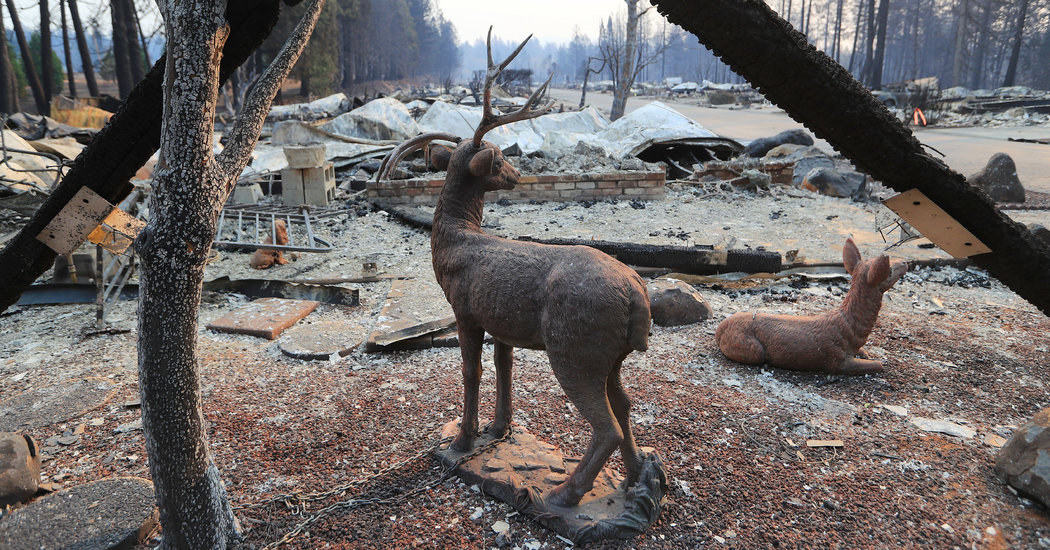 “My sincere hope is that I don’t have to come here each night and report a higher and higher number,” the Butte County sheriff, Kory L. Honea, said at a news conference on Monday night.

[Here’s how you can help those affected by the fires]

The authorities on Monday night released the names of three people who were killed: Ernest Foss, 65, from Paradise; Jesus Fernandez, 48, from Concow; and Carl Wiley, 77, from Magalia.

Many people have not been heard from since the fire

Among the missing in Paradise are many older residents of the Ridgewood Mobile Home Park, a close-knit retirement community of 97 pastel-colored homes, where residents were so tightly bound that they ate together, took walks together and often prayed together, bowing their heads at the mailbox, or in the middle of the street, when they heard of another’s misfortune. Just 20 or so of those people are accounted for by the park’s owner, Glen Fuller.

Ridgewood was flattened by the fire, a remarkable feat of destruction even for a blaze defined by its speed and brutality. Because the fire came from the east — the park sits east of downtown — it is likely that the people of Ridgewood were among the first to be hit by the flames. Compounding the danger, many of the residents were older, making a hasty escape difficult.

This means that those who did make it out — chased by the sound of exploding propane tanks — have been left to wait for news of the people they cared for most.

“It’s awful. It’s just awful,” said Sheila Schriber Cox, 64, a retired family counselor who fled with her dog Daisy, leaving behind her walker, her oxygen tank and a stack of Bibles she’d meant to distribute.