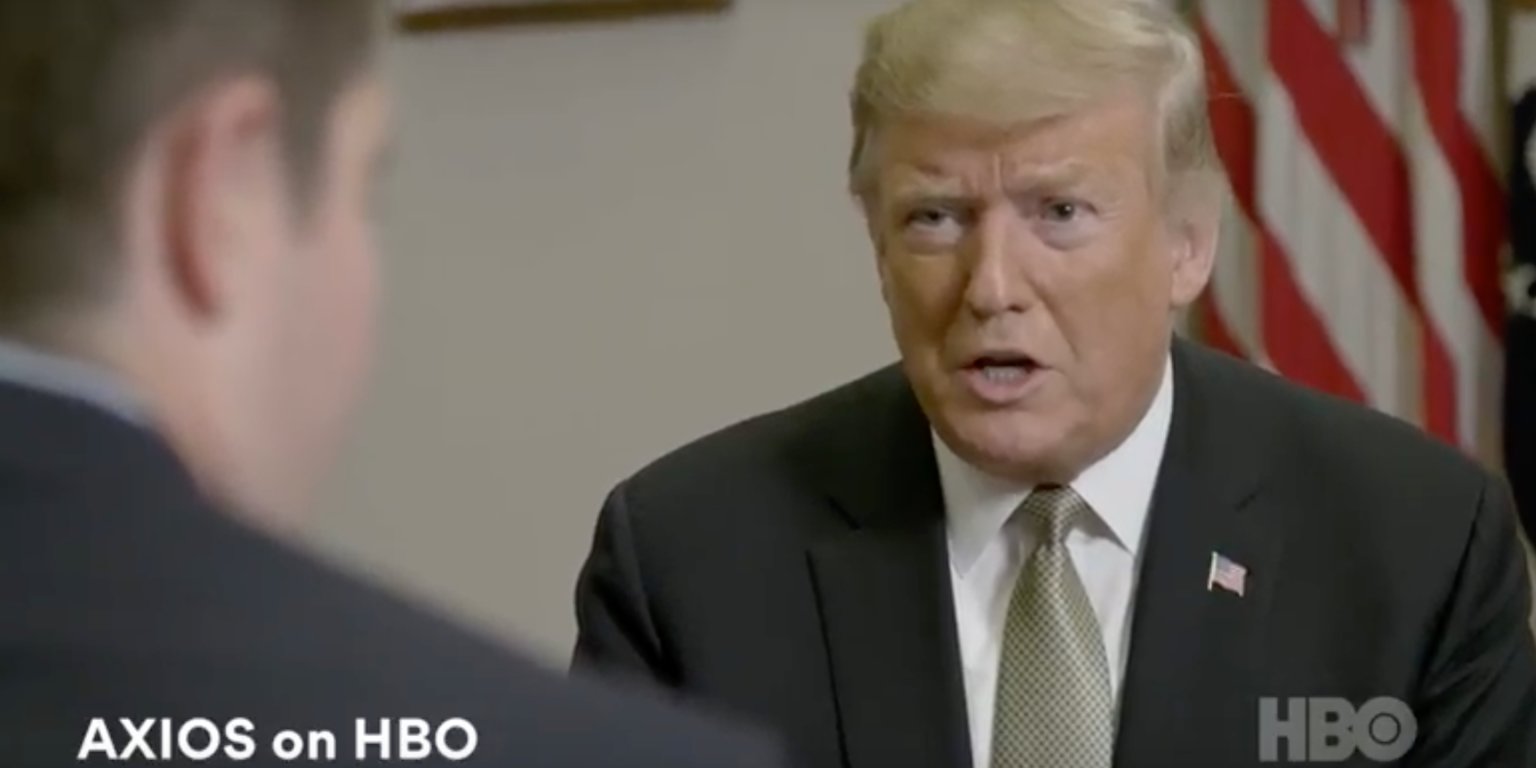 In an interview with Axios’ Jonathan Swan and Jim VandeHei on the news site’s premiere HBO show Sunday night, Trump said the European Union’s $5 billion fine against Google made him consider pursuing regulation.

Swan asked if Trump would direct the Justice Department to look into the company as a monopoly, and Trump responded it was “certainly something we’re looking at.”

When asked if he would ever break the companies up, Trump said previous administrations had discussed it but the action never materialized.

“I am definitely in charge, and we are certainly looking at it,” Trump said, before clarifying he was talking about antitrust proceedings for all three companies.

Responsibility for such proceedings would fall to the Federal Trade Commission or the Department of Justice’s Antitrust Division.

“That doesn’t mean we’re doing it, but we’re certainly looking at it,” Trump said. “I think most people surmised that.”

These comments are the latest in Trump’s public aims at the three tech giants, which he previously said could represent a “very antitrust situation.”

Though he has called the companies “rigged” and warned Google specifically “better be careful,” Trump has in the past stopped short of commenting on breaking the companies up.