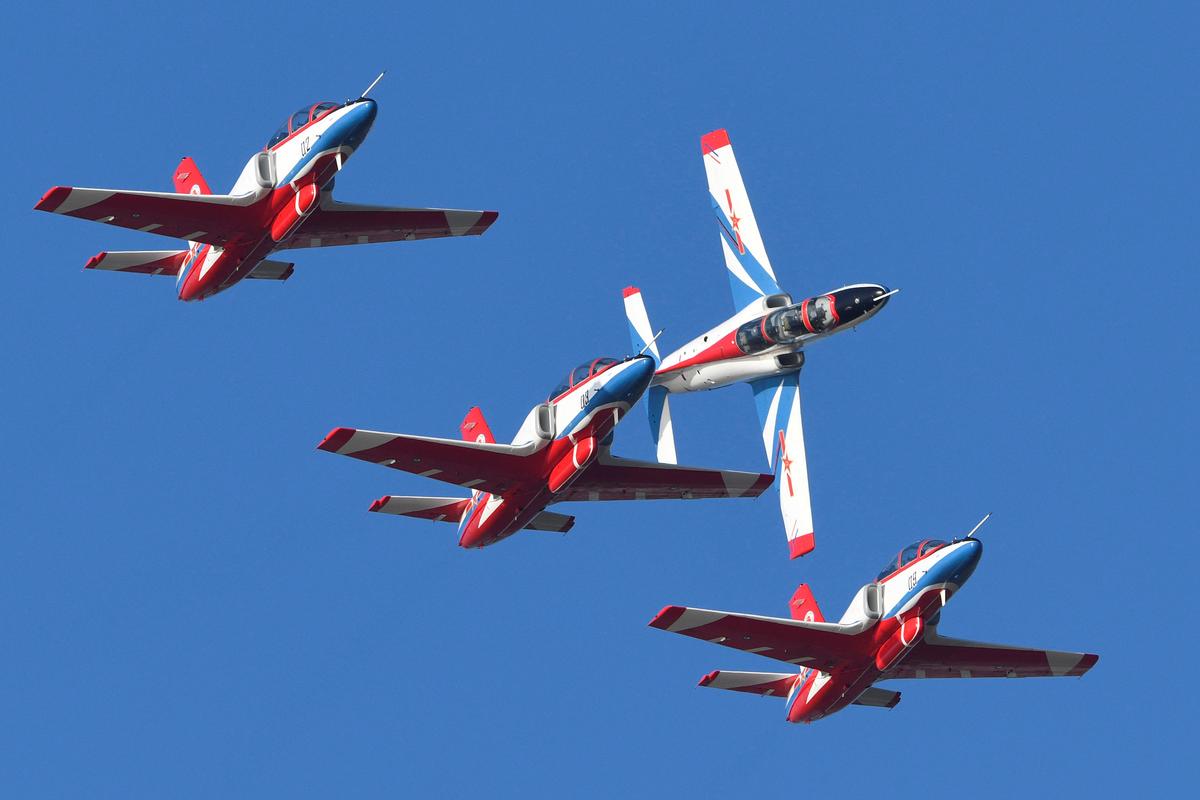 SHANGHAI/BEIJING (Reuters) – Trade frictions with the United States and accusations of industrial espionage are set to cast a cloud over China’s largest aerospace meeting this week, as suppliers consider what the country’s slowing economy could mean for booming jet demand.

The biennial Airshow China, to be held in the coastal city of Zhuhai during Nov 6-11, is traditionally an event for Beijing to parade its growing aviation prowess in front of aerospace executives, diplomats and arms buyers from over 40 countries.

But analysts say they are not expecting many headline announcements or big deals this year as a bruising trade war between Beijing and Washington and a slowing Chinese economy cause companies to be cautious.

While the tarmac will be filled with planes from the likes of Airbus SA (AIR.PA) and Embraer (EMBR3.SA), the main symbol of China’s own commercial aviation ambitions, the Commercial Aircraft Corp of China’s (COMAC) [CMAFC.UL] C919 narrowbody jet, will not be there. A senior executive said it was undergoing test flights.

Boeing Co (BA.N), which is opening a 737 completion plant in China, will not display any of its planes but only models at its exhibition stand.

“We’re not expecting a big turnout this year,” said Chinese aviation expert Li Xiaojin. “As you know the Chinese economy is not doing great this year, so companies that would normally send 10 people will only send five instead.”

China has become a key hunting ground for foreign firms to do deals as its airlines have expanded fleets to keep up with surging travel demand, putting the country in a position to overtake the United States as the world’s top aviation market in the next decade.

But China’s economic growth has weakened to its slowest pace since the financial crisis and its relations with other countries have been tested by Beijing’s ambitions to grow its own domestic champions in industries such as aviation.

And while U.S.-made aircraft have so far escaped Beijing’s tariffs, analysts said they were still waiting to see what the trade war would spell for U.S. companies such as Boeing, Honeywell (HON.N) and Gulfstream, who face fierce competition in China from the likes of Airbus and other suppliers.

The United States exported $16.3 billion of civilian aircraft to China in 2017, the biggest category of goods it exported to China, according to a paper published by the Federal Reserve Bank of St. Louis.

“It is not unlikely that China might strategically steer future aircraft purchases to Airbus rather than Boeing,” said Marc Szepan, a China aviation expert at the University of Oxford and former industry executive.”

“In addition, there might be a re-evaluation of the relative attractiveness of industrial partners for China’s future aircraft programs such as the CR929 which might favor European over U.S. component and structures suppliers.”

So far, Beijing has avoided showing its hand in either direction as deals by Chinese leasing firms to buy foreign aircraft are either pushed back or kept private.

Beijing has also criticized the U.S. decision not to send senior officials to a Shanghai import expo that takes place in the same week as the airshow and counts as one of China’s most important foreign policy events for the year.

U.S. President Donald Trump said on Friday that he will likely make a deal with China on trade, adding that a lot of progress had been made to resolve the two countries’ differences but warning that he still may impose more tariffs on Chinese goods.

China is expected to put on a show of strength in space and defense, with self-developed fighter training FTC-2000 aircraft, a historically high number of weapons as well as its latest unmanned aerial vehicles among the kit on display.

China’s air force said on Friday that a number of Chengdu J-20 stealth fighters would perform demo flights, after having debuted at the show two years ago with a 60-second flypast.