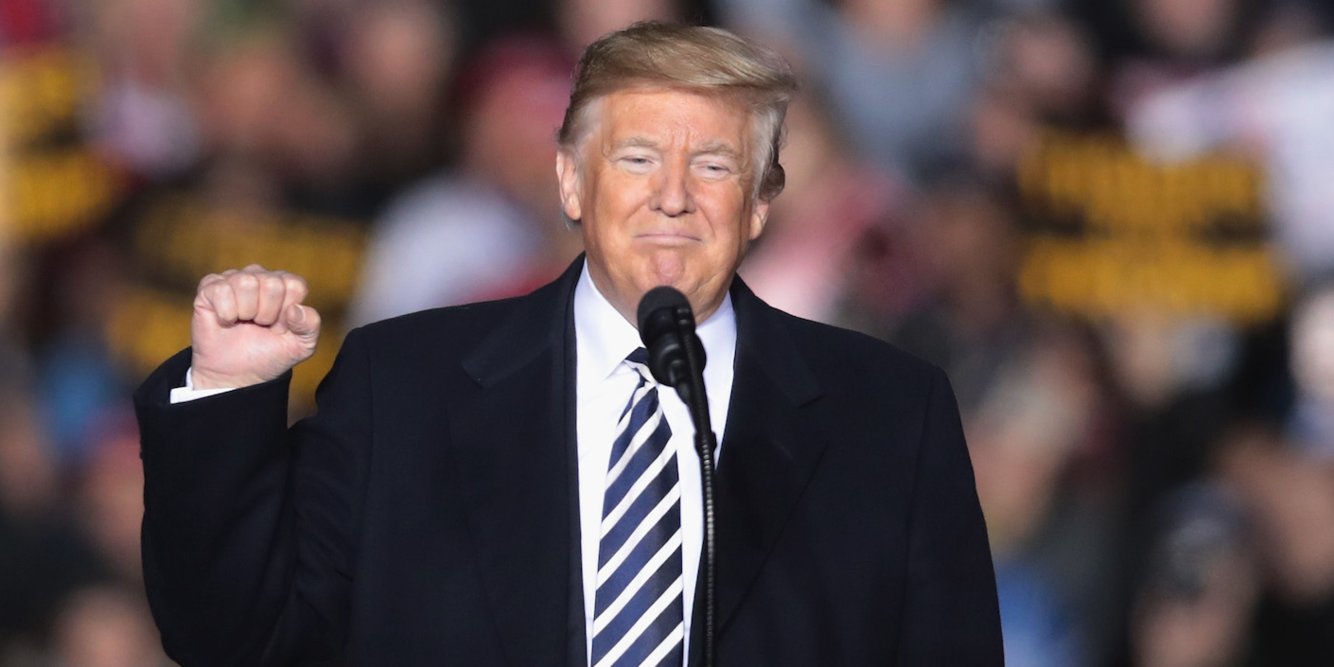 President Donald Trump teased a prospective trade deal with China on Friday, but many analysts are skeptical the trade war is going to end anytime soon.

Trump told reporters before leaving the White House that the US is “close to doing something” with China to ease the ongoing trade war between the two countries.

“I think we’ll make a deal with China,” Trump said.

The comments came after a Bloomberg report that Trump instructed members of his cabinet to draft a deal that would end the trade war with China and lift the massive tariffs on the country’s goods coming into the US.

The president also tweeted after a Thursday call with Chinese President Xi Jinping of progress and said the two sides would discuss trade issues at the upcoming G20 meeting at the end of the month.

The possibility of progress helped stocks rally overnight. But most economic and trade analysts say it’s unlikely that any deal with China is on the horizon.

Isaac Boltansky, a policy analyst at the research and trading firm Compass Point, told Business Insider that the complexity of the issues the US and China are discussing — intellectual property rights, Chinese laws restricting how US companies can operate in the country, and more — make a deal difficult.

“The issues driving the China-US trade tensions are complicated and contentious, which makes it incredibly difficult to believe that substantive progress was made during this phone call,” Boltansky said.

The Trump administration has imposed tariffs on $250 billion worth of Chinese goods, and Trump has suggested that tariffs could be coming for all other Chinese imports, worth as much as $267 billion, not currently subject to duties.

Given that tariffs are generally inflationary and bad for economic growth, investors have not been particularly pleased with the idea of a drawn-out trade war — or the possibility of more tariffs. So talking about ending the battle could help Trump boost the market, which the president has made a key barometer of his success.

Read more: Trump’s trade war took a stunning bite out of the US economy, and it’s the strongest evidence yet that he’s shooting himself in the foot»

“We view the positive statements as political cover that could lay the ground work for further tariffs if the G20 meeting is not fruitful/timed for near-term market and political benefit,” said Ed Mills, a policy analyst at Raymond James. “Ultimately, actions speak louder than words and all of the actions of the Administration indicate a continued fight, making it harder for a near-term resolution.”

“This is pre-election hype designed to make the markets happy; there is no imminent deal with China,” Greg Valliere, the chief global strategist at Horizon Investments, told Business Insider.

Giving credence to the idea that the thaw in relations may be a short-term stunt are the actions of nearly every other part of Trump’s administration. The Department of Justice in recent weeks has indicted multiple Chinese firms for attempted intellectual property theft, and Attorney General Jeff Sessions announced an initiative to curtail Chinese economic espionage.

Any possibility of a deal would also appear to be news to Trump’s top economic adviser, Larry Kudlow, who told CNBC that no deal was imminent during an interview on Friday.

“There’s no massive movement to deal with China,” he said.

And Trump himself has repeatedly said the Chinese were “not ready” to make a deal yet and none was likely in the near future.

Given the speed of Trump’s turnaround, Boltansky said he also believed the sudden surge in Trump’s optimism was possibly a political play.

“At best, the parties are negotiating about negotiating and we are still miles from a deal,” Boltansky said. “At worst, this was a maneuver to goose the market a few days before the midterms.”