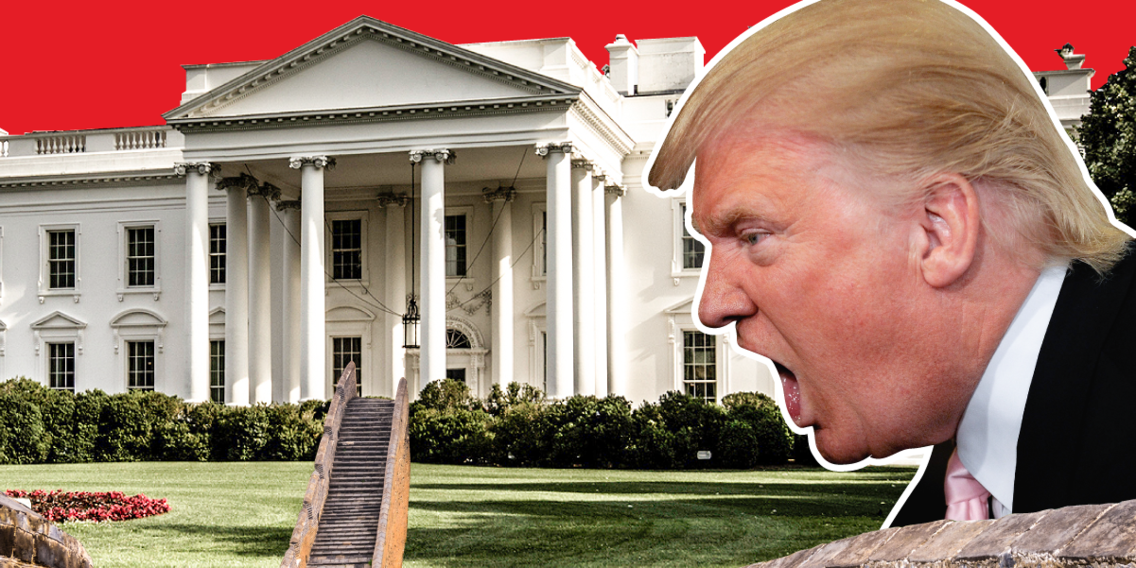 President Donald Trump rarely brags about the stock market on Twitter these days.

He has instead turned to other issues during the market’s sharp correction, one that’s wiped out gains for the year just weeks before the crucial midterm elections.

Earlier in 2018, when it seemed like stocks were hitting all-time highs on an almost daily basis, Wall Street was quick to cite the Tax Cuts and Jobs Act as a significant catalyst of future profit growth, which has been the most important driver of stock prices.

UBS, for example, forecast last December that profit gains would lift the S&P 500 by 25% this year if the tax bill passed. Other firms devised investing playbooks for tax reform, such as buying companies that had been paying the highest rates and loading up on multinationals with piles of overseas profits waiting to be repatriated.

However, in October, US stocks fully joined a global sell-off that’s now on pace to erase nearly $8 trillion in market cap, the biggest monthly decline since the 2008 financial crisis, according to Bloomberg data.

It certainly seems that investors who were once quick to praise the merits of one of Trump’s signature policies (tax reform) have started focusing more on the risks from another (tariffs).

This is apparent in the outlook for 2019 earnings, which have seen trade shift from a dormant concern to a prominent one.

“We estimate that an all-out US-China trade war (25% tariff on US-China trade) would reduce S&P 500 earnings ~3%,” Barclays’ Ajay Rajadhyaksha said in a recent note. “One potential reason why the market was sanguine about trade wars was that this is not a meaningful fraction of 2018 earnings growth, which is estimated to be greater than 20%.”

Rajadhyaksha said he expects less than 10% growth next year.

The idea that mounting trade tensions could lead to a profit slowdown has been a major recurring theme of third-quarter earnings season.

Ford, Honda, and BMW all issued warnings about how the steel and aluminum tariffs are raising costs and biting into profits.

Companies in the industrials sector that rely on access to Chinese markets have also sounded the alarm on tariffs. Caterpillar sank when it said tariffs would raise its material costs, even though its executives tried to reassure investors that it planned to put offsets in place.

Fastenal, a supplier of nuts, bolts, and other fasteners, said on its earnings call that it took a limited hit from US tariffs on China until the third round announced in mid-September impacted its North American customers.

Other examples abound — more than a third of companies discussed tariffs on their earnings calls, according to FactSet.

With all of that considered, it would seem the stock market’s wipeout this month has shown that the trade war is worsening a sell-off that was brewing all along.

But trade has by no means been the only issue on investors’ minds lately. Fed policy — and its impact on inflation and borrowing costs — has been troubling investors since the correction earlier this year.

Trump touched on the subject Tuesday when, on Twitter, he quoted Wells Fargo strategist Scott Wren as saying the S&P 500 would be higher if the Federal Reserve “backs off and starts talking a little more dovish.”

Trump has gone as far as to call the Fed “crazy” for raising interest rates and thereby reducing the allure of borrowing. The slowdown in cyclical sectors, like housing and autos, holds evidence of the effect of higher rates.

Beyond the trade war’s impact on corporate earnings, as well as the Fed’s planned rate hikes, investors are grappling with what’s ahead for the market. At this point, if just one thing is abundantly clear, it’s that Trump’s conflict with China is doing more harm than good.