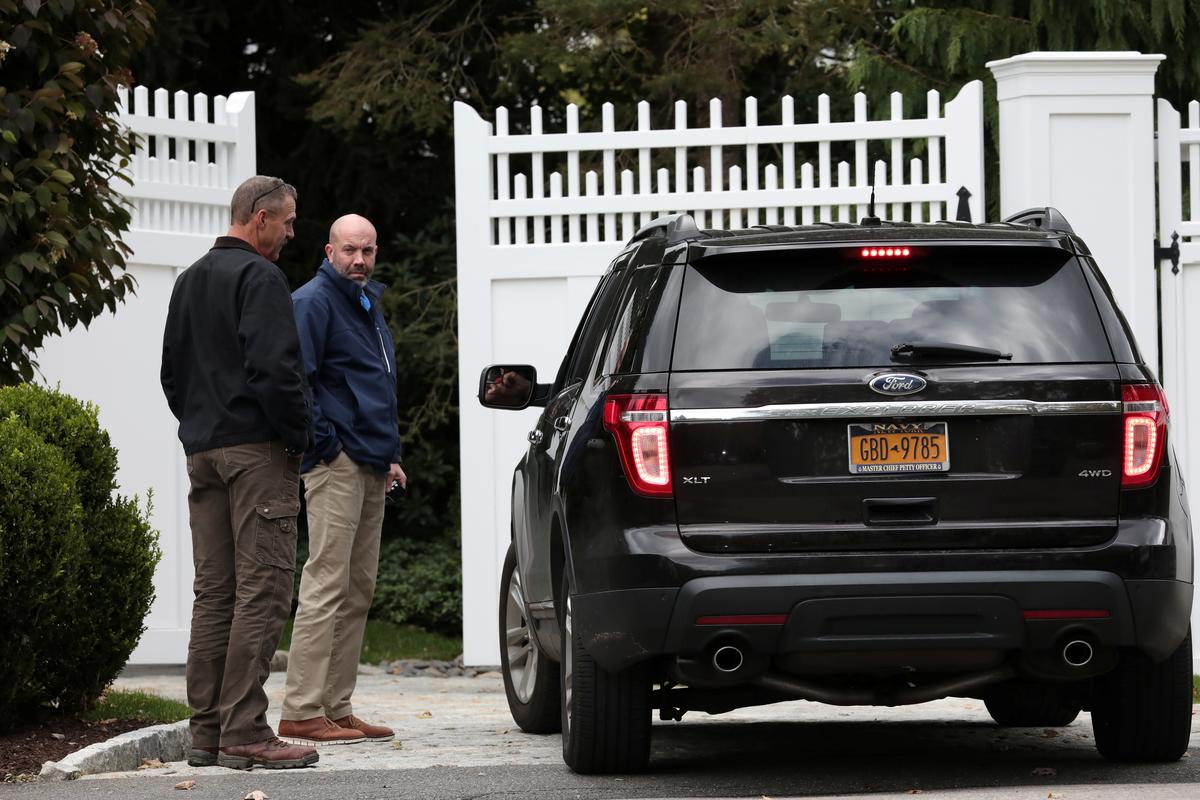 WASHINGTON/NEW YORK (Reuters) – U.S. authorities were hunting on Thursday for suspects in the sending of package bombs to high-profile Democrats in what has been called a terrorist act that has raised tensions in a nation already polarized ahead of elections in less than two weeks.

All of the targets are frequently maligned by right-wing critics.

The bomb threats aggravated tension ahead of Nov. 6 elections that will decide whether Democrats take control of one or both houses of Congress from Republicans and deny Trump the majority his party now holds in both.

None of the eight packages detonated, and nobody was injured. There was no immediate claim of responsibility.

An FBI-led Joint Terrorism Task Force of federal, state and local law enforcement agencies “will continue to work to identity and arrest whosoever is responsible for sending these packages”, FBI Director Christopher Wray said in a statement.

Investigators were trying to track down another suspicious parcel they believe was addressed to Obama’s vice president, Joe Biden, a federal official told Reuters late on Wednesday.

The CNN bureau in New York received a package addressed to Brennan, who has appeared as an on-air CNN analyst, leading police to evacuate the Time Warner building in a busy Manhattan neighborhood near Central Park.

Some leading Democrats were quick to accuse Trump himself of stoking the potential for political violence by frequently engaging in hyper-partisan, vitriolic rhetoric.

Trump told a political rally in Wisconsin on Wednesday his government would conduct “an aggressive investigation”.

“Any acts or threats of political violence are an attack on our democracy itself,” Trump said. “We want all sides to come together in peace and harmony.”

He also said the media had a responsibility “to stop the endless hostility and constant negative and oftentimes false attacks and stories”.

Democratic party leaders in Congress said Trump’s call for unity rang hollow because of his past statements condoning acts of violence.

Last week, Trump, who has joined other Republicans in accusing Democrats of encouraging “mob” tactics, heaped praise on a Montana congressman who assaulted a reporter in 2017.

At an event in Texas on Wednesday, Brennan faulted Trump for frequent inflammatory rhetoric.

The first package, which turned up on Monday, was addressed to Soros, the billionaire financier and advocate of liberal, open-border values who is a frequent target of right-wing conspiracy theories.

The parcel intended for Holder ended up rerouted to the return address printed on all the packages – the Florida office of U.S. Representative Debbie Wasserman Schultz, who formerly chaired the Democratic National Committee, according to the Federal Bureau of Investigation.

The FBI said late on Wednesday it had confirmed that two additional packages, similar in appearance to the others, were addressed to Waters.

An FBI statement said the other packages consisted of a manila envelope with a bubble-wrap interior containing “potentially destructive devices”. Each bore a computer-printed address label and six “Forever” postage stamps.

Other officials said the devices contained in the envelopes were all similar to one found in the mailbox of the Soros home and later detonated by police. At least one bomb was packed with shards of glass, one federal source said.

The U.S. Secret Service intercepted packages addressed to Obama at his Washington home and to Clinton, the 2016 Democratic nominee for president, at her home in New York state.

The package to Clinton was found late on Tuesday while the one addressed to Obama was recovered early on Wednesday, both during routine off-site mail screenings, the Secret Service said. Obama and Clinton were not at risk, they said.