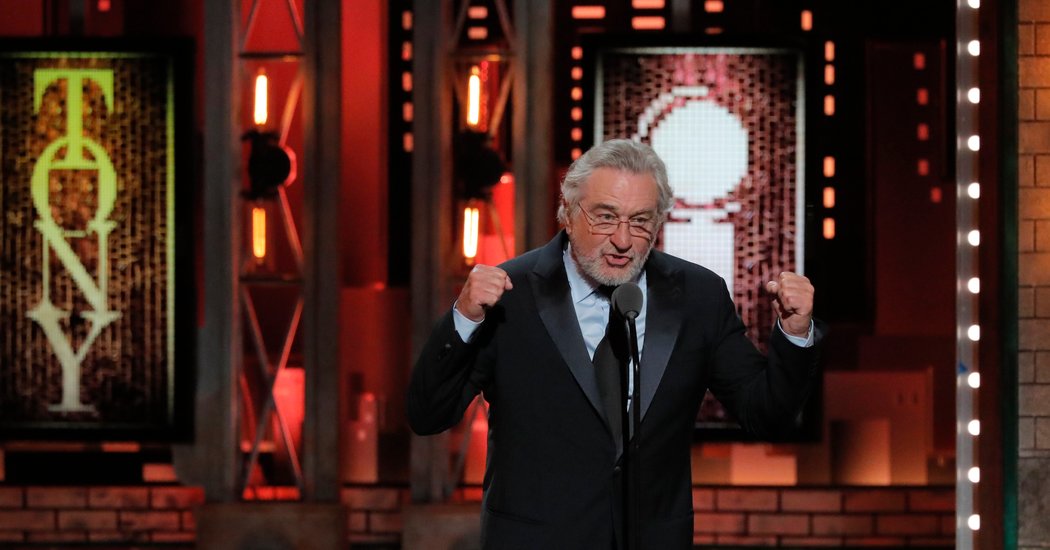 Federal authorities investigating a spate of pipe bombs sent this week to several prominent critics of President Trump have turned their attention toward southern Florida, believing that a number of the explosive devices were mailed from the area, two people briefed on the matter said Thursday.

The focus on Florida came as law-enforcement officials around the country were scrambling for another day to respond to the mysterious and repeated discovery of the crude devices contained in similar packages. Three more devices were found in Delaware and New York, the F.B.I. said Thursday morning. Two were addressed to former Vice President Joseph R. Biden Jr., a Delaware resident, and a third to the actor Robert De Niro, who lives and works in Lower Manhattan.

All of the 10 packages that have been discovered since Monday bore return addresses from Debbie Wasserman Schultz, a Democratic congresswoman from Florida.

The continuing wave of bombs has prompted an intense, nationwide investigation into whether people who have criticized the president and been vilified by the right are being targeted. None of the devices has so far exploded on its own, and investigators have been trying to determine whether the devices were indeed capable of detonating.

But at a news conference on Thursday, the New York City police commissioner, James P. O’Neill, said the packages contained “live devices” that should be “treated with the utmost seriousness.”

A law enforcement official said the envelope and printed address labels on the packages sent to Mr. Biden and Mr. De Niro were similar to those sent on Wednesday to former President Barack Obama, former Secretary of State Hillary Clinton and others. An X-ray showed the package sent to Mr. De Niro contained a device that, like the others, seemed to be a pipe bomb.

“This appears to be from the same sender,” the official said.

Federal, state and local investigators in New York, Washington, Florida and Los Angeles have all joined forces in the rapidly widening case, which has not yet resulted in any injuries but has sent a shock through the nation’s political and news media establishments. One central question in the inquiry is whether the bombs were the work of one person or multiple people.

Though investigators initially believed that some of the packages were delivered by hand or by courier, they have now concluded that all 10 were likely sent through the mail, a person briefed on the matter said.

Investigators are now focusing on Florida because an analysis of information collected by the United States Postal Service indicated that many of the packages were mailed from the state. The Postal Service records images of mail that comes into its system. As part of the investigation, officials have been searching those images in an effort to determine where the packages were sent from as well as to identify and catch any other possible explosive devices by the bomber or bombers.

The devices sent to Mr. Biden were intercepted at a U.S. Postal Service facility in Delaware, a law enforcement official said. Similar to one that had been sent to Eric H. Holder Jr., the former attorney general, the envelope was misaddressed and was being redirected to Ms. Wasserman Schultz’s return address. Another package was also discovered at the same facility, a law enforcement official said, but it was not immediately known to whom it was addressed.

The package sent to Mr. De Niro had been sitting in a mailroom at his movie company, TriBeCa Productions, since at least Tuesday, according to a person briefed on the investigation. At about 5 a.m. on Thursday, security personnel at the company discovered it and called the New York Police Department, whose bomb squad responded, officials briefed on the matter said.

Before dawn, a swarm of police vehicles and ambulances on standby choked the streets of the TriBeCa neighborhood just a block from the Hudson River. The police closed off several blocks around the building that house the film company and Mr. De Niro’s restaurant, the TriBeCa Grill. The package was removed about 6:30 a.m. and taken to the Police Department’s range in the Bronx for disposal.

Mr. De Niro, like the other recipients of packages, has been a frequent critic of Mr. Trump. During the Tony Awards ceremony in June, he gave a speech in which he attacked the president with an obscenity, and a video of his comments was widely shared on social media.

Mayor Bill de Blasio of New York said on Thursday that an “eagle-eyed security employee” at TriBeCa Productions had noticed similarities between the package the company received and photos of envelopes that were discovered on Wednesday. But the mayor acknowledged that the authorities did not know whether that meant the sender lived in the New York area.

“We certainly don’t know whether they are here or elsewhere in the country,” Mr. de Blasio said in an appearance on CNN, whose New York office also received an explosive device on Wednesday. “There is somebody by definition who is a serial bomber, yes, and a terrorist.”

The first bomb was found on Monday at the home of George Soros, the billionaire advocate of liberal causes, in Westchester County, north of New York City. Mr. Soros has for years been a focus of right-wing vitriol and conspiracy theorists. In recent days, some have falsely speculated that he funded a caravan of migrants moving north in Mexico.

On Wednesday, a spate of new bombs was discovered, one after the other in a rolling wave that continued throughout the day. First, there was word that the Secret Service had intercepted packages addressed to Mrs. Clinton and Mr. Obama. Then a package addressed to John O. Brennan, a former C.I.A. director, was found in the offices of CNN in Midtown Manhattan, resulting in the extraordinary spectacle of the network’s correspondents reporting live from the street outside.

All the packages were sent in manila envelopes lined with Bubble Wrap. They each had about a half dozen first-class postage stamps on them and return addresses with the name, misspelled, of Ms. Wasserman Schultz, who was once chairwoman of the Democratic National Committee. The mailing labels were printed on a computer.

A white powder included in the package sent to CNN did not present a biological threat, the F.B.I. said on Thursday.

On Wednesday, President Trump initially denounced the attempted bombings, saying at the White House, “We have to unify.”

But at a nighttime rally in Wisconsin, he took a more pointed tone, criticizing the news media and Democrats even as he asked Americans to “come together in peace and harmony.”

And on Thursday morning, the president did not address the bombings directly, but he did blame the news media on Twitter for the “anger we see today in our society.”