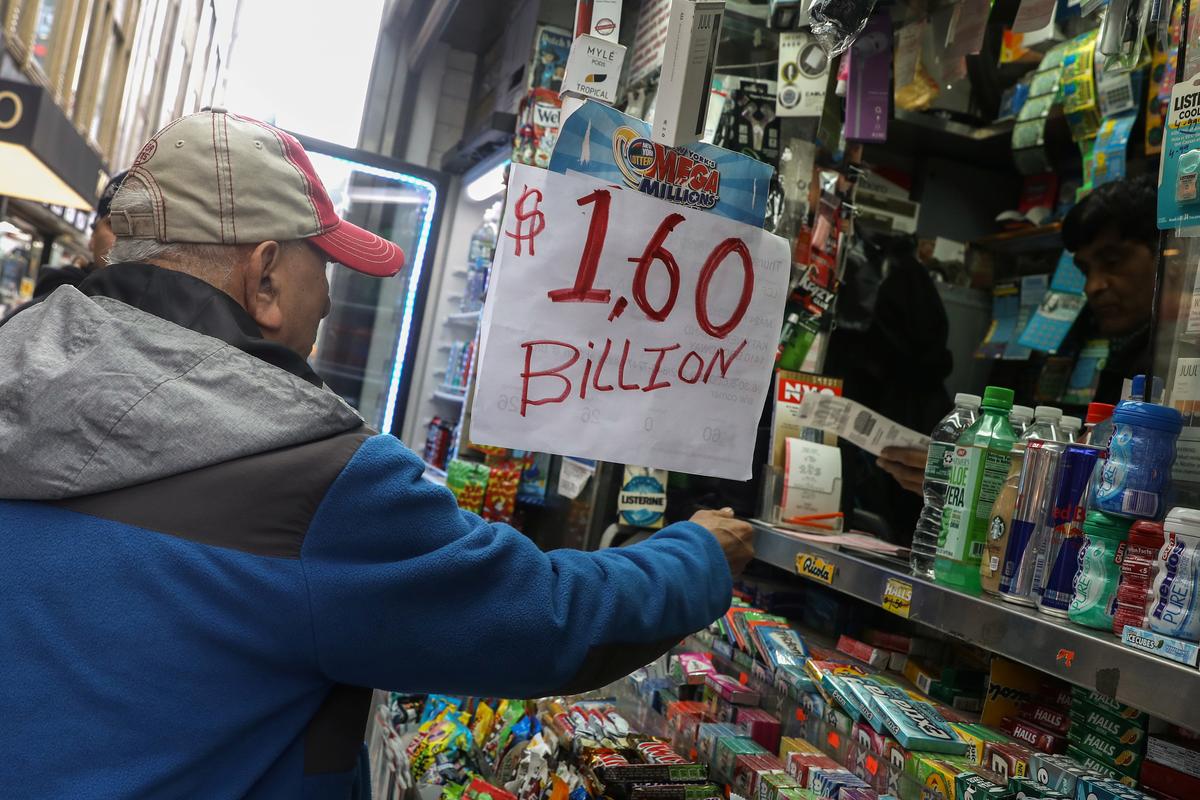 (Reuters) – Only one ticket matches all six numbers in the Mega Millions lottery draw in the United States for a jackpot worth a record-setting $1.6 billion, a lottery official said early on Wednesday.

The ticket, sold in South Carolina, matched the five numbers 5, 28, 62, 65, 70 and the Mega Ball 5 that were drawn on Tuesday night, a Mega Millions spokeswoman said.

The buyer of the ticket beat the odds of 1 in 303 million to win the Mega Millions drawing for the largest jackpot in U.S. history.

The jaw-dropping amount of money set a record for lottery jackpots after nobody won the $1 billion prize on Friday. The previous record was a $1.586 billion jackpot for a Powerball drawing in 2016.

An immediate cash payment of $904 million or the $1.6 billion prize paid out over 29 years are options for those who win.

Mega Millions tickets are sold in 44 U.S. states, the District of Columbia and the Virgin Islands. Several states allow online ticket purchases, but they prohibit out-of-state and foreign purchases.

States receive a percentage of lottery ticket sales and then use the money to support public schools or meet other needs.

Wednesday’s Powerball lottery prize stands at $620 million, making it the fifth-largest jackpot in U.S. history, after no one got all six numbers in Saturday’s drawing. The lump sum cash payout is estimated at $354.3 million.

Reporting by Brendan O’Brien in Milwaukee; Editing by Richard Balmforth