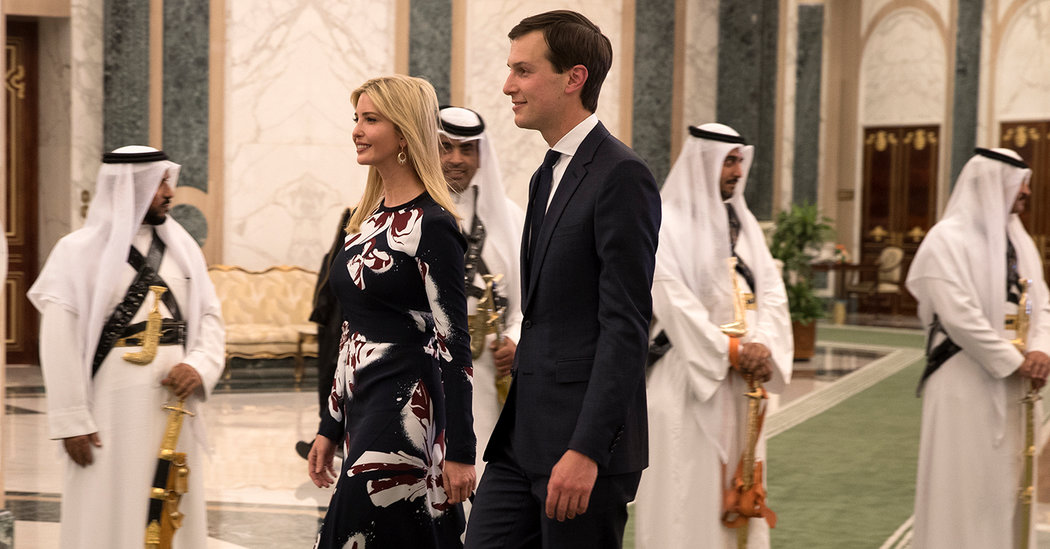 Treasury Secretary Steven Mnuchin met with Saudi Arabia’s crown prince, Mohammed bin Salman, in Riyadh on Monday, discussing counterterrorism and economic ties amid growing questions about whether the prince had a role in the killing of a dissident journalist.

A Treasury spokesman said the meeting was focused on combating terrorist financing and corralling Iran’s influences in the region and that the two men discussed the investigation into the death of the journalist, Jamal Khashoggi.

The Saudi Foreign Ministry posted a photograph of Mr. Mnuchin, sitting across from the crown prince in an ornate reception room in a tweet. Prince Mohammed “stresses the importance of Saudi-U.S. strategic partnership, where it holds an important role in the future in line with the kingdom’s #Vision2030.”

The meeting, which had not been previously scheduled, came at the request of the Saudi government, according to a person familiar with the situation. Mr. Mnuchin withdrew from speaking at an investor conference taking place this week in Riyadh because of the circumstances surrounding Mr. Khashoggi’s death but said he still planned to meet with Saudi officials to discuss economic issues and joint efforts to stop illicit terrorist financing.

In an interview on Sunday in Jerusalem, Mr. Mnuchin said that Saudi Arabia needed to do more to demonstrate that Mr. Khashoggi’s killing was unintentional. But he defended his decision to travel to Riyadh and meet with Saudi officials, saying his trip was aimed at reinforcing ties at a critical moment, as the United States tries to ratchet up pressure on Iran.

The meeting between the two officials occurred hours after Jared Kushner said the White House was still engaging in “fact-finding” into the circumstances of Mr. Khashoggi’s death but that the White House has its “eyes wide open” as the investigations into how he died continue.

Mr. Kushner, President Trump’s son-in-law and a key adviser on the Mideast peace process, has developed a strong relationship with the Saudi crown prince, who is suspected of playing a role in Mr. Khashoggi’s death and possibly ordering it.

Mr. Kushner has talked to Prince Mohammed several times in the last week, and has come under criticism amid reports that he has advised Mr. Trump to wait before jumping to conclusions related to Mr. Khashoggi’s death.

“I think that, again, the president is focused on what’s good for America, what are strategic interests,” Mr. Kushner said. “Where do we share interests with other countries — let’s work toward those.”

He made the remarks in his first televised interview since the 2016 election, conducted by the political activist Van Jones, at the “Citizen by CNN” forum in Manhattan.

Mr. Kushner said that the president was mindful of getting answers, but he noted that the Saudis have been a strategic ally of the United States.

When Mr. Jones noted that even Mr. Trump had said that there had been “deception” and “lies” from the Saudis in relation to the Khashoggi case, Mr. Kushner offered a more muted response.

“Every day we deal with people who are trying to deceive us in different ways,” Mr. Kushner said. “But our job is to see through it, but also to stay focused on what’s best for the American people.”

He also said: “We’re getting facts in from multiple places. Once those facts come in, the secretary of state will work with our national security team to help us determine what we want to believe.”

When he was asked what advice he personally had given the crown prince, he replied, “To be transparent.” He added, “The world is watching.”

Dismissing criticism of his ties to the crown prince, Mr. Kushner said he did not pay attention to his critics. At another point, he said he heeded criticism only if it was from someone he respected.