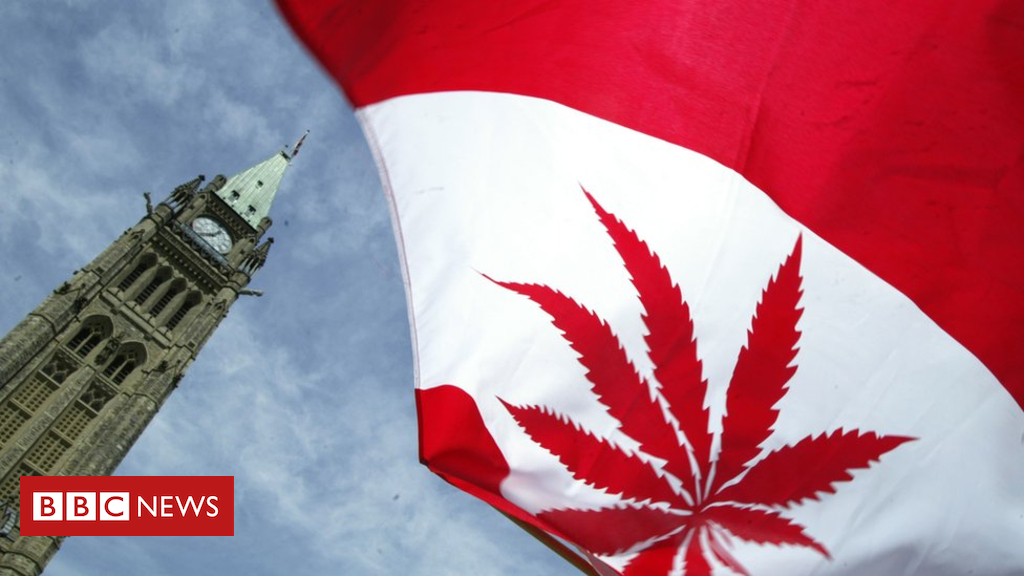 Canada has become the second country after Uruguay to legalise possession and use of recreational cannabis.

The nationwide market for cannabis opened Wednesday at midnight amid lingering questions about the impact on health, the law and public safety.

But there remain concerns, including about the readiness for police forces to tackle drug impaired driving.

Canadian provinces and municipalities have been preparing for months for the end of cannabis prohibition.

Provinces and territories are responsible for setting out many of the details for where cannabis can be bought and consumed within their jurisdictions.

This has created a patchwork of legislation across the country as jurisdictions choose more or less restrictive frameworks for selling and using cannabis.

Shops in the province of Newfoundland, the most easterly time zone in Canada, opened as midnight struck for the first legal sales of cannabis in the country.

How ready is Canada for cannabis?

There remain unanswered questions on some key issues around how legal cannabis will work in Canada.

A number of analysts are predicting a shortage of recreational marijuana in the first year of legalisation as production and licensing continues to ramp up to meet demand.

And the marketplace itself is still in its infancy.

Ontario, Canada’s most populous province, will only begin opening retail stores next spring, though residents will be able to order cannabis online.

British Columbia, one of the provinces with the highest rates of cannabis use, will only have one legal store open on Wednesday.

Until retail locations are more widely available, some unlicensed cannabis retailers, which have flourished in the years since the law was first proposed, may stay open.

It is unclear if police will crack down on them immediately, or if they will turn a blind eye.

Legal pot has been an inescapable topic for months in Canada, as governments and companies prepare in earnest for 17 October.

That day is finally here, and Canadians will learn just how much – or how little – the new framework will change the country. But this is not just a domestic affair.

With global trends shifting away from a strict prohibition of cannabis, the world will be watching this national experiment in drug liberalisation.

A measure of success – whether legalisation will be a win for Prime Minister Justin Trudeau ahead of the 2019 federal election – will depend on whether it meets his stated goals: restricting access of the drug to youth – who are among the heaviest users in Canada – reducing the burden of cannabis laws on the justice system, and undercutting the illicit market for the drug.

Why is Canada legalising cannabis?

The prime minister has argued that Canada’s nearly century-old laws criminalising use of the drug have been ineffective, given that Canadians are still among the world’s heaviest users.

The federal government also predicts it will raise $400m a year in tax revenues on the sale of cannabis.

Cannabis possession first became a crime in Canada in 1923 but medical use has been legal since 2001.

Canada follows in the footsteps of Uruguay, which became the first country in the world to legalise the sale of cannabis for recreational use in 2013. A number of US states have also voted to end prohibition.

Medical marijuana is also gaining ground in many European countries.

What are the new rules around cannabis?

Adults will be able buy cannabis oil, seeds and plants and dried cannabis from licensed producers and retailers and to possess up to 30 grams (one ounce) of dried cannabis in public, or its equivalent.

Edibles, or cannabis-infused foods, will not be immediately available for purchase but will be within a year of the bill coming into force. The delay is meant to give the government time to set out regulations specific to those products.

It will be illegal to possess more than 30 grams in public, grow more than four plants per household and to buy from an unlicensed dealer.

Penalties for some infraction will be severe. Someone caught selling the drug to a minor could be jailed for up to 14 years.

Some critics say the penalties are too harsh and not proportional to similar laws like those around selling alcohol to minors.

What are some concerns once it is legal?

The end of prohibition will not mean an end to legal and health concerns regarding marijuana.

On Monday, the Canadian Medical Association Journal published an editorial calling legalisation “a national, uncontrolled experiment in which the profits of cannabis producers and tax revenues are squarely pitched against the health of Canadians”.

There are also still some legal wrinkles to be worked out.

Canada has brought in new drug impaired driving offences, but doubts remain about the reliability of screening technology and the potential for drugged driving cases to clog up the courts.

Federal statistics indicate that about half of all cannabis users do not believe their driving is impaired after taking marijuana.

Government officials told reporters on Tuesday that they are currently considering a fast-track process to allow people who have been convicted of possession to apply for legal pardons. There are currently some 500,000 Canadians with existing criminal records for possession.

The change in national drug policy has also created headaches with the US, where the drug remains federally a controlled substance.

On Tuesday, the US Customs Border Protection Agency said border guards will have “broad latitude” to determine who is admissible to the country.

Border guards may ask Canadians if they smoke pot, and deny them entry if they believe they intend to do so in the US.

Canada has also been rolling out signs at all airports and border crossings to warn travellers that crossing international borders with the drug remains illegal.