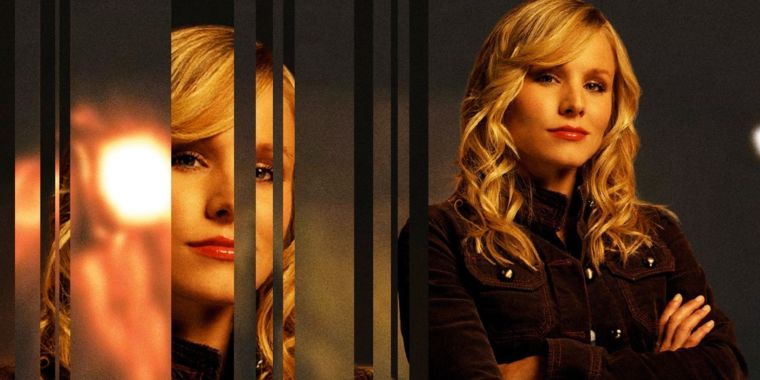 Hulu, Amazon, and Netflix seem to have all settled on one recipe for success: rebooting cult classic TV series that didn’t quite hit it big in their original broadcast runs. Netflix grabbed Arrested Development (for better or worse), Amazon picked up The Expanse. Now Variety reports that Hulu is going for an even deeper cut: Veronica Mars.

The cult-classic feminist crime drama premiered on UPN in 2004 and continued for three seasons. The last ran on The CW. Between its ties to struggling new broadcast networks and the fact that it was way too smart and had way too much social commentary for its own good—especially for a series that was framed as a teen show but that in a lot of ways really wasn’t—the series met an early mid-season demise with low ratings.

It found a cult following on DVD before the streaming hype hit full volume, and in 2013, creator Rob Thomas, star Kristen Bell, and others banded together to launch a Kicksarter campaign to follow it up with a feature film. That campaign raised $5.7 million compared to its target of $2 million and was, at the time, one of the most successful Kickstarters yet.

Apart from a couple of novels, the series has been dormant since then. But last month, rumors broke that Hulu was considering bringing it back. Those rumors were confirmed today.

The new season will air in 2019, and Kristen Bell will reprise her role as the titular character—despite the fact that she’s already busy with The Good Place. The season will run for eight episodes. Variety describes the season’s storyline this way:

In the new installment, spring breakers are getting murdered in Neptune, thereby decimating the seaside town’s lifeblood tourist industry. After Mars Investigations is hired by the parents of one of the victims to find their son’s killer, Veronica is drawn into a mystery that pits the enclave’s wealthy elites, who would rather put an end to the month-long bacchanalia, against a working class that relies on the cash influx that comes with being the West Coast’s answer to Daytona Beach.

Additionally, all the previous episodes of Veronica Mars and the feature film will arrive on Hulu next year, leading up to the new season premiere. While they can be purchased on video-on-demand services or DVD, they are not currently available for streaming on any platform in the United States.

When it premiered 14 years ago, Veronica Mars tackled a number of issues that would come to be key talking points for our era: income inequality, immigration, sexual assault, technology and privacy, startups and social accountability, and more. So it seems well suited for a comeback.

Picking up and resurrecting old series like this can be seen as a sort of marketing tactic for streaming services like Hulu. Fans of the series are likely to hear about it and thus be exposed to the network or platform. And in users’ minds, this strategy pits a service like Hulu against the very networks that those users are frustrated with for canceling their favorite shows—even though Hulu is jointly owned by several of those networks, albeit not the one that aired Veronica Mars originally.

Veronica Mars wasn’t a ratings hit on broadcast TV, but on Hulu, maybe it doesn’t need to be.