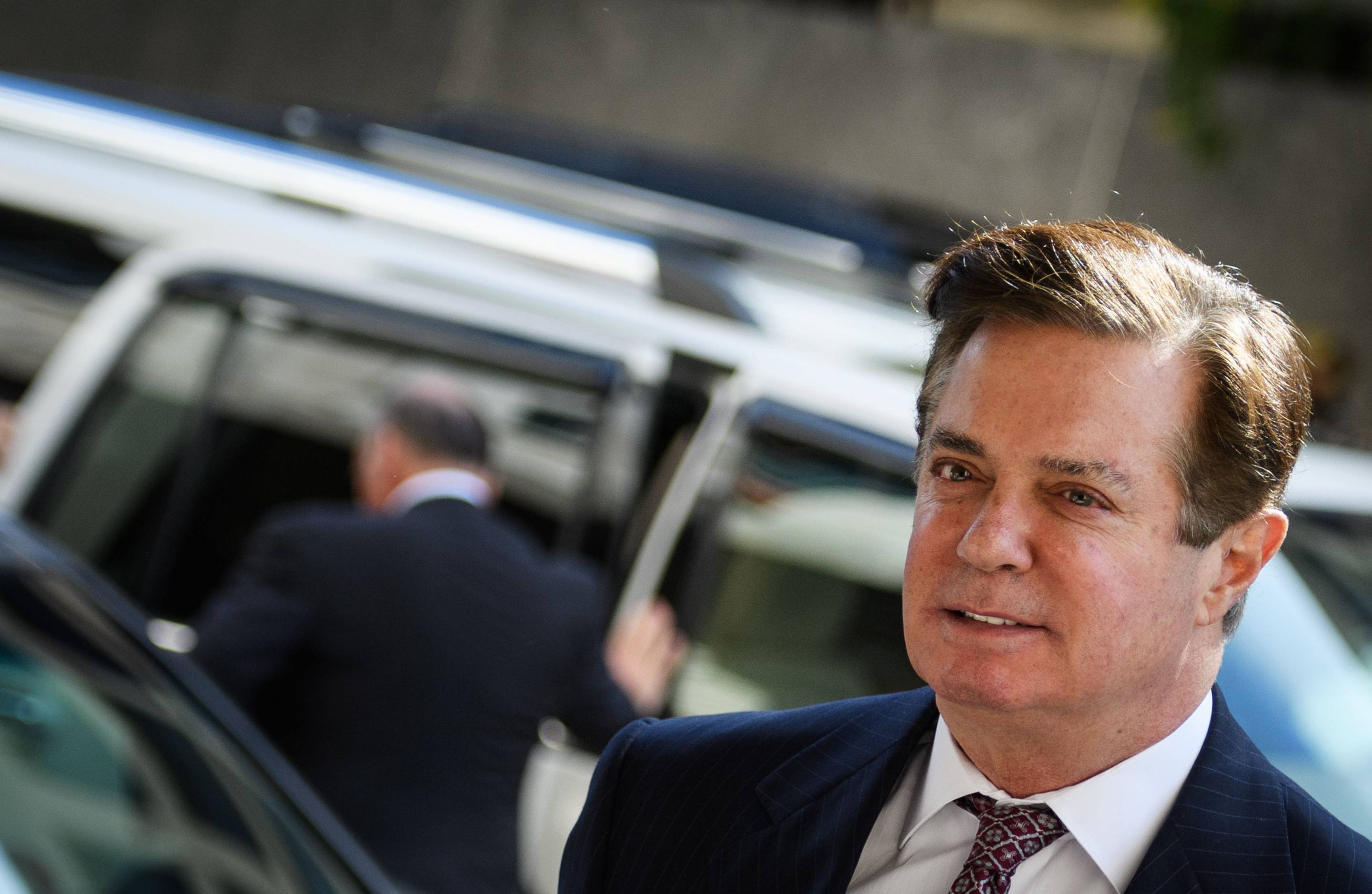 Special Counsel Robert Mueller now has a chance to question one of the key figures who has eluded him so far in his Russia probe — former Trump campaign chairman Paul Manafort.

Manafort struck a plea deal Friday with prosecutors that requires him to “cooperate fully, truthfully, completely, and forthrightly” with investigators “in any and all matters as to which the government deems the cooperation relevant.” That includes being fully debriefed by prosecutors, handing over any relevant documents, testifying at any proceedings and even participating in undercover activities.

Mueller is likely to have a wide spectrum of questions for the former campaign chief, from his involvement in the infamous Trump Tower meeting where dirt on Hillary Clinton was promised to his intimate knowledge of Russian oligarchs with whom he has done business. The former FBI chief also is sure to have mined the trove of emails, bank records and documents already seized in his investigation for material to ask about.

While it’s unclear whether Manafort has damaging information on President Donald Trump, the plea deal opens a potentially rich vein of information for Mueller to try to tap. Manafort joined Trump’s presidential campaign in March 2016 and was its chairman from May to August.

The veteran Republican strategist has known Trump since the 1980s, when Trump was a client of his lobbying firm. He also long has had ties to other Trump associates, including the president’s close friend Tom Barrack and political adviser Roger Stone, who Mueller is also investigating. Barrack and Stone advocated for Manafort to join the campaign.

Perhaps the most important line of questioning Mueller will have for Manafort is what went on at a June 9, 2016, meeting at Trump Tower with a Russian lawyer and a Russian-born lobbyist.

Mueller has been questioning other witnesses about what they knew of the meeting where damaging information was promised on Democrat Clinton. Trump’s eldest son, Donald Jr., arranged the session and invited Trump’s son-in-law, Jared Kushner, and Manafort.

The meeting is of interest to Mueller because it could be a touchpoint between the Trump campaign and Kremlin-linked associates even as Russia was intensifying its efforts to meddle in the 2016 election. Mueller has sought interviews with other people involved in the meeting, including the London publicist who set up the gathering and the lobbyist who also attended, according to media reports. Mueller also has been asking witnesses about the crafting of a misleading statement about the meeting given to the New York Times.

Manafort has never spoken publicly about what took place at the meeting. Trump Jr. and Kushner testified to Congress that the session provided no value and no damaging information was shared. They claim the Russian lawyer spent the bulk of the time talking about the Magnitsky Act, which imposed sanctions on a number of Russian oligarchs.

Notes taken by Manafort on his iPhone and turned over to congressional investigators contain a number of key words and phrases related to that law. But the notes were ambiguous, and Manafort may be able to fill in the blanks.

Mueller may also ask Manafort whether the Russians were discussed at a separate meeting on June 7, two days earlier, between several of the same people, including Manafort, Trump Jr., and Kushner. Trump’s lawyer, Rudy Giuliani, told CNN on July 30 that the earlier meeting was on an unrelated subject.

Manafort could also be a source of information about a change to the Republican Party’s position on Ukraine made at the Republican National Convention in July 2016, where Manafort was leading the campaign’s efforts to secure the nomination.

Mueller has questioned witnesses about how the pro-Russia tweak was made to the party’s platform during the convention. The original language proposed that the party commit to sending “lethal” weapons to arm Ukrainians fighting to fend off Russian aggression. That language was softened in the official platform to “provide appropriate assistance” to Ukraine.

Manafort made more than $60 million working as a consultant in Ukraine for pro-Russian politicians before his time on the Trump campaign, according to court records.

Manafort also figured prominently in the controversial dossier assembled by former British spy Christopher Steele. In it, Steele says Manafort managed a conspiracy between the Trump campaign and Russia and specifically used foreign policy adviser Carter Page as an intermediary to communicate with Russians. Trump and Republicans say the dossier, which was funded largely by the Clinton campaign and Democrats, was a pretext used to start the Russia probe now run by Mueller.

Manafort spent a decade working for the pro-Russian political forces in Ukraine. But after Manafort’s main patron there, Viktor Yanukovych, was driven from the country’s presidency in 2014, Manafort’s cash stream dried up.

A bid to work with Ukraine’s Opposition Bloc, the political successor to the ex-president’s Party of Regions, went nowhere, leaving the international political strategist adrift. He came to work for Trump, first as convention manager, and then as campaign chairman and he reportedly did it for free, but perhaps not without strings.

Manafort had done business with Russian oligarch Oleg Deripaska, who is said to have close ties to Russian President Vladimir Putin. The campaign chairman offered to privately brief Deripaska in 2016, and attempted to convey that proposition through an intermediary, Konstantin Kilimnik, a Russian-Ukrainian political operative who is believed to have ties to Russian intelligence. Mueller added Kilimnik to a superseding indictment of Manafort in June.

Deripaska denied receiving the proposal or ever being briefed. There’s believed to be ill will between the men, stemming from Manafort’s alleged squandering of almost $19 million the Russian man provided a Manafort-led private equity fund attempting to acquire a Ukrainian cable TV network. Deripaska filed a lawsuit in a New York State court in Manhattan in January, although it was put on hold until the criminal proceedings were over.

In a note to Kilimnik floating the briefing idea, Manafort mused, “how do we use to get whole?” according to the Atlantic.

Mueller is believed to be looking into whether Trump broke the law by obstructing the Justice Department’s probe into his campaign’s ties to Russians, along with whether those ties violated U.S. law.

Some episodes the special counsel is looking into came during Trump’s presidency, well after Manafort was gone. But Mueller may have some questions about how Trump family members and campaign officials responded to the disclosure of the Trump Tower meeting with Russians.

Mueller may also want to ask Manafort whether the president or his aides sought to keep him or others silent in exchange for a possible presidential pardon or commutation.

Now that Manafort has agreed to provide the special counsel with unfettered cooperation, the likelihood of a Trump pardon may have diminished. But last month Trump publicly lauded Manafort in a tweet for refusing to “break.”

Donald J. Trump @realDonaldTrump I feel very badly for Paul Manafort and his wonderful family. “Justice” took a 12 year old tax case, among other things, applied tremendous pressure on him and, unlike Michael Cohen, he refused to “break” – make up stories in order to get a “deal.” Such respect for a brave man!Giuliani also acknowledged this week that the president’s defense team was cooperating with Manafort’s. Such joint defense agreements are common, but Manafort would be well-positioned to provide details, if his cooperation with the president went beyond legal boundaries.

On Friday, Giuliani dismissed the significance of Manafort’s cooperation deal. “Once again an investigation has concluded with a plea having nothing to do with President Trump or the Trump campaign,” he said in a statement. “The reason: the president did nothing wrong.”

Giuliani declined to comment on whether Trump is considering a pardon. He added that the president’s view that Manafort is a good man who’s been treated unfairly hasn’t changed after the plea deal and cooperation agreement.