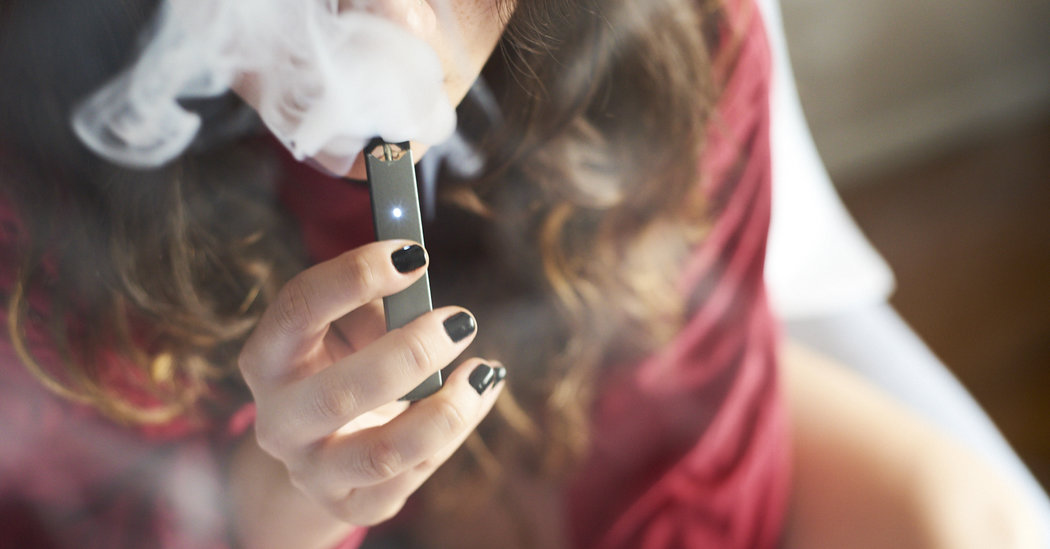 While the actions against the industry are alarming to the e-cigarette companies, they are also problematic for the F.D.A.

In July 2017, as part of a broad plan to reduce tobacco deaths in the United States, the F.D.A. extended the deadline for e-cigarette makers to comply with new tough federal guidelines, which, among other things, require companies to prove the e-cigarettes are beneficial to public health. In granting the five-year extension till 2022, Dr. Gottlieb said he would also force manufacturers to cut nicotine levels in traditional cigarettes, to render them nonaddictive. For that to work, he said, smokers needed more and better cigarette substitutes.

But in an interview, Dr. Gottlieb said the immense popularity of vaping among teens was not something he foresaw last summer, and the agency must rethink its policy — perhaps moving the deadline closer and requiring companies to gain F.D.A. approval to stay on the shelves.

The attorney general of Massachusetts, Maura Healey, who recently began an investigation into the marketing and sale of e-cigarettes to minors, praised the F.D.A. for its new tactic.

“We’ve worked too hard over the past 50 years to reduce smoking rates among young people to let these companies profit off of getting them hooked on nicotine,” Ms. Healey said. “This move by the F.D.A. is a good first step to shut down companies targeting minors.”

Juul spokeswoman Victoria Davis said recently that the company had already stepped up its own patrol of retailers who advertise to youths or who don’t enforce age requirements, as well as social media posts. But it’s not always easy.

From Jan. 1 through July 28, Ms. Davis said, Juul asked Instagram to remove over 5,500 posts, and the social media company complied on 4,562. Facebook Marketplace was less agreeable. The company agreed to remove 45 of 144 posts. Amazon took down 13 of 33.

Dr. Gottlieb said he was not impressed by the measures Juul and the other companies have taken.

“It didn’t have the intended impact or I wouldn’t be viewing the statistics I’m now seeing,” he said.