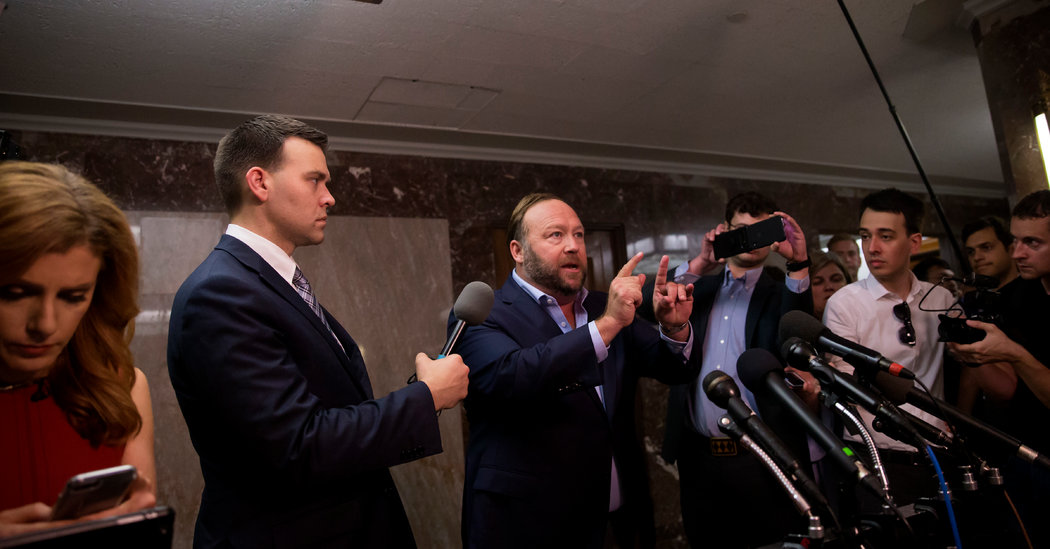 Court records in a divorce case show that Mr. Jones’s businesses netted more than $5 million in 2014. Court proceedings show that he and his then-wife, Kelly Jones, embarked on plans to build a swimming pool complex around that time featuring a waterfall and dining cabana with a stone fireplace. Mr. Jones bought four Rolex watches in one day in 2014, and spent $40,000 on a saltwater aquarium; the couple’s assets at the time included a $70,000 grand piano, $50,000 in firearms and $752,000 in silver, gold and precious metals, in a safe deposit box, court documents say.

People who have worked with him or studied his business said his revenues had probably continued to grow in recent years.

But his problems are mounting. At least five defamation suits against Mr. Jones, including three filed by Sandy Hook families, are moving forward. Last month, a Texas judge ordered Mr. Jones and officers in his web of limited-liability companies to provide depositions to lawyers for the parent of a Sandy Hook victim in coming weeks, testimony that could shed new light on Mr. Jones’ operation.

He is also facing complaints of workplace discrimination from two ex-employees, a fraud and product liability case and a nasty court battle with Ms. Jones, now his ex-wife. She says that the couple have spent a combined $4 million on their four-year battle over custody of their three children and disputes over the business.

At the same time, the crackdown on Mr. Jones in August by the social media giants — he has been largely banned by Facebook, YouTube, Apple, Spotify and even Pinterest — poses a severe test by limiting his access to his audience. The early evidence is that the bans have substantially reduced his reach, and that was before Twitter imposed a permanent ban on Thursday on his account and the account for Infowars, depriving him of his last major social media channel.

As a result, he is being forced to rely even more on his Infowars site, his mobile app and his radio show, which is heard on more than 100 stations nationwide.