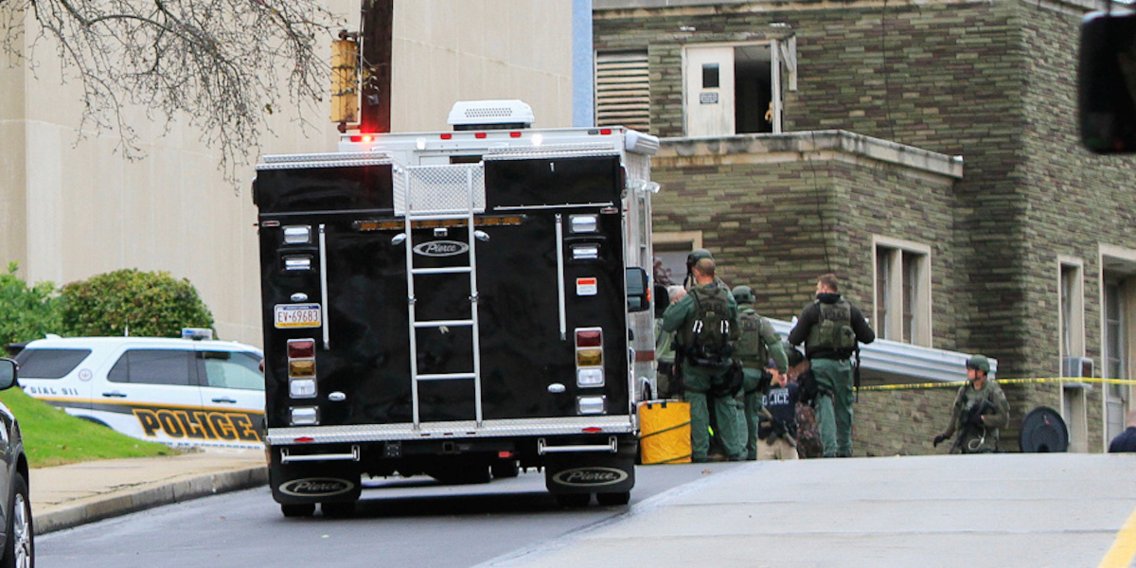 A gunman armed with an AR-15 and handguns stormed the Tree of Life Synagogue in Pittsburgh on Saturday, killing at least eight and injuring at 12 more.

The suspected gunman, 48-year-old Robert Bowers, was arrested at the scene after firing upon officers when they first arrived, wounding at least three.

The local CBS affiliate KDKA reported that the gunman was also wounded and was crawling on the ground from his injuries.

Bowers is believed to live in the Versailles borough of Pittsburgh, and has been described as a heavy set, white male with a beard, KDKA reported.

Since 1996, Bowers has legally bought at least six firearms, according to CNN, citing a law enforcement official.

He reportedly entered the synagogue shouting “All Jews must die,” and had written anti-Semitic posts on social media. Pittsburgh authorities tweeted that the “shooting will be prosecuted as a Hate Crime and the FBI will be leading the investigation.”

An hour before the shooting, Bowers wrote on a social media platform called Gab under the name One Dingo that “HIAS likes to bring invaders in that kill our people. I can’t sit by and watch my people get slaughtered. Screw your optics. I’m going in,” according to Heavy.com.

Read More: Here’s everything we know about Gab, the far-right’s alternative to Twitter

Gab promotes itself as a free speech platform, which many white supremacists have turned to after being kicked off Twitter and other websites.

Bowers wrote on his Gab profile that “jews are the children of satan.” He also made several anti-immigrant comments, Heavy.com reported.

Bowers was apparently opposed to the Trump administration, saying he did not vote for Trump and reportedly calling him a “globalist, not a nationalist.”