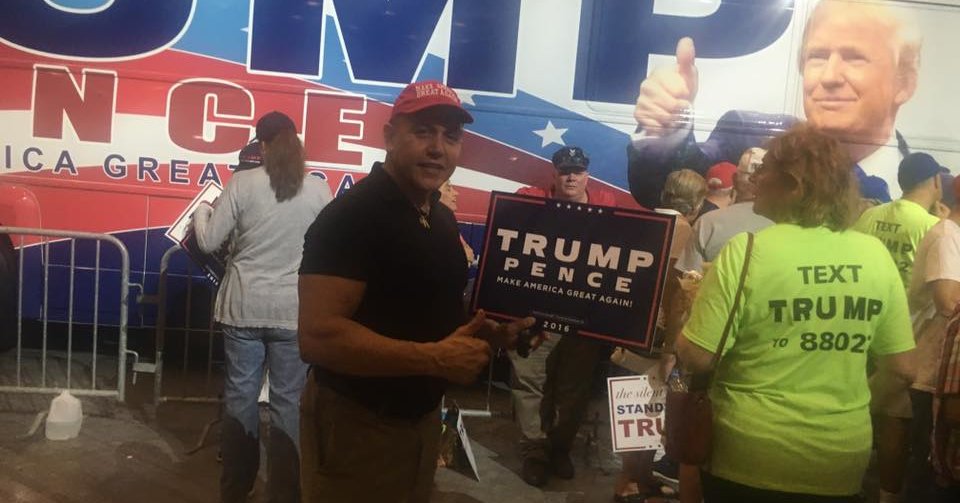 While Mr. Sayoc’s sisters are successful and his mother ran her own cosmetics business, Mr. Sayoc bumped between jobs, arrests, apartments and his van. He once lived in a comfortable neighborhood of single-story homes in the Coral Ridge Isles neighborhood of Fort Lauderdale, but lost the home in a 2009 foreclosure.

His finances deteriorated to the point that he filed for bankruptcy in 2012, saying that he had just $4,175 worth of assets. But he still struck an outward posture of success. During a 2014 deposition in a labor lawsuit between a DJ and the owners of a South Florida nightclub, Mr. Sayoc boasted that he had played professional soccer for A.C. Milan in Italy and arena football in Arizona. He also claimed he owned a dry-cleaning business and was studying to be a veterinarian.

“He was the kind of guy who was maybe sweeping floors at Apple, but would tell you he and Jobs invented the computer together,” said David M. McDonald, a lawyer in Miami who represented the nightclub owners in the labor dispute.

Just a day before he was arrested, with a huge national manhunt closing in on him, Mr. Sayoc showed up on Thursday to work as a D.J. at Ultra, a strip club in West Palm Beach, said the club’s manager, Stacy Saccal.

Mr. Sayoc worked at the club for about two months, and Ms. Saccal said there had been no concerns about his performance or behavior. But Ms. Saccal had begun to notice that Mr. Sayoc might be in financial distress: On Monday, she started to suspect he might be living out of his van. A bartender told her Mr. Sayoc was cooking something that smelled like fish in the D.J. booth.

Earlier in his life, he had pinged around the Midwest for a time. In 1995, he was charged with theft by swindle and possession of half a gram of crack cocaine in the Minneapolis area, according to a statement from prosecutors in Hennepin County.

He had a short-lived marriage to a woman identified in court papers as Roberta Altieri that ended in divorce in Oklahoma City in 2004, according to court records. Billie Mode, the mother of his ex-wife, said the couple worked in strip clubs and were married just two months.