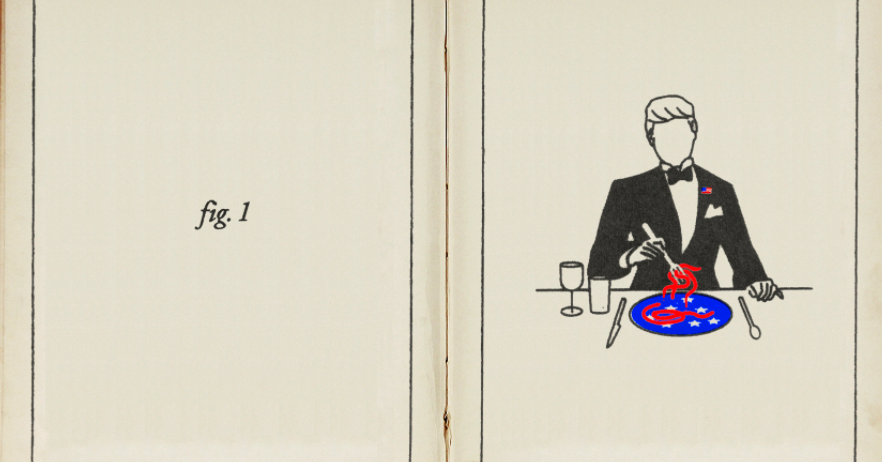 Republicans used to care a lot about how a president comports himself, and whether he acts at all times with the dignity his station demands.

“Is President Obama Disrespecting the Oval Office?” Fox News asked in 2010, with a link to images of Mr. Obama and his aides tossing a football, or eating apples just inches from the Resolute desk.

“I do expect him to send the message that people who are going to be in the Oval Office should treat the office with the respect that it has earned over history,” Mr. Card said.

But hey, that was then! In 2017, there’s a whole new bar for tolerable conduct by the commander in chief. Our original guide cataloged several dozen examples. Almost five months later, it’s clear that an update is necessary. This expanded list is meant to ensure that Paul Ryan, Mitch McConnell and other congressional Republicans never forget what they now condone in a president.

So, if you are the president, you may:

Refer to the White House as “a real dump”

Spend the weekend golfing at your private club while the mayor of an American city wades through sewage-filled water to help citizens after a catastrophic hurricane, then accuse that mayor of “poor leadership” when she criticizes your administration’s slow response to the storm

During a visit to some of those victims, throw rolls of paper towels at them and tell them they should be “very proud” that only 16 people have died so far, unlike in a “real catastrophe”

Campaign hard for a Senate candidate; then when he appears likely to lose, say “I might have made a mistake” and later delete your tweets supporting him

Say nothing when a foreign leader’s bodyguards brutally attack peaceful protesters in the streets of Washington, D.C.

Help draft a misleading statement about the purpose of a meeting between your son, other top campaign aides and representatives of a rival foreign power intent on interfering in the election

Mock a female television anchor’s appearance, saying the anchor was “bleeding badly from a face-lift” at a holiday gathering at your private resort

Welcome into the Oval Office a man who threatened to assassinate your predecessor, whom he called a “subhuman mongrel,” and who referred to your political opponent as a “worthless bitch”

Continue to deny that Russia attempted to influence the presidential election, despite the consensus of the American intelligence community — and yet also blame your predecessor for not doing anything to stop that interference

Grant temporary White House press credentials to a website that, among other things, claims that Sept. 11 was an “inside job” and that the massacre of 20 schoolchildren in Newtown, Conn., was a hoax

Claim that an investigation into your campaign’s possible collusion with a foreign power is “the single greatest witch hunt of a politician in American history!”

Without consulting anyone at the Pentagon, announce a new policy barring transgender soldiers from serving in the military

Continue to repeat, with admiration, a false story about an American military general committing war crimes

Mock the mayor of a world city for his careful, sober response to a terrorist attack

Tell Americans that a march of torch-carrying white supremacists and neo-Nazis includes “some very fine people” — and when one of those marchers murders a peaceful counterprotester, condemn violence on “both sides”

Run an administration whose ethical standards have, in the words of the federal government’s top ethics enforcer, made the United States “close to a laughingstock”

Profit off the presidency, accepting millions of dollars from foreign government officials, businesses, politicians and other supporters who pay a premium to patronize your properties and get access to you — while also attempting to hide the visitor lists at some of those properties from the public

Promise to drain the swamp, then quietly grant ethics waivers to multiple former industry lobbyists who want to work in your administration

Tell a lie, on average, more than five times a day

Call for criminal investigations of your former political opponent, seven months after winning the election

Shove aside a fellow head of state at a photo-op

Delegitimize federal judges who rule against you

Fire the F.B.I. chief in the middle of his expanding investigation into your campaign and your associates

Accuse a former president, without evidence, of an impeachable offense

Blame the judiciary, in advance, for any terror attacks

Call the media “the enemy of the American people”

Accept foreign payments to your businesses, in possible violation of the Constitution

Claim, without evidence, that millions of people voted illegally

Fail to fire high-ranking members of your national security team for weeks, even after knowing they lied to your vice president and exposed themselves to blackmail

Hide the White House visitors’ list from the public

Vacation at one of your private residences nearly every weekend

Use an unsecured personal cellphone

Review and discuss highly sensitive intelligence in a restaurant, and allow the Army officer carrying the “nuclear football” to be photographed and identified by name

Hire relatives for key White House posts, and let them meet with foreign officials and engage in business at the same time

Display complete ignorance about international relations, your own administration’s policies, American history and the basic structure of our system of government